Björk’s ninth studio album, Utopia, was announced last summer, with the promise of a supporting tour this year. That tour kicked off with the two special ‘dress rehearsals’ – an apt description, as the ethereal costumes and backdrop for the tour are as eye-catching as the music is captivating - in April in Háskólabío Theater in the artist’s native Iceland.

Björk’s ninth studio album, Utopia, was announced last summer, with the promise of a supporting tour this year. That tour kicked off with the two special ‘dress rehearsals’ – an apt description, as the ethereal costumes and backdrop for the tour are as eye-catching as the music is captivating – in April in Háskólabío Theater in the artist’s native Iceland. Headline appearances at the All Points East festival in London and Primavera Sound in Barcelona followed in May, with We Love Green Festival in Paris and Northside Festival in Arhus in June. A run of own headline shows will follow for July, including The Eden Project UK, Gent, Rättvik, Helsinki and Rome. Front of House engineer John Gale joined Utopia’s touring team during its production stage in March, choosing a DiGiCo SD12 as his preferred method of control, that rental company CS Audio purchased from SSE Audio Group.

John is a long-time DiGiCo proponent, having cut his teeth on the original D5 Live and D1 during his days at Sound By Design (now Delta Live) in the early 2000s, where he used them on some very large input shows, including multiple band TV shows and classical concerts. He quickly fell in love with their sound and the versatility of their high channel and buss counts.

When John joined Utopia Live, he realised that the nature of the show meant he would need to run multiple time-coded Snapshots. He considered all the options and decided that the only console that would work was a DiGiCo, with the SD12 chosen for its functionality and the format of the surface, which suited the needs of the tour perfectly, it’s small footprint being ideal for both festivals and theatres, as festival towers in particular can be tight on space.

“Björk spent a long time producing and mixing the album and was very specific about the effects she wanted, in particular the panning of the flute ensemble,” John explains. “She has an incredible ear for things and discussed with me that she really wanted these details to translate over into the live shows.”

John was sent the album sessions in advance and spent time before rehearsals programming the data across into the SD12 as Snapshots, with a timecode references for each change.

“Much of the show runs on timecoded Snapshots,” he says. “In some songs, there are only one or two moments where a Snapshot fires a change, but in others I may have 20 Snapshots dealing with various elements, whether that’s simply flute panning or bringing in and out various effects sends and returns, or relative fader levels for the band. I absolutely love the recall scope and safe functions of the DiGiCo, it’s the most versatile way of working and anything feels quickly achievable.”

John also loves the Dynamic EQ. As he is not using any external processing on the band, he relies heavily on the Dynamic EQ section to keep certain elements in check. The sounds that come out of Manu Delago’s ‘percussion corner’, in particular, can be very varied and a bit of well placed Dynamic EQ helps keep things tidy without compromising the sound.

“When I first got the confirmation for the job I knew I would need to do a bit of homework to make sure I was ready for rehearsals, particularly with regards to time-coding the Snapshots,” he says. “We had to send all the equipment to Iceland for production rehearsals several weeks ahead of our start, so I called up Tim [Shaxson] at DiGiCo and he kindly invited me down to the demo room in Chessington, set me up with the SD12, a DiGiGrid MGB, endless cups of tea and let me programme away for the day. This was invaluable and just the sort of support I have become accustomed to receiving from DiGiCo.”

At the beginning of production rehearsals, John had around 80 inputs on the console, not all of which were relevant to FOH (timecodes, various clicks, tech shout mics, etc) so ultimately everything fitted into the 72 inputs of the SD12 with some spare capacity. Monitor engineer Finnur Ragnarsson’s SD8 at the monitor position also had spare capacity. As rehearsals progressed, the team slowly managed to streamline elements down to about 64 inputs spread across two stage racks.

“Things often change during the creative process, so it’s good to have a bit of contingency built in as it can easily expand,” says John. “I also chose to bring a few elements into stereo busses using the ‘Merge’ function to save myself input channels (i.e. the Pro Tools FX returns), which is a great option to have available.

“Audio quality is a given, having two 15″ screens is fantastic and I love the assignability of the two master faders which I have assigned as something completely different. It’s also great that both banks can be assigned as anything and that it’s fully dual operator. At the rehearsal stage Björk is quite hands on and likes to push faders, so it was very easy to give her a bank and still be working on something else myself on the other bank. There are lots of other small details, too, like having a quarter inch and mini-jack for the headphone outputs. It also works really well outdoors with brighter screens and LED metering, and the extra DMI slots make it really very versatile as a console.”

Two local MADI streams from the SD12 send and receive to dual redundant Pro Tools rigs; there are some timecoded live effects for specific moments on the vocals and flutes that Björk wanted to implement from the studio album sessions, so the MADI streams feed two independent computers. A MADI switcher brings both machines back into the first MADI stream, auto-switching in a sample if there should be a problem with the main machine. For all other live effects – percussion, etc., – John uses the console’s onboard FX, with no outboard other than an Avalon 737 inserted on the main vocal, which he uses simply as a grab EQ.

John also chose to expand the DMI slots of the console with two additional MADI cards, allowing him to run a DiGiGrid MGB for live recording and virtual sound checking over MADI BNC, which has proven invaluable for programming without the musicians present.

All other I/O is via an optical loop, which has the SD12 and a local SD-Mini Rack on it, which is mainly distributing timecode at FOH. At the stage end, there is the monitor SD8 and two SD-Racks, fully populated with analogue input and output cards. Console send and receives are also deployed in the optical loop, bussing a stereo flute group and some FX from the FOH Pro Tools rig to monitors, and to distribute the shout system. Finnur was happy to use Gain TrackingÔ, so he and John look at the same racks.

“I love the sound of DiGiCo, it’s so clean and it’s warm,” says John. “The preamps have always been fantastic, right from the early days of the D5, and the way it busses together sounds great. With some digital consoles, as you add more inputs you can really hear the bussing start to degrade. With DiGiCo, it sounds great all the time, however many inputs you throw at it. I also love that the SD7 and the SD12 sound equally as good as each other and I’m very excited to try the SD 32bit pre-amp cards. I think DiGiCo are one of the best sounding consoles on the market”.

“I am very happy with the desk. We’re about half way through this initial run of shows and it’s performing perfectly. It does everything I need it to do and sounds great. The show has been receiving great reviews and All Points East in Victoria Park was a particular highlight. I am so happy I made the choice to run with the SD12. It’s a fantastic desk.”

I love the sound of DiGiCo, it's so clean and it's warm, I also love that the SD7 and the SD12 sound equally as good as each other and I’m very excited to try the SD 32bit pre-amp cards. I think DiGiCo are one of the best sounding consoles on the market 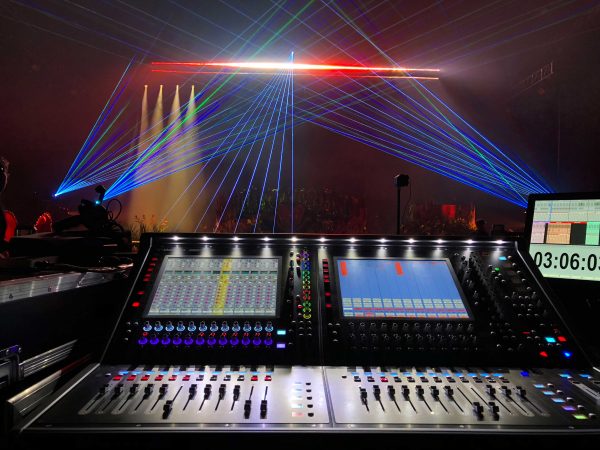 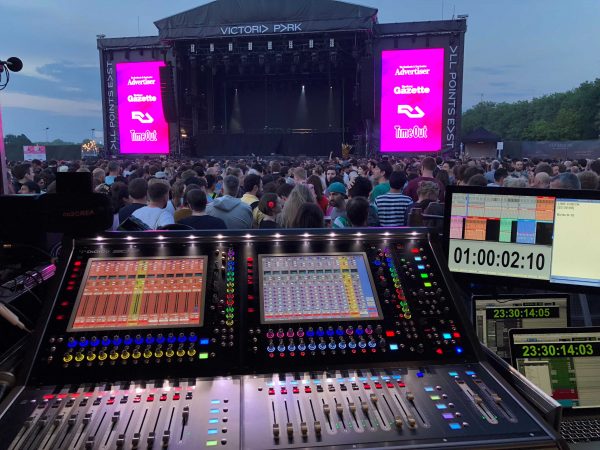 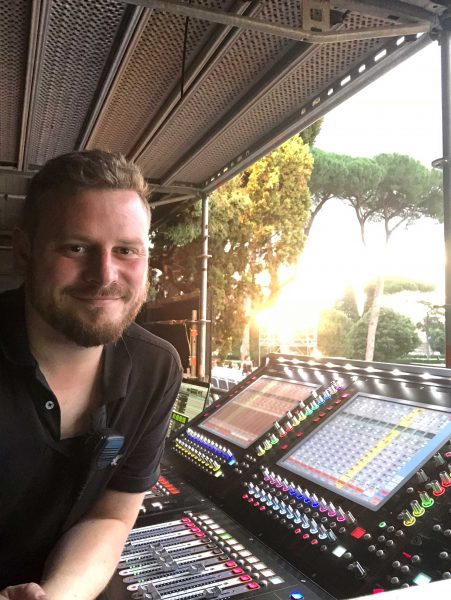