DETROIT, Michigan - August 2018 - When Darcy Khan looks out over the meter bridge of the DiGiCo SD7 console he’s mixing multi-platinum, Grammy-nominated Logic’s The Bobby Tarantino vs. Everybody Tour through, he’s keeping an eye on more than the LEDs.

DETROIT, Michigan – August 2018 – When Darcy Khan looks out over the meter bridge of the DiGiCo SD7 console he’s mixing multi-platinum, Grammy-nominated Logic’s The Bobby Tarantino vs. Everybody Tour through, he’s keeping an eye on more than the LEDs. This 33-date summer amphitheater and arena tour, which began June 8th in Boston and wends its way cross-country through major North American shed venues with PA and consoles provided by Thunder Audio Inc. has been passing through some of the summer’s hottest spots—literally.

“It was 114 degrees Fahrenheit (45 Celsius) in Phoenix when we were there,” recalls Khan, who’s also been the FOH mixer on tours for Kanye West and OutKast, and owns backline provider Stage Audio Productions in Atlanta. “It was hot!” But the SD7 wasn’t. After watching the internal temperature of previous consoles edging as high as 118 (48C)—and watching global temperatures inching up over the last several years—Khan decided not to take any chances. “In the past, we had to bring out additional fans and dry ice to keep the console temperatures in check. The SD7 has never gotten above 107 degrees (42C). It’s never overheated, never had a failure.”

And the SD7 has another feature that Khan finds critical during summer tours now: two processing engines, A and B, that are mirrored, so any failure is immediately and seamlessly picked up by the second engine. “First and foremost, I need reliable redundancy,” he says. “And the SD7 has that.”

Khan is also a fan of the SD7’s feature set. For instance, the desk’s multiband compressor: “Sometimes Logic cups the mic, sometimes he doesn’t, and I never know when, so the multiband compressor lets me keep up with him and keep the vocal level smooth,” he explains. Khan also commends the DiGiTube tube-emulator feature, available on every SD7 channel and buss thanks to Stealth Core 2 processing.

But Khan saves his biggest accolades for the SD7’s sonics. “What I love best is that I can run the console at 96 kHz,” he says. “The clarity of the vocal is incredible, and it’s consistent throughout the frequency range. I have the bottom down to 40 Hz through 32 subs, and plenty of low-mid and high-mid, and all of it is crystal clear. Intelligibility is at a hundred percent, from top to bottom. That’s an extreme challenge for a console, and the SD7 handles it easily.”

Meanwhile, in monitor world, Dane Tarmann, who is on his seventh tour with Logic, is also running an SD7, not only managing the IEMs onstage but also using the SD7 as part of the intercom network, coordinating a dozen talkback microphones that keep the artist, the musicians and the crew interlinked on the production radios.

“It’s a way of working that I think is becoming more common in monitor world, because it really facilitates communications before and during the shows,” he explains. “What makes that possible, and what makes the SD7 such a great monitor console, is the flexibility of its workflow. Having the two fader banks on the center tile is very helpful—I’m constantly moving between mixes and that lets me leave the VCA mix where I want it and just use the busses on top. I also do a lot of subgrouping of inputs before they hit the monitors, and the SD7 gives me a lot of flexibility for that, too. In fact, it’s why I use the SD7 in the first place—no other console gives me that kind of flexibility.”

The SD7’s twin engines haven’t failed Tarmann either, but he says he does periodically switch between them, to make sure that the consoles aren’t the source of any workflow glitches. “We have a lot of laptops running during the shows, so there are a lot of points where problems can happen, and the ability to switch engines is a great trouble-shooting capability,” he says.

Contemporary live shows can seem remarkably sparse onstage—Logic tours with just two keyboard players and a DJ spread across a large, video-lit stage that seems barely able to contain the artist’s kinetic energy. The reality is that between multiple backing tracks that are time-coded (as is the lighting and video, which rely heavily on Avolites Ai media-server software) but that also have to turn on a dime as Logic leads the show, there’s an enormous amount of I/O to manage. That’s where the SD7 shines. “Easy to understand, easy to use, and very flexible,” says Tarmann. “That’s why we use it.”

What I love best is that I can run the console at 96 kHz,” he says. “The clarity of the vocal is incredible, and it’s consistent throughout the frequency range. 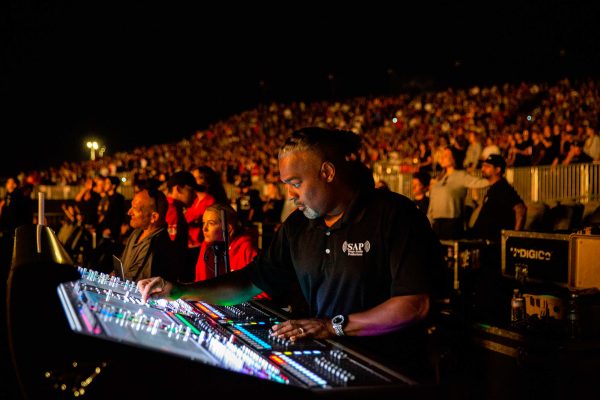 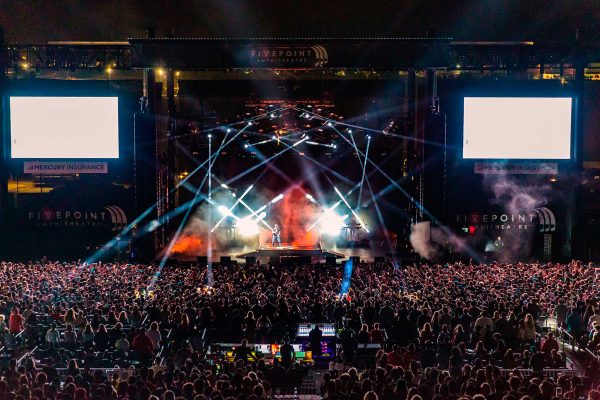 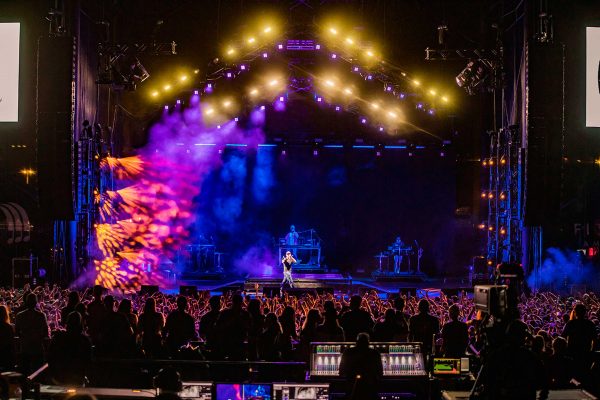