NASHVILLE, Tennessee – September 2022 – Country-pop singer/songwriter Kelsea Ballerini just released her fifth studio album, Subject to Change, on September 23, following it up with the first US leg of her Heartfirst Tour kicking off at NYC’s Radio City Music Hall the very next day. What hasn’t changed, however, is her audio crew’s reliance on a pair of DiGiCo Quantum338 mixing consoles that Nashville-based Spectrum Sound has been supplying the artist with since her opening slot on last fall’s Happiness Begins Tour with Jonas Brothers and Jordan McGraw.

Chris Diener has served as Ballerini’s production manager and FOH engineer since late-2017 when he joined the core crew during the release of her second album, Unapologetically. “My first show with Kelsea was actually in her high school gymnasium—a perfect acoustic environment for anyone’s first show, right?” he laughs.

Although Spectrum has provided control and PA packages for Ballerini since 2019, the switch to the Quantum platform last year was an “instant eye-opener,” says Diener. “I’ve been a DiGiCo user since 2012 when I first was able to get on an SD10, which I loved for its routing flexibility, user setup versatility, and Optocore integration, so transitioning to the Quantum interface was pretty exciting for us,” he says, referring to himself and monitor engineer Chris Newsom. “I had heard tale about the Mustard and Spice Rack features and was very curious as to what they were all about. When we first got on the desks, I spent a bunch of time going through each compressor, every preamp modeler, and all the new features. I found that I was really able to cut back on a lot of external processing and use what was on the console. The Quantum platform is a really great clean slate in which you can imprint your sonic signature of choice and paint whatever picture you’d like. The new features are also a great way to get into some new but time-honored sonic coloration.”

In addition appreciating the Quantum processing, Diener notes that he finds the console’s worksurface to be intuitively laid out and remarkably efficient. “It has everything I need on the top layer and it’s just incredibly fast for me now,” he shares. “I have Kelsea’s vocal on the first Master Fader and I use the second Master Fader for a delay throw. The Macro section is huge for me as well; I have a pair of nearfields that I can manipulate what is being sent to on the fly. And, again, I can’t say enough about how I’ve loving the Mustard processing. The FET and VCA comps are a huge favorite of mine. I love the preamp model on things like snare and bass. And the flexibility of the DMI cards is also a huge plus—there are just so many options to tailor this console to my specific needs.”

For the Heartfirst Tour, Diener reports that he’s working with approximately 80 inputs split between an SD-Rack and SD-MiNi Rack on stage, both fully loaded with 32-bit I/O modules, which are “yet another level to the high headroom transparency that is DiGiCo,” he says. Another SD-MiNi Rack, also loaded with 32-bit cards, is stationed at FOH to handle some outboard duties. “Everything comes in to the SD-Racks and gain is set by Chris onstage,” he says. “It all comes to me via Optocore and right out the Copy Audio page to my record computer via a DiGiGrid MGB interface. And, for what it’s worth, being able to share a rack with my monitor engineer and pass audio back and forth over the Console Send and Receive ports is just such an absolute convenience.”

Diener takes a stemmed approach to his mix with the Quantum338 that helps keep things in groups and gives him the ability to process parts or combinations of parts. “Kicks are processed individually on the channel side, then bussed to a kick group,” he describes. “The kick group goes to both ‘drum dry’ and ‘drum crush’ groups, and then the drum groups go to a band group prior to the master bus. I do the same with electrics, acoustics, keys, and et cetera. It’s nice to be able to process each of these parts as much or as little at any point in the chain. Everyone has their way of doing things, but this is why I love the DiGiCo architecture. Group to group is my approach and I find a lot of flexibility there.”

For Chris Newsom, who is manning monitor mixes for Ballerini and her band, DiGiCo has long been his desk of choice, too, going back to an SD8 in 2015. “When I came into the Kelsea camp last year, the Quantum338 was already in place for me, so it was an easy transition,” he says. “I am mixing for five musicians and three techs, and we run all IEMs and a drum sub.” The instrumentation is a combination of live drums, bass, and guitars, both electric and acoustic, as well as tracks.

“Mix-wise, I like to keep things simple,” he continues. “I came up mixing on analog consoles and I still try to mix as analog-like as possible. That being said, I do enjoy being able to create macros on the Quantum338 to assist me with some cues for my musicians during the performance. Not having to leave Kelsea’s mix to make a change or look down at the screen to make sure the correct row of knobs is highlighted and ready to be turned gives me some piece of mind during the shows. I love mixing on a DiGiCo and particularly enjoy having the three touchscreens of this console at my disposal. The more information I can have without having to go searching, the better.”

Diener also appreciates the Quantum338’s screens, especially their stunning 1000-nit brightness. “The touch screens are great and highly visible in the daylight, which is wonderful,” he says. “It’s always fun to take the console lid off each day and watch the people flock over to check them out.”

Products are truly only as good as their related levels service and support, and he adds that DiGiCo has that in spades. “We have been really fortunate to be in the position we’re in to use such fine products and work with the great people at both Spectrum Sound and Group One [DiGiCo’s US distributor]. It’s not lost on us that we are using some of the best audio products in the world and it’s an honor to be able to do that each day. The people at both of these companies are fantastic and it’s super comforting to know if that if I ever have a question or an issue, I can immediately get on the phone and someone will have an answer. The knowledge base is so vast and the community is so helpful, and those levels of service and support combined with great reliability are a few of the main reasons that we keep asking for DiGiCo on our touring riders.” 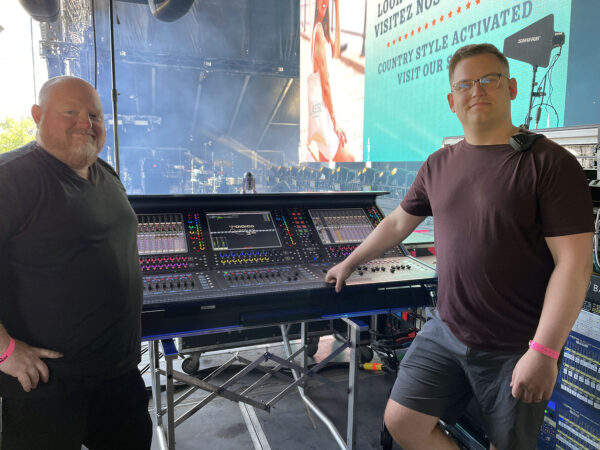 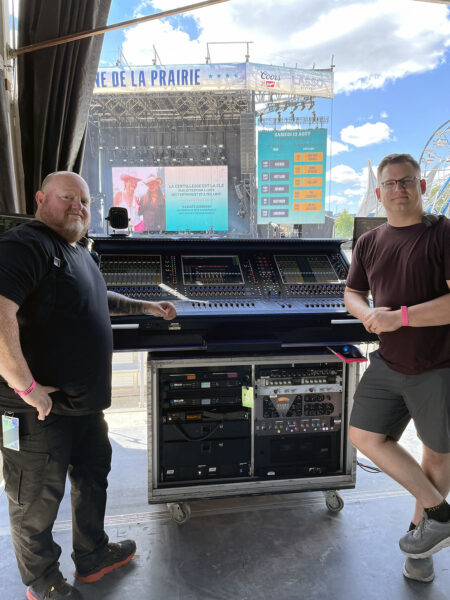 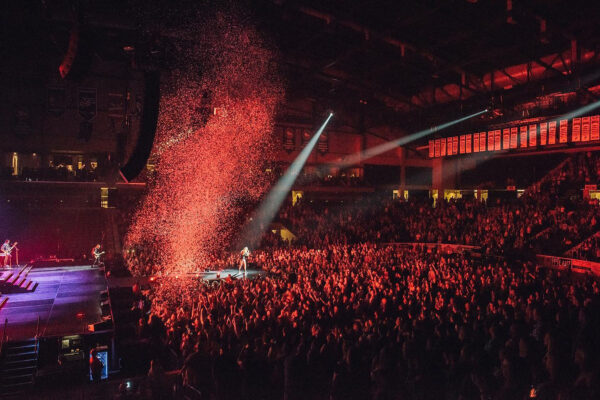