DiGiCo SD7 – The Only Console For Coldplay

Why does a four-piece band need the gargantuan capacity of a console like the DiGiCo SD7s? Because they’re Coldplay and they can? Maybe. But when you hear about the complex setup of one of the world’s most successful band’s live shows, you will understand there are undeniable reasons why the SD7, and only the SD7, will do.

Why does a four-piece band need the gargantuan capacity of a console like the DiGiCo SD7s? Because they’re Coldplay and they can? Maybe. But when you hear about the complex setup of one of the world’s most successful band’s live shows, you will understand there are undeniable reasons why the SD7, and only the SD7, will do.

Although he looks way too young to have already had such a lengthy career, Daniel Green has been Coldplay’s Front of House engineer and co-producer for almost 20 years. Coldplay are, it seems, a band that engenders loyalty, with Tony Smith, Audio Desginer, FOH tech and crew chief, racking up 15 years of service and Chris ‘Woodsy’ Wood on monitors 17 years. All are integral to the band, but Daniel – who’s title on tour is Audio Director – also collaborates on the vision of how each song will be presented on stage, a process that starts in the studio.

“Live performance is such a big part of Coldplay. When creating new songs, we always consider how they will be performed live,” says Dan. “Once the album is nearing completion, I’ll work with each member of the band to develop their sounds and tones for each song. Also, creating ways to perform the songs in a live context.”

The tour, however, is not a reproduction of Coldplay’s studio work. Sounds are changed for certain elements to make ‘live’ tracks and, despite the band being incredibly accomplished, for arena and stadium shows there are inherent limitations to the sound that just four people can make and there is a little bit of what Dan refers to as ‘bolstering’, which is where the use of the SD7 starts to make sense.

“We have a regular drum kit of 12 mics or so, but each one of those has triggers for various songs,” Dan explains. “For example, there might be an electronic drum sound and, rather than put those beats on track, we want to be able to play them ‘live’. That means we have all the electronic drums as inputs, which is like adding another complete band.”

All this, of course, adds to the input count. The setup is then replicated on a B stage, plus there is an acoustic C stage.

“We do as much as we can to combine things,” Dan continues, “but we’ve found that by doing that you end up not having the flexibility you need.”

Capacity is therefore key – at last count, the channels at FOH ran to a whopping 192 going to a Live Pro Tools record – but that’s not the end of the story. The SD7s, supplied along with the rest of the PA by Wigwam Acoustics, have also been chosen for their versatility and their sound quality, with the touring set up comprising an SD7 and SD Rack at FOH, deployed for peripheral outboard kit, and another SD7 with two SD Racks at monitors. The SD Racks Gain Track, with Dan making good use of the agility of the SD7’s worksurface, customising it to be exactly how he wants it.

“We also have an SD RE with a Nano for additional I/O and an SD10-24 if we need to mirror to them and to have a control surface to work on, but that rarely comes out,” says Tony. “We also have an SD11 for Jack Murphy, PA system tech, to use for time alignment for his peripheral gear, which just makes things easier. Everything is on an Optocore loop, apart from the SD11. It’s the versatility, the I/O and what we can string on to the system that makes the setup work for us. We’re running two loops with four core fibre, because we’ve maxxed everything out. There are no inputs left on the two loops, and just a few outputs. That equates to 128 inputs per band member; we have FOH on one loop and monitors on the second loop.”

Every single note is recorded and used for virtual sound checks, live albums, new song demos, etc., with 32 channels of ambient mics negating the need for an OB truck for one-to-one recording, but for live broadcasts, stems are sent to an OB truck via the FOH console.

“Everything we record gets used, even if the band is just jamming,” says Tony. “We have a ‘crash’ record as well, just in case we lose anything. It’s key to what the band is after and what we need for running up the PA.”

“The bussing infrastructure of the SD7 is amazing,” adds Dan. “When we do a live event, I send various stems out to the broadcast truck and the SD7 enables us to dial all that in. And I use a lot of Snapshots; if I find myself doing something more than twice, I’ll make a Snapshot for it. Having a large quantity of faders at my fingertips is also a big thing for me. As much as the Snapshots are important, I like them to be doing things that I don’t want to spend time on, so I can concentrate on mixing the band – that’s what I enjoy most and it makes every show slightly different. It’s exciting for me as well.”

At monitors, Woodsy is using an SD7 quite simply because it can do everything he needs it to do.

“I don’t do anything out of the ordinary; the show is big and complicated enough without trying to make it more so,” he says. “But I am using pretty much everything the SD7 has. I’ve got just six spare channels of processing, so it’s pretty full. As well as the three stages, there’s a shout system with mics all over the place for the crew, which gives me about a dozen inputs. A lot of the crew have Aviom personal monitors, which gives me another 16 outputs just for them. It all adds up. There’s one pair of wedges on stage and some shakers, everything else is all in ears. The whole system is reliant on networking. Ali Viles, our RF tech, has two systems, so what I send out of the monitor consoles goes to both of our two Racks separately and to two separate in-ear transmitters, so there’s an element of redundancy.”

“There aren’t many desks on the market that can deal with the amount of inputs we’ve got,” says Dan. “The SD7 is the hub of our whole audio setup and now with the 32-bit mic preamp card, DiGiCo has really raised the bar in audio quality.”

“The support we get from DiGiCo is also really important,” concludes Tony. “The whole package is great and works so well for us. And, as we keep getting great reports from the band, promoters and venues, I think we’ve got it nailed!”

There aren’t many desks on the market that can deal with the amount of inputs we’ve got, the SD7 is the hub of our whole audio setup and now with the 32-bit mic preamp card, DiGiCo has really raised the bar in audio quality. 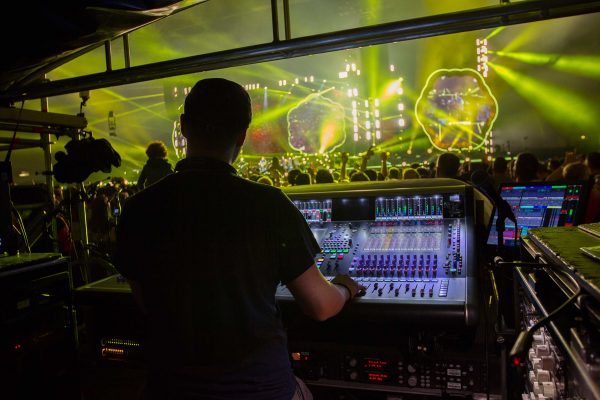 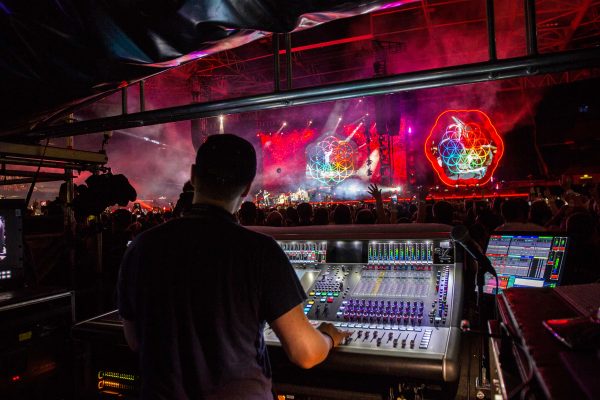 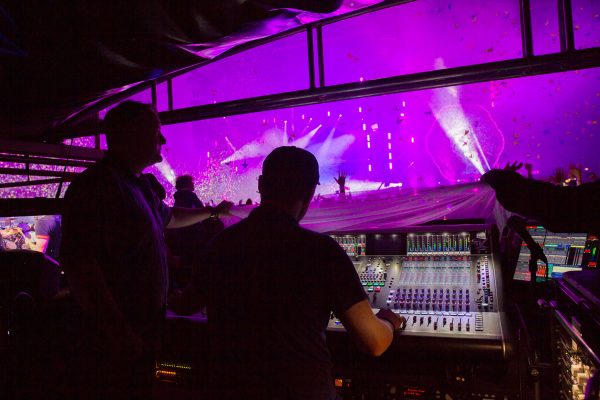