NASHVILLE, Tennessee – At only 25 years old, Kane Brown has already accomplished more than most major country stars twice his age. Case in point, in October 2017, he became the first artist to have simultaneous number ones on all five of Billboard’s country charts. Now, with three American Music Awards, a CMT Music Award and four 2019 Billboard Music Awards nominations to his name, Brown very recently wrapped up his first headlining arena tour of the US in support of his second and latest album, Experiment.

Billed as the Live Forever Tour—with Granger Smith as the primary opening act, plus RaeLynn, Danielle Bradbery, and Jimmie Allen all on rotation—the jaunt made 22 stops throughout the Southern and Midwestern states. Clair Global supplied both the PA and console package, which comprised a pair of DiGiCo SD10 desks for FOH and monitors, as well as a single SD-Rack clocking at 96kHz.

Nashville-based David Loy, who has served as Kane Brown’s FOH engineer for the past two years, says that the specification of two SD10 desks was a joint decision between FOH and monitor worlds. “We were on SD9s for a year, and, at first, I wanted to get SD12s,” he says. “But once Adam [Hart, monitor engineer] and I began creating the input list, discussing the monitor bussing/matrix needs, and did a couple of flydates on SD10s, it became clear that SD10s were the right choice.”

Loy notes that he became a fan of DiGiCo three or four years ago when he first used an SD10 with Sturgil Simpson for his Sailor’s Guide To Earth tour. Then, after mixing monitors on a smaller SD9 with RaeLynn for her supporting slot on Blake Shelton’s Doing It To Country Songs tour, Loy immediately requested an SD9 for Kane Brown when he signed on as his FOH engineer.

“As much as I loved the SD9s, moving from those desks with their 48kHz DiGiRack preamps to the SD10s with 96kHz SD-Rack preamps was pretty impressive and noticeably made a great thing even better,” he shares. “I was definitely a fan from the beginning of rehearsals. The sound on this tour has been extremely consistent and we’ve been very pleased. The most important element of this show is, of course, Kane’s vocal. It’s one of the most surprising things about his music. Most people are shocked when they see him then hear that deep of a voice when he sings, so I naturally do my best to make that as clear as possible each night—all the while keeping an energetic and rocking band just as present in the mix. Good depth, clarity, and separation are what I need from a console and DiGiCo has always provided this from their products. And with Clair’s Cohesion rig, every time Kane scoops down low in a verse or bridge, my eyebrows raise because you can feel it in your chest. That’s the kind of energy I’m going for every night.”

The sonic improvement was also quickly appreciated on the other end of the figurative snake. “Once we started using the SD10 at a few shows in 2018, the choice was obvious for me,” says monitor engineer Adam Hart, who has also mixed for Aubrie Sellers and Walker Hayes. “And the switch to 96kHz was recognized by the band instantly on the first day of rehearsals, too. They love the clarity and openness the improved resolution brings.”

On the Live Forever Tour, Hart used his SD10 desk to provide ten stereo IEM mixes—for Brown, lead and rhythm guitars, bass, drums, keys, “utility” (fiddle, ganjo, banjo, dobro, etc.), two tech mixes, and one more for guest vocalists, as the opening acts each made an appearance at some point during every show. “I also sent a ‘backup mix’ to front-of-house via an analog drive snake in case there were any interruptions at FOH causing the console to go offline for a moment. Thankfully, we never needed it, but knowing we had a contingency plan in place gave us a lot of peace.”

“Moving to fiber between FOH and monitors gave us incredible flexibility and we kept finding new ways that it supported us and the openers,” Hart adds. “David even had access to the last slot of outputs on our SD-Rack so we could send band stems or video feeds independently from out front.”

When asked what he particularly appreciates about the SD10, Loy points to the desk’s powerful onboard processing. “My favorite onboard processors are definitely the Multiband compressors, DiGiTubes, Dynamic EQs, and the Audio Enhancer (FX Rack),” he says. “I use multiband compression sprinkled throughout my mix on a handful of inputs—acoustic guitars, toms, tracks inputs, and Kane’s vocal to name a few. I’ve also been using the Audio Enhancer inserted on my Kemper and Bass channels to help liven and excite those inputs. Using these elements helps me keep dynamic inputs in check without compressing the entire signal all the time, and also to help make guitars sound more ‘in your face’ without us having to use amps on stage.”

He is also a self-described “huge user” of Macros. “The Macros on the SD10 are stellar and organized extremely well. I appreciate the fader bank layouts, audio I/O ports available, and the mixing engine in the SD10, too. Given the budget and size of this tour, the desks were definitely the right choice for both worlds.”

And both Loy and Hart are effusive in their praise of DiGiCo’s support team through distributor Group One here in the US. “Ryan Shelton, Kyle McMahon, and Matt Larson are all fantastic guys whom I have called numerous times and gotten help the very same day,” Loy shares. “DiGiCo is constantly listening to their users, hosting free training sessions around the country and world, and making improvements/integrations to their software. In the end, those are the most important things to me. I’ll take a great sounding console any day, but if you back me up with a team that knows their stuff, will train you on it, and make improvements to the software quickly when issues are discovered, that’s the ultimate goal right there.”

With the Live Forever Tour now fading into history, Kane Brown is currently back in rehearsals preparing to once again join Jason Aldean on his 2019 Ride All Night Tour, which kicks off on May 3 and will carry the band through late September. And, as for control, the two engineers are proud to reveal that they’ll once again be carrying their trusty DiGiCo SD10s consoles.

Once we started using the SD10 at a few shows in 2018, the choice was obvious for me. And the switch to 96kHz was recognized by the band instantly on the first day of rehearsals, too. They love the clarity and openness the improved resolution brings. 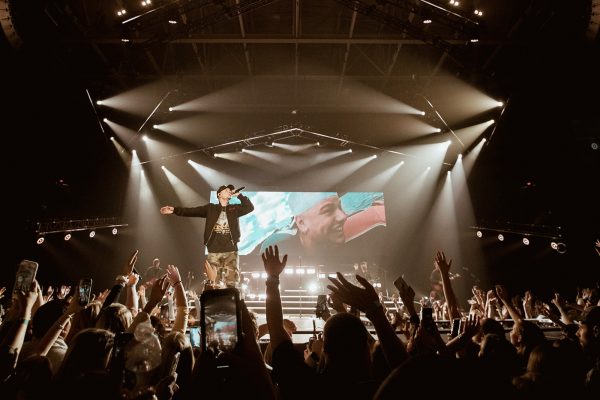 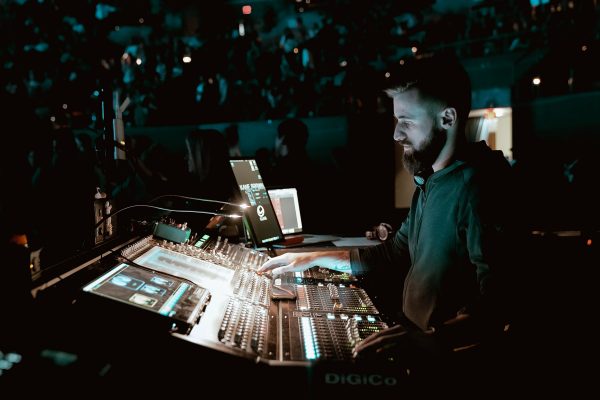 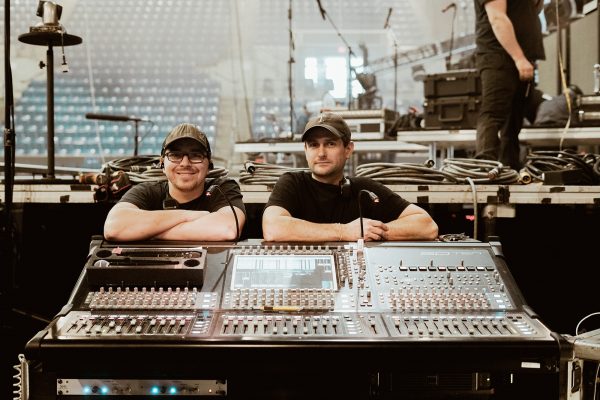 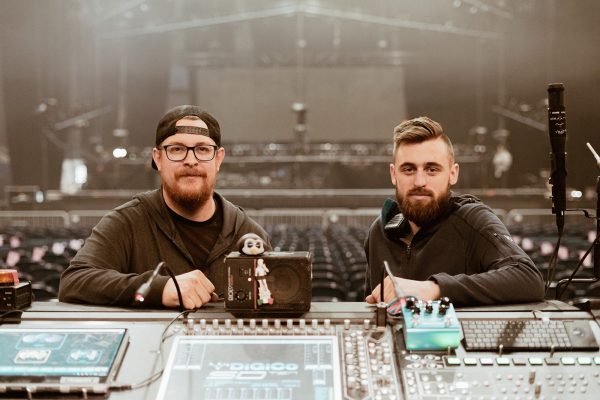