OKLAHOMA CITY, Oklahoma – March 2018 – The 2,477-seat Thelma Gaylord Performing Arts Theatre is the jewel in the crown that is Oklahoma City’s Civic Center Music Hall. The performing arts center, built in 1937, contains five other performance spaces and is home to eight professional arts organizations, including the Oklahoma City Ballet and the Oklahoma City Philharmonic.

Like many older venues across the country, the Civic Center Music Hall realized that to continue to be competitive and attract leading touring productions, it had to bring its sound up to the standards demanded by those top shows. As a result, the venue in January installed DiGiCo SD7T and SD5 consoles for front of house and monitor applications, respectively, as well as six SD-Racks: two SD-Racks, two SD-Mini Racks and a pair of SD-Nano Racks.

The consoles were specified by South Norwalk, CT-based Akustiks, the systems consultant and designer, and installed by Hairel Enterprises of Conroe, TX, as part of a complete sound system renovation that also included a d&b audiotechnik line array system.

“What I love about DiGiCo is the innovation, the user friendliness and the sound quality, all of which are very important to me and to the venue,” explains Matthew Anderson, the A1 and FOH mixer at the Civic Center Music Hall who guided the audio for School of Rock, the first touring production to use the new sound system in February. “DiGiCo consoles are engineered by actual audio engineers. That makes a huge difference when it comes to sound and ease of use.”

Anderson was also keeping in mind the wide variety of shows that the consoles would be used for. The choice of the SD7T theater model reflects the Broadway musicals and summer stock productions that will be cycling through the venue, as well as the local symphony’s classical and pops performances.

“We’ll need the PA system and consoles for vocal on pops productions,” he says. “It’s a great combination that can keep the voices in the PA while the natural acoustics project the orchestra. We have two racks full of DiGiCo’s new 32-bit mic pre’s, which sound amazing, and both consoles are ideal for choral events, speaker series and graduations, as well as for the church groups that use the hall. There’s just so many ways that the DiGiCo desks make things better here.”

Another way DiGiCo consoles make things better is through their integration with Optocore networking. Akustiks created an Optocore ring network that extends from both DiGiCo consoles to the PA system through one of the SD-Nano Racks (the second is dedicated to a Shure Axient Digital wireless microphone system).

“Matt wanted the flexibility that a network can provide, so we created a ring network and went with an Optocore router that we use for a fiber star network to let him place anything from an entire console to a microphone anywhere he wants them,” explains Jordan Lytle, senior consultant with Akustiks and the project manager on this installation. “The network means you don’t have to think about how things are routed—you just plug them in and you’re there.”

Anderson says the combination of the network and the DiGiCo consoles’ seamless integration on it provides him with enormous flexibility. “I have patches upstage and downstage, stage left and right, in the pit and up on the catwalk,” he says. “Anywhere I need a mic drop, and I can pull that up on either console, on any channel I want. The flexibility of the SD consoles and the network together let this venue easily compete with any other one in its market.”

Anywhere I need a mic drop, and I can pull that up on either console, on any channel I want. The flexibility of the SD consoles and the network together let this venue easily compete with any other one in its market. 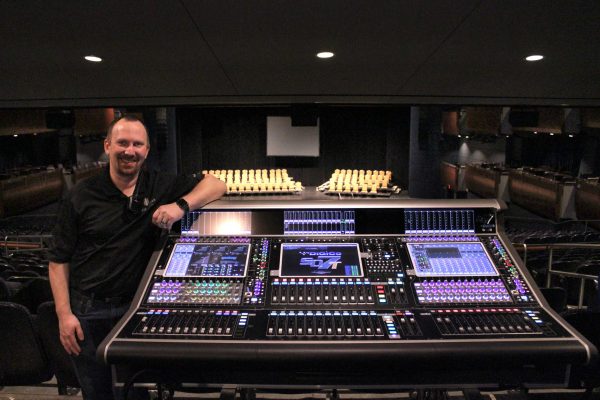 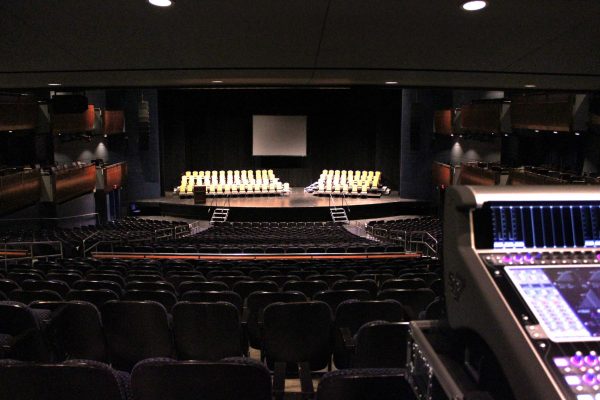 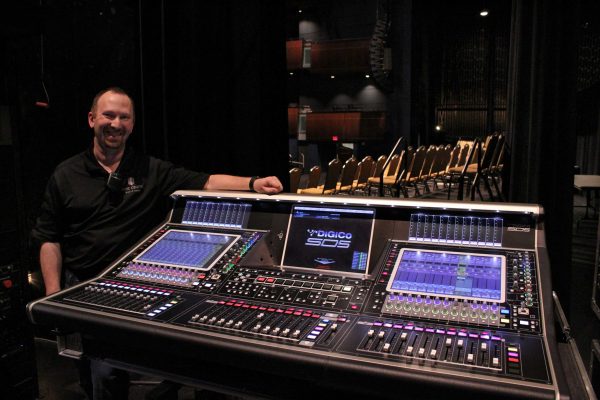