November 2016 – A strange thing happened in the world of touring audio in 2016. It was the year that pop officially took over as the top revenue driver for live shows to the point that A-list engineers long associated with the biggest names in rock began a kind of mass migration to riding faders for pop acts. The list includes names like Tony Luna (from Five Finger Death Punch to Meghan Trainor), Toby Francis (ZZ Top, among many others, to Ariana Grande and Kanye West) and Ken “Pooch” Van Druten, who has been “the man” for Linkin Park for the better part of a decade.

November 2016 – A strange thing happened in the world of touring audio in 2016. It was the year that pop officially took over as the top revenue driver for live shows to the point that A-list engineers long associated with the biggest names in rock began a kind of mass migration to riding faders for pop acts. The list includes names like Tony Luna (from Five Finger Death Punch to Meghan Trainor), Toby Francis (ZZ Top, among many others, to Ariana Grande and Kanye West) and Ken “Pooch” Van Druten, who has been “the man” for Linkin Park for the better part of a decade.

One thing that all of these engineers have in common is their console of choice, depending on DiGiCo desks to control the audio world on each and every one of those tours. On the current European leg of Bieber’s 2016 Purpose World Tour, which is being globally supported by VER Tour Sound, Van Druten and monitor engineer Alex MacLeod are using a pair of fully loaded DiGiCo SD7s to run more than 120 input channels, more than 20 stereo monitor mixes, and about 20 “always on” talkback feeds.

Van Druten was quick to point out that pop is not only driving the revenue—it’s driving the tech as well. “We are doing things on this tour with technology that are way beyond anything I have seen on any rock tour,” he says. Part of this is simply a question of logistics. With four and a half years under his belt with Bieber, MacLeod is an old-timer for a pop tour, and it’s that “seen-it-all” experience coupled with the flexibility of the SD7 that allows him to wrangle an astounding number of mix outputs.

“The big thing on a pop tour, and especially with this artist, is a huge number of talkback systems,” MacLeod says. It’s not just the monitor engineer talking to the artist or the band or some kind of party-line with everyone on all the time. “Some people have switched systems so that a band member can switch between a feed that lets them talk to the rest of the band, or one that allows them to talk to their tech. There are feeds for dancers and choreographers and stage managers. I literally could not do this on anything other than an SD7. The DiGiCo platform is a huge part of pulling off this tour.”

“Just think about the insanity of that for a minute,” Van Druten interjects. “A band member can be talking to another band member while two different techs are talking to each other and a band member is talking to a specific tech and Alex is talking to Justin. And this is all happening at the same time. It’s all a part of the architecture of the system based on the DiGiCo SD7 and the Optocore audio transport, and I really don’t believe there is another system from any other audio manufacturer at this point that would allow this kind of flexibility. This show could literally not happen right now without the SD7.”

This kind of flexibility elevates the level of inter-band and inter-tech communication that goes way beyond the old days of a tech running up to the monitor engineer and screaming that there is an issue with the guitar and he is going out onto the stage to try to fix it. “When I got here and saw this, I was initially struck by the complexity of the system,” he says. “But that changed pretty quickly and I am now just so impressed every day with how smoothly this makes the show go.”

“Everyone is in the loop at all times,” MacLeod adds. “With the level of non-audience communication that the SD7 allows, when the inevitable issue arises, it is solved very quickly and with minimal drama. Even with all of the outputs and mixes on this show, I literally never remove my ear molds to communicate with someone about some issue.”

Add to that the sheer number of people on in-ears during the show. While there are a lot of shared mixes for dancers and techs, MacLeod reports that there are about 40 active in-ear feeds going during the performance. “It’s a monumental management challenge,” Van Druten says. “I honestly don’t know how Alex does it. But I do know he could not do it without the abilities baked into the SD7.”

That renowned DiGiCo flexibility is something both engineers count on because this is a show and tour that is constantly evolving. MacLeod answers the challenge in two ways: first he knows that the SD7 gives him the ability to do almost anything in terms of routing so he quickly comes up with a solution; then he assumes that the same request will be made of him on every subsequent show and is prepared for it.

“On this kind of pop tour, stuff tends to just get thrown at you randomly,” he notes. “You not only don’t know exactly what the change will be today, you don’t know when it will occur, so you have to be prepared for just about anything.”

As an example, when the artist decided to speak directly with some fans at a recent show, he sent a wireless mic down into the audience. Note that this is miles past the popular staging phenom of a long thrust. On shows with that kind of staging, great care is taken in tuning the system and choosing vocal mics that can be in front of the PA and not feedback. And if there is an engineer alive who says he or she is not a bit on edge every time that artist ventures in front of the PA, they are probably lying.

MacLeod reports from the trenches: “So, when that happened, we had to figure out how to do it. I had to leave the console and grab the closest wireless mic and find a way to communicate to Pooch which mic that was so that as soon as it was handed to Justin to allow him to give it to someone in the audience, it was hot and ready to go. And we did all of that in about 20 seconds.” Both engineers agree and are adamant that it is the communication system built around the SD7 that allows that to happen.

From a production standpoint, stadium-packing modern concert tours typically represent some of the most technically demanding applications—and the 2016 Purpose World Tour is no exception. “With this being a pop show, there is a lot going on,” says Van Druten. “The band is not always really visible, but they are there and playing. We often say that the show has to sound like the record, but it has to feel like a live show. And to that end, the Bieber show has more than 120 inputs.

“We choose DiGiCo for a few reasons, but the biggest one is sound quality,” he adds. “With the digital snakes running at 192kHz and downsampling to 96kHz at the consoles, they are just phenomenal sounding digital desks. But, beyond that, it is about flexibility. With the Optocore system we have the ability to run huge numbers of input and output channels and customize exactly what that means for a given show.”

For details on the 2016 Purpose World Tour’s upcoming stops, visit www.justinbiebermusic.com. VER Tour Sound can likewise be found on the Web at www.ver.com.

I literally could not do this on anything other than an SD7. The DiGiCo platform is a huge part of pulling off this tour. 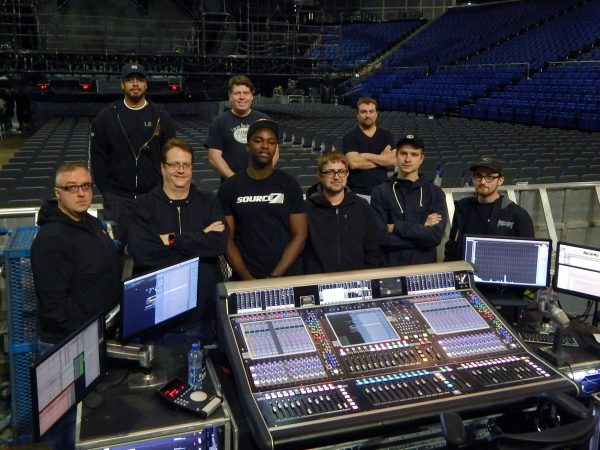 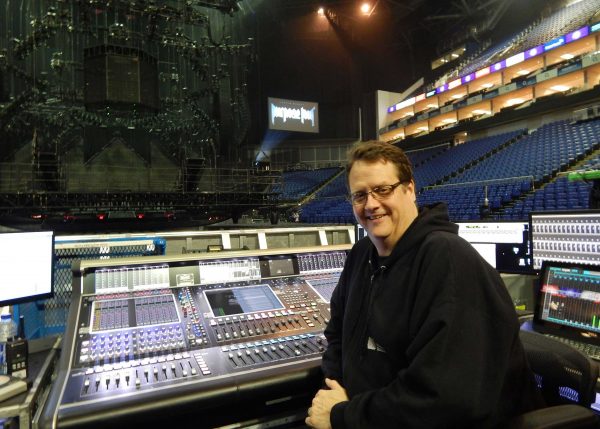 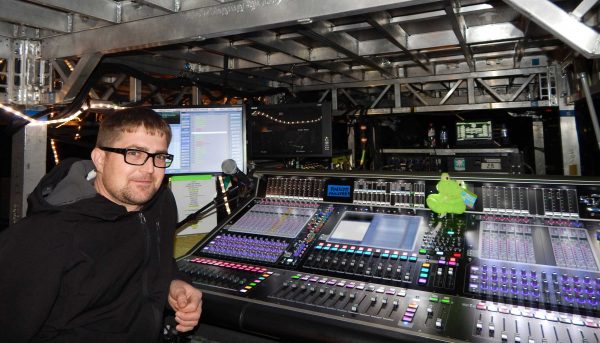