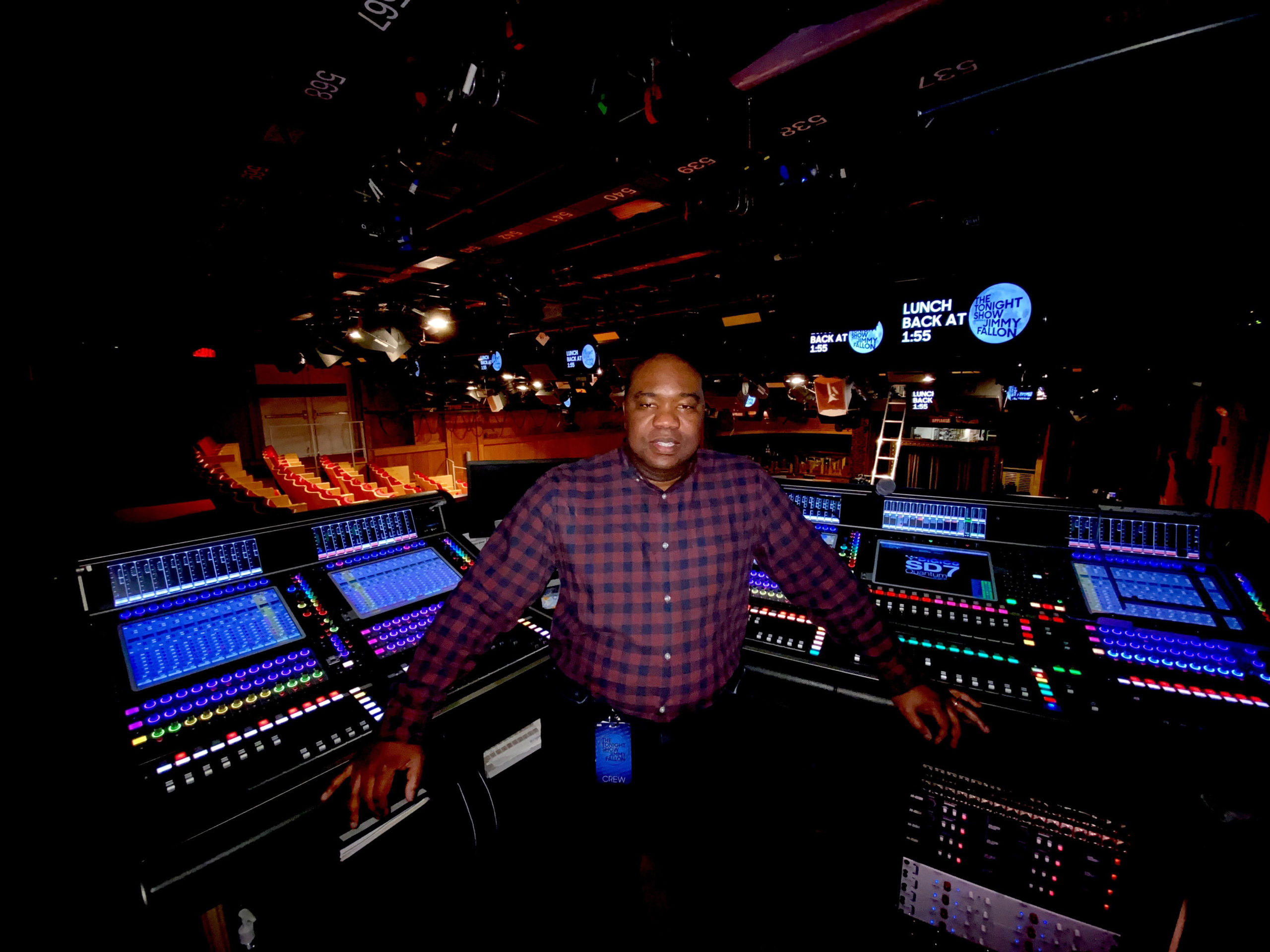 NEW YORK CITY – March 2020 – Every week for the past seven years, Jimmy Fallon steps onstage in Studio 6B at Rockefeller Center in midtown Manhattan and leads a viewing audience of over 2.4 million through an hour of comedy, talk, and music, always opening and closing the show with “Hey, Hey, Hey, Hey,” the show’s jazzy/funky theme song, composed and performed by The Roots, The Tonight Show Starring Jimmy Fallon’s acclaimed Grammy Award-winning house band. Great comedy, great talk, great music, and thanks to the show’s three DiGiCo SD7 consoles paired with five SD-Racks, great sound, too.

Artless Poole, Jr. has been with The Roots for 20 years, mixing the band’s live shows as their front-of-house engineer, and is there for them on The Tonight Show as the house mixer for the band, as well as the show’s diverse guest artists, and everything else that happens on that stage. It all goes through Poole’s SD7 console, supported by a DiGiCo EX-007 fader expansion unit.

“Mixing music on television has always been a goal of mine, and late-night talk shows have become more and more based around music, introducing new music and artists across every genre every day, and I love that I get to mix that,” says Poole, who has also mixed live shows for Santigold and D’Angelo, as well as several episodes of The Voice, and on Jimmy Kimmel Live! and The Queen Latifah Show. “It’s all I ever wanted to do.”

Poole oversees more than 200 inputs each night at The Tonight Show Starring Jimmy Fallon, and that channel load has become much easier to manage since the show upgraded his SD7 with a new Quantum engine. The upgrade tripled the number of FPGAs for processing, now allowing upwards of 432 processing channels at 96 kHz. “I’ve been able to achieve a more streamlined workflow on the console now; the increase in processing paths, input channel count and number of layers has helped me tremendously.”

“Before we had the Quantum upgrade, the console was tapped out—my processing power was full,” he recalls. “When U2 played here, for instance, I had to use every channel that wasn’t being used for something else. Once the Quantum engine arrived, it changed everything. The DSP opened up and the addition of the extra FPGA chips gave me the additional input and output channels I needed. I was able to put everything where I wanted it, for the show and for the guest bands.”

Those additional channels get a workout on the show, because Poole is not only mixing FOH for the live music but also providing monitors for the production sound. When Jimmy Fallon and guests need to hear themselves on the various areas of the stage, that’s done via the Quantum desk.

“Jimmy has a keen ear for sound quality, at home base [his desk], the areas where they do skits, and throughout the studio,” he explains. “The console now has the channel count that lets me assign those channels all the time, and lets me dial in exactly the kind of sound they want at each location.”

The Quantum-equipped SD7’s performance lets Poole keep up with one of the most technologically advanced music performance environments on television: the studio is equipped with Meyer Labs’ Constellation electro-acoustical system, which digitally controls reverberation time, early reflections and other acoustical characteristics of the space.

“We have overhead monitors around the stage, including over the desk and for music skits, and I can give each one a specific tuning, thanks to the Quantum engine’s Nodal processing,” he says, which allows processing to be applied to any node on the auxiliary section of the console, allowing mixers to send unique processing on each send from a single or multiple channels.

Poole’s console is one of three SD7s installed for The Tonight Show Starring Jimmy Fallon; mixer Jaime Gudewicz uses the other two SD7s, one to mix monitors for guest bands (located next to the stage in the traditional monitor placement) and the other for The Roots, who also use an immersive KLANG in-ear monitor mixing setup. These are all on a single fiber loop, allowing them to all gain-share music signals between the show’s five SD Racks—one at FOH, two for monitors (with 32-bit cards), and two dedicated to The Roots’ bandstand—while other production audio comes to the consoles as MADI, through an Orange Box converter.

“We have a lot of routing, a lot of inputs and outputs—just a lot of sound,” says Poole. “Fortunately, the SD7—especially with Quantum—is a lot of console.”

“We have a lot of routing, a lot of inputs and outputs—just a lot of sound,” says Poole. “Fortunately, the SD7—especially with Quantum—is a lot of console.” 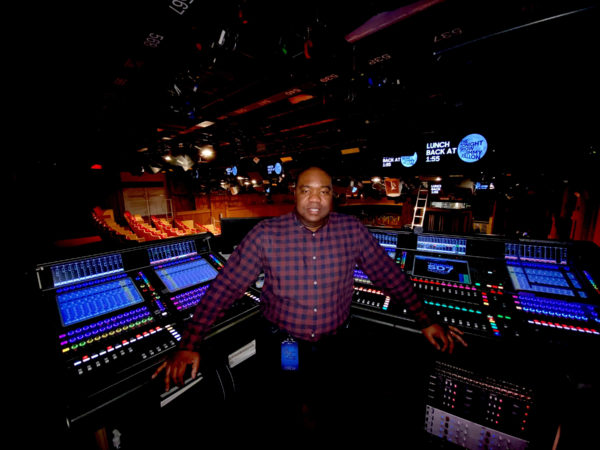