Having completed a hugely successful tour at the end of last year, Scottish rock band Biffy Clyro are on their way to the US. Both Front of House engineer Jonny Lucas and Dan Speed on monitors rely on the power of DiGiCo SD10s for their mixing requirements.

Having completed a hugely successful tour at the end of last year, Scottish rock band Biffy Clyro are on their way to the US. Both Front of House engineer Jonny Lucas and Dan Speed on monitors rely on the power of DiGiCo SD10s for their mixing requirements. They deploy three separate rigs around the world, with two duplicate systems which includes, in some instances, the more compact SD10-24. For the 2016 UK tour, all audio requirements were supplied by Skan PA Hire.

Jonny has been working with Biffy Clyro for almost a decade. “I did my first show with them supporting The Who at Marlay Park in Dublin in June 2007,” he recalls. “There was no soundcheck and only a 20-minute changeover. It was a baptism of fire!”

This intense introduction has, no doubt, prepared him for the band’s continually hectic schedule. His use of DiGiCo consoles has given him the reliability he needs, helped him refine his workflow and allowed for a relaxed approach to his Front of House duties, a welcome adjunct given the scale of the shows he is working on – the band is well-known for packing out arena and stadium sized venues, including London’s The O2 at the end of the UK tour.

“DiGiCo is renowned for its support and the stability of its consoles,” he says. “I like the workflow and flexibility they give me, as well as the ease of integration for MADI with Waves servers and multitrack record/virtual soundcheck facilities. I used an SD9 as my first touring DiGiCo on a theatre run I did while the boys were recording their current album, Ellipsis. I had it triggering scenes from timecode and mixing nine sets of IEMs from FOH with minimal prep time and it was great. Ideally, I would have liked to have used an SD5 for the 2016 tour, but budgetary restrictions meant the SD10 was the best option, and it’s been great.

“Dan and I use the Gain Tracking facility with up to 72 inputs from stage. There are several output configurations which can involve L/R/Sub, either analogue or AES, and incorporate up to 14 sub-mixed stems for broadcast feeds in various scenarios.”

Jonny finds Macros a particularly useful feature and has them programmed to switch Gain Tracking on or off, switch groups of input channels to ALT input, change the view, save or switch fader positions on extra vocals, etc.

“I use the notes window on my overview screen for my scenes to remind me what is scoped, when there’s a mute state change or fader ride that needs attention,” he says. “This is also useful if the boys have a vocal position swap planned. Copy Audio/Listen to Copied Audio makes virtual soundcheck recording and playback super easy. And the console’s offline facility has saved me a couple of times when I’ve doubted the saved state of a scene I’m about to fire, or some news comes in over comms that changes the outlook.

“The ability to take the console offline, fire a scene, edit and store the scene and return to audio while the show is in full flow is also really useful. I’ll be honest, it still raises my heart rate if it’s ever necessary, but it’s not caused any issues so far.”

“I hadn’t quite maxed out the previous version, but now I don’t need to think about how much processing is left with Dynamic EQ, multi-band comps, etc. it is available everywhere,” he smiles. “I also prefer the flattened appearance of the GUI. I haven’t tried it yet but, in theory, it means I could mix our show on an SD11, although I like having the number of faders there are available on the SD10.”

Jonny also appreciates the support he gets from both DiGiCo and Skan.

“From the demo room in at HQ in Chessington to telephone support on the road, DiGiCo’s support is always good. And we know there’s always someone available on the phone at Skan, so between Skan and DiGiCo, any issues are always dealt with swiftly. We’re all very happy with our console choice and haven’t looked back since we changed to using them.”

DiGiCo is renowned for its support and the stability of its consoles. We are all very happy with our console choice and haven’t looked back since we changed to using them. 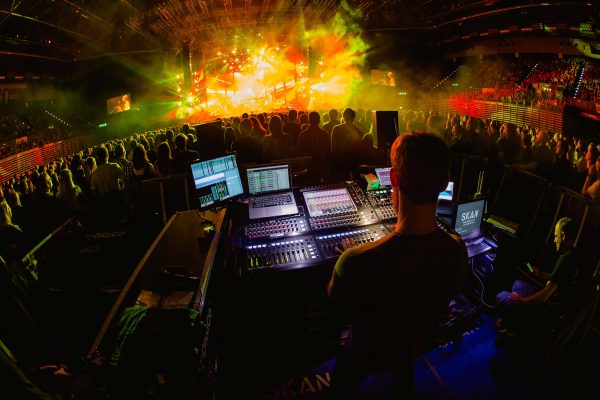 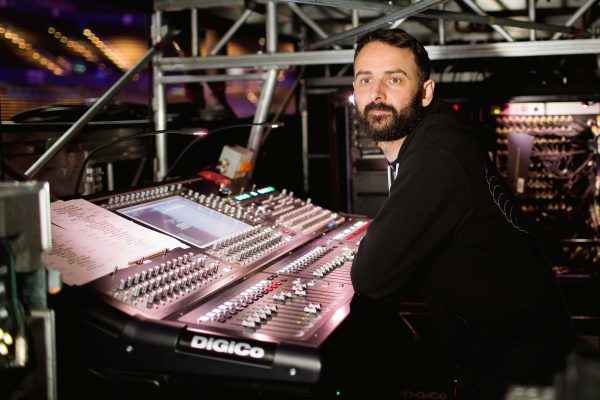 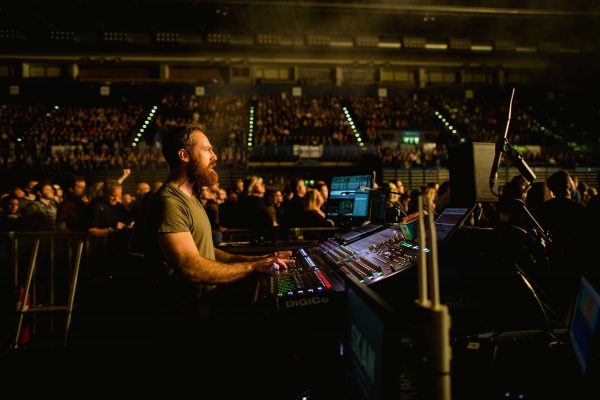