In recent years, Bruno Mars has evolved from talented performer to Grammy-winning global megastar and, from his performance at the AccorHotels Arena in Paris (formerly The Bercy) this month, it is easy to see why.

In recent years, Bruno Mars has evolved from talented performer to Grammy-winning global megastar and, from his performance at the AccorHotels Arena in Paris (formerly The Bercy) this month, it is easy to see why. The 24K Magic World Tour oozes quality, from the artist’s outrageous voice and musicianship to the show’s epic production standards, the core of which is driven by two DiGiCo SD7 mixing consoles.

Bruno Mars has just completed a three-month European leg of his 24K Magic World Tour. In that time, the crew has barely been able to catch a breath, explains FOH engineer, Chris Rabold.

“We’ve been all over Europe, and that’s only the end of this part,” Rabold smiles, adding that the US is next – and probably a couple of one-off shows and TV performances will happen in between.

The PA for this tour is the flagship Clair offering – the Cohesion system, which Rabold is a big fan of; and when it comes to mixing the show, the only desk that can provide the multitude of I/O he required is a DiGiCo SD7.

“There’s like, a million ins and outs, so the SD7 has been kind of a default for me for several years now,” Rabold smiles. “The console is so fast, and everything is right there; it’s easy to program offline, and the speed at which you can move things around – particularly in the rehearsal period when things are changing – is fantastic.

“The SD7 is also great when you’re in promo. It’s so often a super-intense, scrutinised process, as Bruno will want 10 things in five seconds, and the desk is just so fast with regards to that. I use quite a lot of snapshots – again, because it’s just so quick – and that capability also really matters.”

Rabold is running his SD7 at 96kHz: “Systems are so much better these days, so you definitely hear the improvement running at 96kHz; there is so much working against us engineers on a daily basis, so any little thing we can do to improve the source helps. When you get into the lesser venues, it can be a little harder to discern, as you’re essentially working in concrete barns, but why not use the 96kHz to add that extra level?”

Rabold and monitor engineer, Ramon Morales (also on an SD7), have their consoles ‘pretty much packed out’, which shows just how big this production is.

“Input wise, it’s a ton of stuff, as it’s a pretty big band up there; and output wise, it’s pretty extensive, too,” Morales explains. “When I went to redo my session structure, I had one channel left for DSP – I never thought I would get to this point, but we’re here! Like Chris, I am running at 96kHz, which takes up more DSP, of course, but it makes such a huge sonic difference, so I always want to work there.”

Morales has very little outboard beside his SD7 – Mars’ vocal goes through an Avalon 737, ‘for a little warmth’, and aside from his Brascati M7 reverb and TC system 6000, which he spreads across different engines, it is all about DiGiCo’s onboard effects.

“I’m using some of the reverbs and the delays,” Morales reveals. “And on certain inputs, I have been using the dynamic EQ and compressor, and it’s all working great. The sound quality is really good, so it’s a fantastic combination.”

Next up is the US leg of the 24K Magic Tour, which kicks off on July 15th in Las Vegas. How would production manager, Joel Forman, say it’s all gone so far?

“It comes down to this,” Forman smiles. “We are some 12 weeks into the tour, and most people still like each other! We have our moments, but on the whole, we’re all good, and still willing to go for beer and supper with the guys next to us. That to me is a successful tour.”

There is like, a million ins and outs, so the SD7 has been kind of a default for me for several years now. The console is so fast, and everything is right there - it is easy to program offline, and the speed at which you can move things around - particularly in the rehearsal period when things are changing – is fantastic. 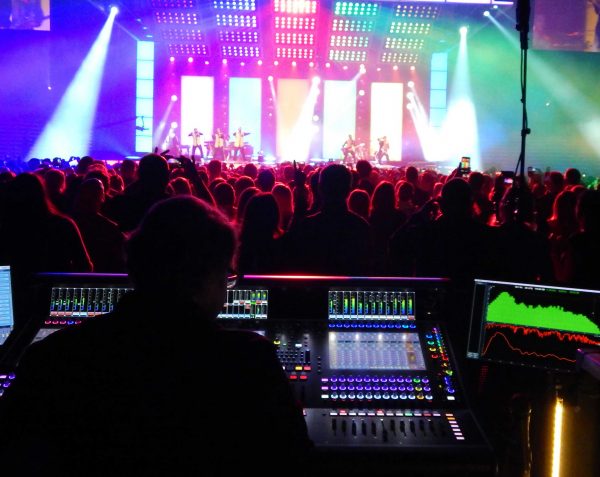 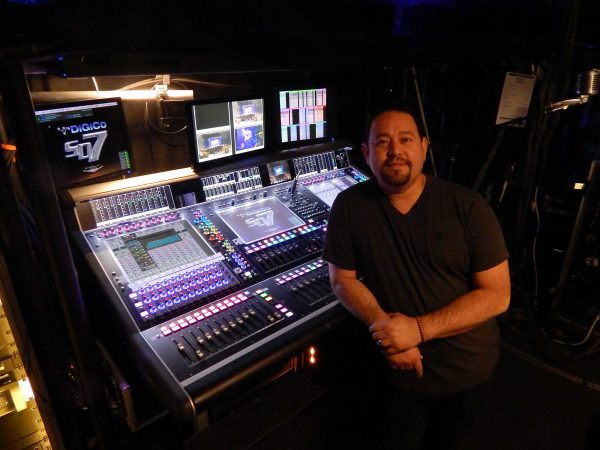 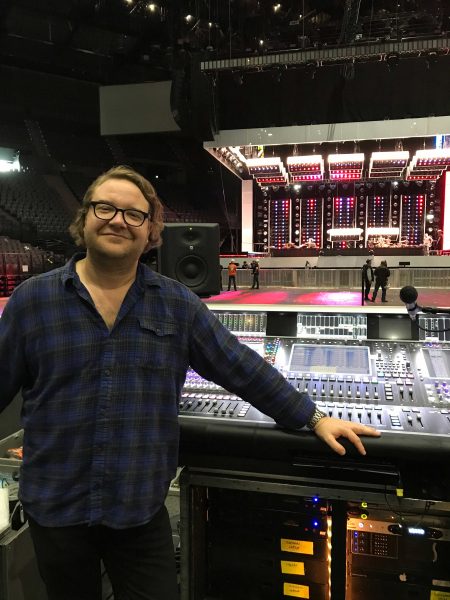