X Games Minneapolis 2017, held over four days in mid-July, brought a few “firsts” for ESPN’s extreme-sports flagship event, including the first X Games held in the Midwest as well as the first to offer live streaming of a virtual-reality component.

MINNEAPOLIS, Minnesota – July 2017 – X Games Minneapolis 2017, held over four days in mid-July, brought a few “firsts” for ESPN’s extreme-sports flagship event, including the first X Games held in the Midwest as well as the first to offer live streaming of a virtual-reality component. Capturing a 360-degree view of flying skateboards and BMX bikes is no easy task, and keeping the audio on top of them is even more of a challenge—unless, like VR producers Digital Domain and Samsung, you’ve got the DiGiCo SD11 console in your corner.

Rented from Windy Shores Sound, the SD11 was onboard a B-unit trailer of remote-production services provider Dome Vision, where VR A1 Nick Tveitbakk manned the console, taking individual microphone feeds and a stereo program feed from the Calrec Artemis console in the main remote unit, where it was mixed for the six VR cameras ESPN deployed at the Skateboard Vert, BMX Street and Skateboard Street Amateurs venues in downtown Minneapolis. Viewers in 48 countries using the Samsung Gear VR headset through the Samsung VR app were able to follow the action live as though they were in the middle of it.

“This was the first time this has ever been done at an X Games, and the SD11 helped make what was a complex and challenging audio mix manageable,” explains Tveitbakk.

He cites the SD11’s Set Spill Panel, an easy to use interface that allows channels or inputs to be quickly added or removed from each of any multiple user-defined sets or groups, which are a user-defined collection of channels that can contain any number and type of input or output channels. This feature enabled him to group several shotgun and contact effects microphones together on a single fader, facilitating the rapid switching necessary as the VR point of view changed. “We were able to keep the audio completely connected with the VR picture, which really created an amazing VR experience.”

In addition, because DiGiCo is a sister company to Calrec, the leading provider of remote-production broadcast audio consoles in the US, connectivity between the SD11 and the Calrec Artemis aboard the Dome Vision main production unit was incredibly straightforward and reliable: a single MADI cable carried all the audio from the Calrec to the SD11, and from the SD11 to ESPN’s onsite production truck for the live streaming. “It was flawless,” says Tveitbakk.

“This was a first-ever process, but it tells us where sports broadcasting is headed,” says Tveitbakk. “The sense of being in the middle of the event that VR can provide is amazing, but it’s not nearly as effective as it needs to be without the audio being right there. That’s what the SD11 did—it gave us all the power and functionality we wanted in the small footprint we needed, with the ease of connectivity and use that made it easier to manage a complex situation.”

This was the first time this has ever been done at an X Games, and the SD11 helped make what was a complex and challenging audio mix manageable. 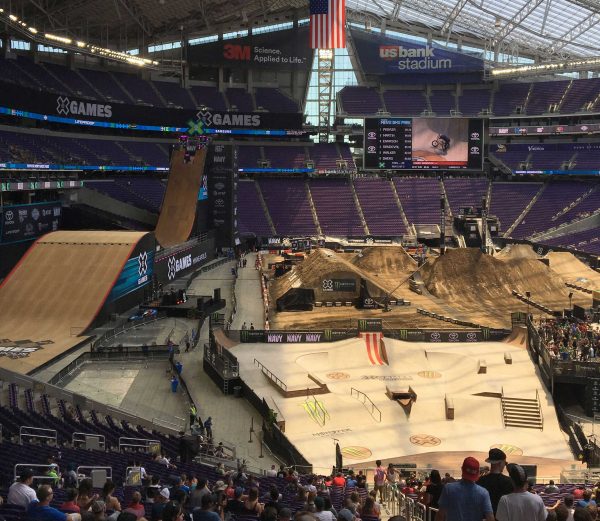 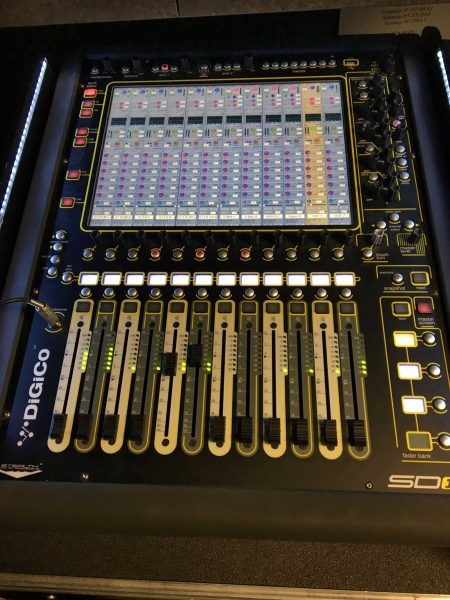 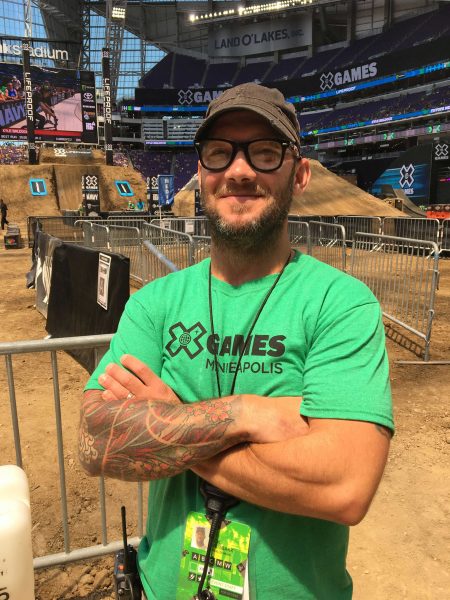