JACKSON, Mississippi – February 2020 — Approaching the centennial of its current building, the First Baptist Church in Jackson, Mississippi has been an institution in the area since it was built in 1926. Facing the lawn of the Mississippi State Capitol in downtown Jackson, the church’s sanctuary seats 3,000 worshippers and streams and broadcasts its services online to thousands of viewers any given week in 60 to 80 countries.

The sound in First Baptist’ sanctuary has been excellently served for several years now by a DiGiCo SD5 console and its two SD-Racks for front of house. Recently, it was joined by a new DiGiCo SD10 console as the church’s primary broadcast console for streaming the audio for services and other events, along with a DiGiCo Orange Box multi-format converter equipped with a DMI (DiGiCo Multichannel Interface) card for Dante connectivity. Both consoles, which were installed and integrated by Strata AVL of Atlanta, and which had Waves servers and CORE 2 software added in August, are connected via an Optocore fiber network, which now allows those streamcasts to seamlessly exchange audio elements, greatly enhancing the productions.

“We had such a great experience with the SD5 console that when it came time to replace our aging existing broadcast console, DiGiCo was the obvious choice,” states First Baptist Church Minister of Media and Communications Michael Bowen. “The SD10 has all the features that we want, including easy and reliable integration with an Optocore network, so we could have all of our audio consoles on a single network. Plus, DiGiCo has given us great service for years with the SD5, and we’re looking forward to more of that with the SD10.”

Bowen says the SD10 will give the church’s media ministry a much greater array of options for handling its often-massive music productions, which on Sundays include a 50-piece orchestra and 150-voice choir. “We broadcast the Sunday service, so it’s important that we have a console that can handle the rigors of that many inputs,” he explains. “What we found with the SD10 was a high channel count”—the SD10 offers up to 144 processing channels at 48kHz/96kHz—“at a cost-effective price. It’s a great value, which is always important for a house of worship’s budget. And the addition of the Optocore means our mixers are able to pull audio from a central location whenever they need to, which really improves their workflow.

“DiGiCo provided great training for the console; our professional team members were able to transition to it on day one, and our volunteers are quickly becoming familiar with it. We were up and running completely by Labor Day, and totally ready for our big Christmas event—five performances of Carols by Candlelight—which was seen by 15,000 people. We have complete confidence in all of our consoles for that.”

Strata AVL Co-owner Scott Clark, who is also a design engineer for the Atlanta-based integrator, says the church now has a much more efficient and effective all-DiGiCo ecosystem. “This has moved them from an analog infrastructure to a completely networked digital one, with all of the major elements of the audio system creating a fully DiGiCo workflow,” he says, noting that Strata AVL moved the SD-Racks to the backstage area and connected them to the FOH console via an Optocore digital split over ST-connected fiber cable. “All of their input sources are now available at either console—at front of house or the broadcast control room. The amount of flexibility they now have here is dramatic.”

Clark adds that DiGiCo’s technical support was critical in the decision to go with the new SD10 desks, and in making this vastly upgraded audio system as effective and reliable as it is. “As a design engineer, the knowledge base and quick response that DiGiCo support lets me bring to a project gives me, the client, and their operators a huge amount of confidence,” he says. “That’s what you’re getting with DiGiCo: great technology, great sound, and total confidence that this is the best system out there.”

First Baptist Church of Jackson can be found on the Web at www.firstbaptistjackson.org. For more info on Strata AVL, visit www.strata-avl.com.

We had such a great experience with the SD5 console that when it came time to replace our aging existing broadcast console, DiGiCo was the obvious choice 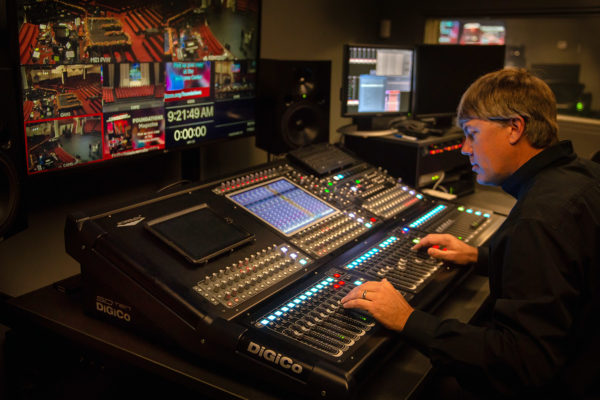 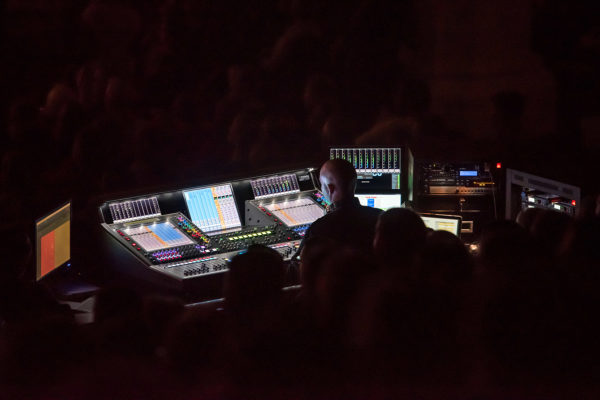 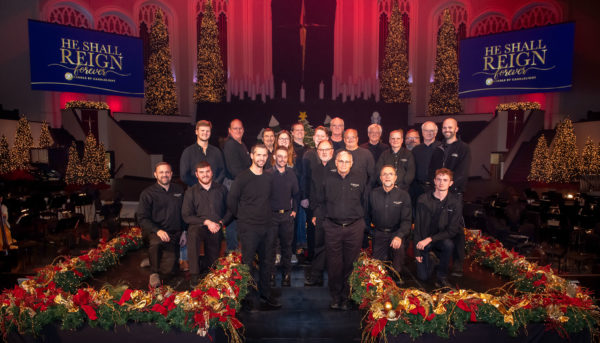