Formed in 1982 in Scotland, rock band Primal Scream released their third compilation album, Maximum Rock ‘n’ Roll: The Singles in 2019, containing 17 tracks spanning the period from 1986 to 2016. In support of the new album, the band announced a major winter tour of the UK and Ireland in 2019, which saw FOH engineer, Chris Martin and monitor engineer, Gerry Colclough use DiGiCo SD12 consoles – owned by Stage Audio Services based in the West Midlands.

Martin has been working with the band since 2008, starting out as FOH system tech for a PA hire company before progressing to the position of FOH engineer for the group in 2015.

“The band are amazing people to be around; the touring party is a very happy camp and a great place to be,” he enthuses. “We are all great friends. They have a very good idea about what they want – having been a band for such a long time. We work closely with them to achieve the results that they want, spending many days at a rehearsal studio to make it as good as we can.”

Martin used a DiGiCo SD12 on the tour with a shared single SD Rack on an optical loop running at 48kHz, used with a Waves server connected via MADI to a DiGiGrid MGB interface.

“The Waves server is mainly used for effects such as auto pan for guitars and keyboards, effects (a few reverbs, sub enhancer and distortion) and some primary source expanders on the vocals,” he explains. “I’m also using a Universal Apollo interface connected via analogue for a few compressors and EQs, and a Smart Research C2 master buss compressor.”

The band used 32 input channels from the stage, with triggers on all drums for gates, ambience, and various talk mics.

“All in, it’s around 60 channels that I use with all the effects returns,” Martin says. “At FOH I used 11 different effects for various things, mainly reverb and different flavours of delays, then there’s some pitch effects, distortion, sub enhancer, and some guitar pedals.”

Martin used two internal reverbs (one for snares and one for vocals) in addition to the internal vocal doubler effect, and two delays.

“All of the internal effects are great, with really nice, smooth reverbs. Although the delays are simple, they do everything that I need in a tap tempo digital delay. I used the built in multiband compressors on my kick drum channels to tame the high end on them. I find they work really well to help keep the attack under control.”

Martin has been using DiGiCo consoles with Primal Scream for the last two years, making the switch after experiencing reliability problems with the previous console he was using.

“After not very long I decided that I was going to start using DiGiCo,” he states. “Since making the change I can’t think of any reason why I would want to use another brand of console. The DiGiCo just does everything so well, and it has been great for us. We have managed to get DiGiCo consoles wherever we have travelled around the world, and the compatibility within the SD range has made our lives very easy. It’s just a simple show-file switch from one desk to another. Easy!”

In particular, the workflow on the desk impresses Martin:

“Because of the way anything can be anywhere on the faders, I now have limited button-pressing to do during the show to get at anything I need. The macros have become something that I use more and more, from simple things like tap tempo, to inserts moving between main and spare vocals, and anything else that I can think of. If I find myself going into menus often for the same thing, I just put it on a macro now. It makes things simpler when you’re trying to concentrate on mixing the show.”

When listing his top three features on the console, Martin doesn’t hesitate:

“Being able to text between the consoles saves a lot of shouting,” he says. “No messages can get mixed up using this great feature. Also, the great-sounding preamps and summing busses – we used the new 32-bit input cards, and I find myself needing very little channel EQ to make it sound right to me – just turn up the gain and push up the faders! Not forgetting the macros, which are a whole world of time saving little buttons.”

Meanwhile, Colclough has been working with Primal Scream since 2000 when they needed a monitor engineer at short notice.

“Having been involved with the band for so long, we have a great relationship both on and off the stage, which has created great trust,” he says.

Describing the five-piece band as a ‘full on wedge band’ until a few years ago when lead singer, Bobby Gillespie, switched to IEMs, followed by two other band members, Colclough says that this  drastically reduced the previously famous Primal Scream stage volume.

“The drummer has been on a hard wire mix for a number of years, taking four individual lines into his mixer so he can control his own mix; today, he takes two sends from me for his mixer for vocals and guitar, and he uses a floor monitor for some kick drum and snare. For keys, they are still using a floor monitor comprising of a full band mix, while three of them take full band mixes in their ears.”

Colclough switched to DiGiCo five years ago after hearing the quality of the audio, being particularly impressed by the ease of use.

“I was immediately sold! Once IEMs were involved, the update to a great sounding board was a no-brainer. I find the SD12 snapshots to be invaluable and versatile, and the edit function is very useful in updating during the show,” he explains. “I also find that fader bank assign and multichannel assign are really helpful when organising channels, or last minute inclusions to the input or output list.”

“The tour went really well,” concludes Chris Martin. “When we reached the peak point of the set, it seemed as if all of the audience were joining in with us and becoming the new daily Primal Scream choir! There were smiles all round.”

“After not very long I decided that I was going to start using DiGiCo,” he states. “Since making the change I can’t think of any reason why I would want to use another brand of console. The DiGiCo just does everything so well, and it has been great for us. We have managed to get DiGiCo consoles wherever we have travelled around the world, and the compatibility within the SD range has made our lives very easy. It’s just a simple show-file switch from one desk to another. Easy!” 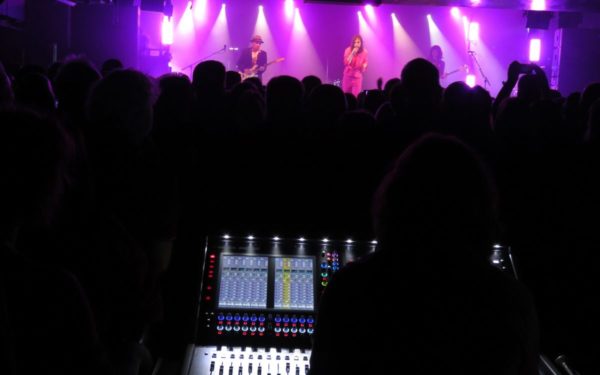 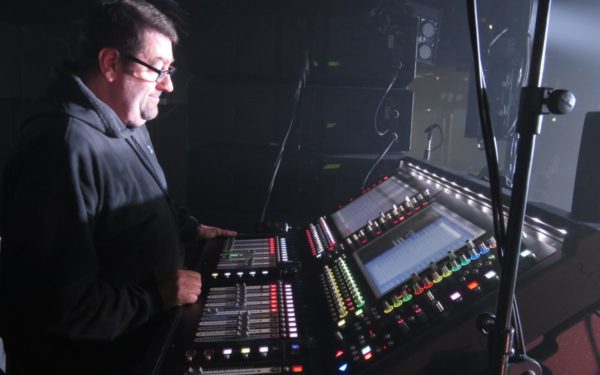 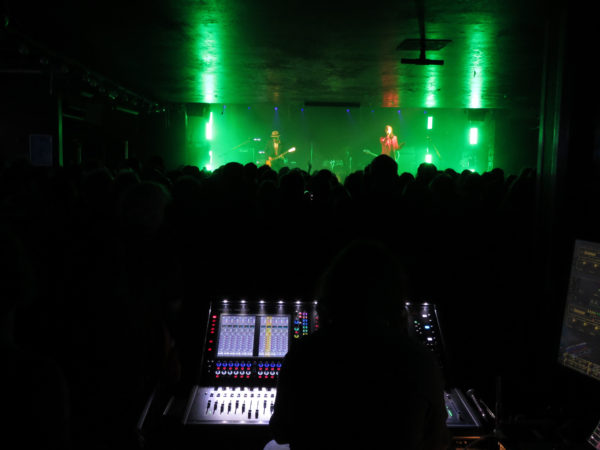