Although a more powerful mixing platform than any previous DiGiCo product, the new Quantum 7 console was deployed on a Madonna tour actually scaled down from her usual stadium presence and ran the show in the much more intimate surroundings of boutique theatres in iconic city locations. This meant adapting her live sound for smaller venues even if the production was as sophisticated as ever, as FOH engineer Tim Colvard explains.

“From its beginnings the SD7 has continued to evolve into the desk that can meet the needs of the most complex show environments,” he says, acknowledging that the Quantum is an organic development of DiGiCo’s flagship model. “I’ve used the SD7 since the 2008 Madonna tour, and having redundant engine capabilities, timecode, MIDI I/O and so many banks of inputs were always some of the strongest selling points.

Now with the Quantum 7 we‘re able to use an abundant of audio port I/O device types – including SD-Racks, Con and DD4 Series – on one fibre-optic loop, then adding a second loop just for FOH effects.”

Headroom was the main benefit as the expansion of mixing capacity was married to a more modest FOH configuration. “Mixing the Madame X tour required choosing a system that was compact and light, and one that could be flown and-or stacked,” Colvard says. “The Adamson S10 was the final choice. We carried 18 S10s per side, flying 12 and stacking six with four Adamson E119 subwoofers per side. There were some venues that had installed systems: we supplemented those with our system.”

The stacking of six S10s with four subs per side for most of the theatres was a strategy to maintain consistency from venue to venue, Colvard adds. “The tour started at The Brooklyn Academy of Music, where we used a full array installation of boxes to cover everything – under balconies, opera boxes and so on. Providing audio in historical theatres such as this required patience in order to get speaker placement approval by the venue. Along with those challenges was that Madonna has never performed in theatres before. She’s been in large arenas and stadiums her whole career, so that took time to adjust to.”

In monitor world, engineer Matt Napier supplemented his own Quantum 7 with two DiGiCo SD11i compact consoles with Stealth Core 2, which dovetailed into the workflow in order to pay particularly close attention to the lead vocals. One was operated by Sean Spuehler, Madonna’s long term live vocal FX engineer, Napier explains. “On previous tours myself and Sean have effectively shared a console, with myself on the SD7 and Sean using an EX-007 Fader Expansion Unit. Sean mixes Madonna’s vocal sound not only for her in-ears but also for everything else: those FX stems are sent to FOH and broadcast.

“My role is to mix the music side of her mix and take care of the band. As space was always going to be a premium on this tour we moved Sean onto an SD11i and it sat on the optical loop. He then sent his vocal mix to the monitor Quantum 7, which I then merged into her final mix. This gave us great flexibility as, if need be, we could be up to 350m apart. The second SD11i was on the same optical loop and located in monitor world. As everything was wireless, and we ran close to 100 channels of RF, the second SD11i allowed the RF engineer Ali Vile to listen in on the RF inputs and actually check with the musicians before they went onstage that everyone was happy.”

The Quantum generation introduces the new Nodal processing workflow, which provides unprecedented flexibility for the routing of individualized patches to each musician. “Nodal is a very powerful tool,” agrees Napier. “Quite often you are in a situation where a musician wants to hear the instrument fairly raw and uncompressed, yet in the final mix it needs to be shaped to fit the overall mix. Nodal is ideal for this. As it was my first time with Nodal processing I approached it cautiously but had some great results. You do need to be careful as it’s such a powerful option but used correctly it’s a great asset. In this situation with so many musicians – 28, in fact ­– and such a variety of music to replicate from Fado to Dance, the ability to EQ and compress independently was fantastic.”

Likewise, the True Solo function enables Napier and all monitor engineers to understand better the experience of each individual musician. “It really does,” he says. “The ability to hear how your buss compression is ‘driven’ into gives you a clearer picture of how changes on an input effect the final mix.” Meanwhile with Napier enthusing that the two DMI cards and increased MADI ports are “a godsend”, and looking forward to experiencing the new generation screen technology now deployed on the latest 338 console, it’s clear that the Quantum 7 enables Colvard, Napier and their colleagues to get into a whole new groove while retaining the classic DiGiCo console experience.

“The Quantum is basically the same as the old SD7,” Napier points out, “apart from its quicker and faster Nodal processing and greater flexibility, especially the I/O options. The Waves DMI cards were particularly great to use for multitrack recording. All 128 channels on a single Cat-6e cable!”

“The Quantum is basically the same as the old SD7,” Napier points out, “apart from its quicker and faster Nodal processing and greater flexibility, especially the I/O options. The Waves DMI cards were particularly great to use for multitrack recording. All 128 channels on a single Cat-6e cable!” 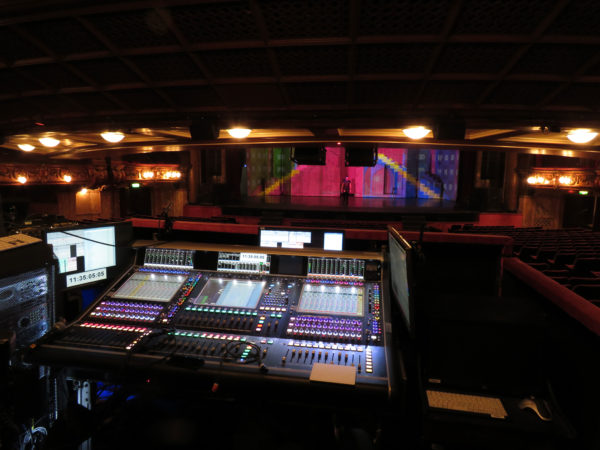 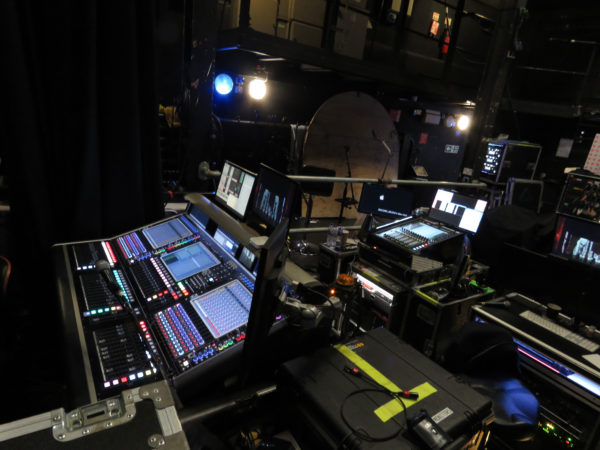 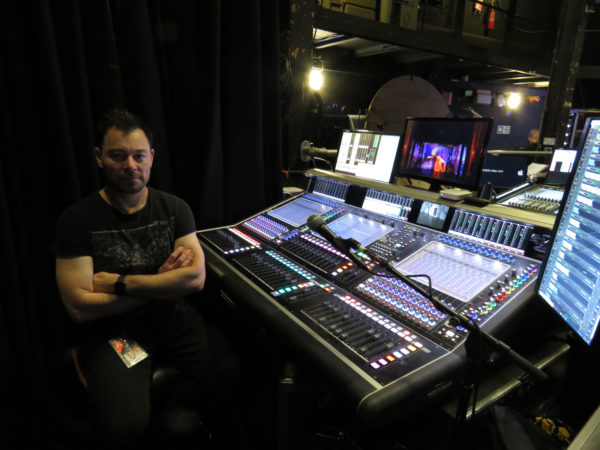 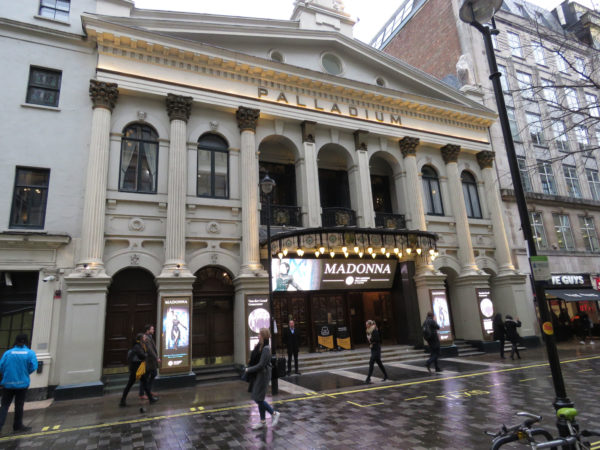