Located close to Antwerp’s historic city centre, Trix hosts a network of artists, music lovers, art and youth organisations, seeking to stimulate creation and discovery for a diverse audience - it also strives to be an ally for artists, helping them to develop their talent from an open-minded culture.

The venue presents music from all genres, but the programme mainly consists of rock and metal, hiphop, soul and jazz with little commercial material. It is also a multifunctional facility with spaces for live performance, recording  / production, workshops, rehearsals and a 700-capacity club room which has recently been upgraded with the addition of a new DiGiCo Quantum 225 console, complete with MQ-Rack.

“Dominik loves to work on an SD console and owns an S21 himself,” comments David Liebens of supplier and integrator Amptec. “When the Q225 came to the marketplace, and Dominik needed a new console for the club, it was an obvious choice as it provides both the accessibility and the software features a club console requires. We provided training for the new console on delivery and further training is planned for the rest of the house team.”

Dominik Boiy adds, “The Q225 was bought mostly for the club room upstairs, which is mainly for concerts, but we often organise PA technique workshops there, too. For me it was important that the students should get their hands on mixing consoles that live up to industry standards and not have to work with budget mixers. That’s why we offer DiGiCo as the best console in class because it is by far the most renowned brand.”

The Q225’s very compact footprint was another key factor in Dominik’s choice, as it is not only used in the club, but also in the small bar stage. Both physically and financially it was only logical to go for a relatively small but powerful mixing desk with the latest features. Q225 also appeared just before Trix’s renovation works started, so the timing was perfect.

“We don’t have a separate monitor desk in the club, so the Nodal Processing on the aux’s comes in handy,” he continues. “Instead of patching a certain amount of channels twice (mainly kick, bass and vocals), we can now EQ and compress per-channel, per-aux. Bands that come here to prep and who send in-ear mixes from FOH love to use this feature. Also, the new screen is more detailed, and it just looks and feels better. We get a lot of compliments on the screen.”

Visiting engineers use the Q225 as well, with bands often liking to rehearse at the club before going on a festival tour and they programme the Mustard EQ and Spice Rack as part of preparations for shows or tours. After a couple days of rehearsing and programming, Dominik says they leave with a complete DiGiCo session, sometimes with Waves integrated, having laid down a good base for a successful tour.

“Almost every Belgian festival has a DiGiCo as its house desk, often with prep work by Amptec, so the compatibility between Quantum and SD is a big win and another reason to go for the Quantum, as bands can now take Quantum features on the road after PA rehearsals here,” Dominik concludes, “The Q225 was a logical next step for us in the DiGiCo family. I was impressed by the Q338, which I had on demo for a week, but that one was out of our league.

“The fact that we now have a mixing desk with Nodal Processing, Spice Rack and Mustard EQ and dynamics with an improved touch screen for the price of a SD12 is a big step for Trix. With the Q225 we have a high level, pro-spec console that was within our budget, which fits our spaces and which is ready and able to mix international artists.”

For me it had to be a DiGiCo. There was no other way 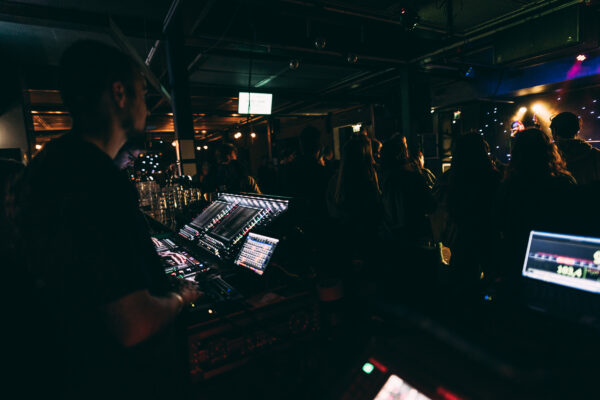 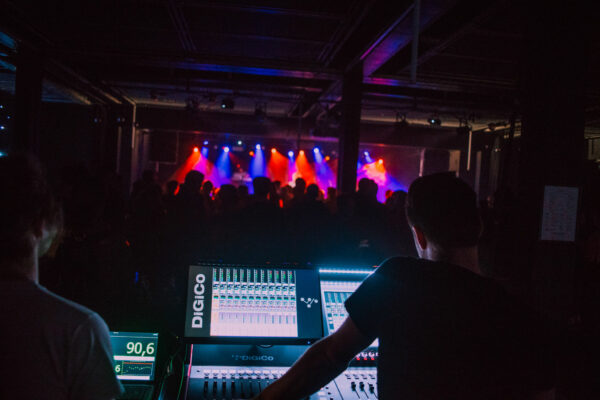