Manchester’s Royal Exchange Theatre is a unique theatrical space, located within an historic building whose story is as colourful and dramatic as the productions that grace its in-the-round stage, one of the largest in the country with a capacity of up to 750.

Manchester’s Royal Exchange Theatre is a unique theatrical space, located within an historic building whose story is as colourful and dramatic as the productions that grace its in-the-round stage, one of the largest in the country with a capacity of up to 750.

Once reputedly the largest room in the world, the Royal Exchange’s Great Hall was the heart of ‘Cottonopolis’, as Manchester was once known, one of the global centres for cotton trading and the source of much of the wealth generated for the city by that trade. Badly damaged by bombs twice – once in 1940 by the Luftwaffe and again by an IRA device in 1996 – the magnificent space was subject of a restoration following the latter and reopened two years later.

The theatre itself is extraordinary. A self-contained, heptagonal steel structure of which only the ground floor seating and stage rest on the Hall floor, the module is actually suspended from four of the building’s massive, original columns. The visual effect is striking, rather resembling a spacecraft that has somehow landed in the middle of a beautiful Victorian building…

Sorcha Williams is the theatre’s head of sound and was closely involved in the specification of the theatre’s new DiGiCo SD10T console, supplied by Autograph Sales & Installations and delivered with dual SD-Racks fitted with the OpticalCon options, the unique T-series theatre software, a redundant engine and fader pod. She very generously took time out of her schedule to describe the project.

“In a relatively short space of time, the technical requirements for sound design have rapidly changed with advances in technology. That, coupled with the Royal Exchange now producing a big musical every year, has meant that we have had to invest in equipment that can cater for the diverse range of productions on our stage.

“That means being flexible with how we programme and operate shows, and where we operate from. Our usual sound op area is not suitable for mixing a musical, so we create a secondary ops area. Our previous in-house desk was a great desk to use, however not practical to move. We therefore hired a DiGiCo every Christmas for the musical and whenever we had a larger scale show that required live mixing mics, most recently on our co-production with Manchester International Festival ‘Fatherland’. With the increase in the need to hire, it made sense for us to invest in our own digital console to replace the existing one.

“DiGiCo is what is always requested by sound designers and the features and expandability it provides mean we can cater for almost any requirements. Physically the SD10 is a compact size for such a powerful console and so suits our space requirements. Being able to position racks in strategic areas for different productions and connect them over OpticalCon fibre gives us a greater use of our infrastructure, and while we currently have to run long lengths of fibre between various points, I chose this option in order to future proof the purchase. Our current install infrastructure doesn’t have fibre points, but perhaps in the future it will. At the time of the original install, they catered for everything that they needed then; we literally have XLR and NL4 patch points everywhere you could possibly need them. There is a lot of thinking at the moment about what the install might need to be moving forward and from my experience having fibre points around the building would be incredibly useful.

“The decision to purchase the spare engine and fader pod is to provide the redundancy needed when running a large show. Personally, I have never been in the position where I needed to use an RE! The first DiGiCo console I used regularly was an SD7 and I never had to switch engines, but knowing that you can gives the operator peace of mind. We are currently in the middle of tech-ing Guys & Dolls and the associate sound designer has found it useful to jump onto the RE fader pod to make slight adjustments to group or aux levels without disrupting what I am doing on the main console. The previous console didn’t have any form of redundancy, so we were increasing the risk of losing a show if anything happened.

Several years ago, Sorcha upgraded the theatre’s QLab systems to run a redundant system, so it made sense to her to do also do that with the desk. The SD10T was also specified with the dedicated ‘T’-series theatre control software.

“While I find that setting up some of the features with the T software can be time consuming to begin with, ultimately it makes the workflow during the tech so much quicker,” she says. “The recall features it provides allows for much more detailed scene by scene programming.

The theatre has a long standing relationship with Autograph, both with Sales and Hire, which made the process much easier.

“Autograph’s Ben Tredwell was very knowledgable on the equipment,” Sorcha concludes. “I’ve always felt that the Autograph sales guys are not just a sales person. They really understand what they are selling and can advise according to your requirements. After-sales is excellent. There is always someone on the end of the phone to answer questions and, no matter how random the question is, they will always have an answer or direct you to the person who can help.”

DiGiCo is what is always requested by sound designers and the features and expandability it provides mean we can cater for almost any requirements. Physically the SD10 is a compact size for such a powerful console and so suits our space requirements. 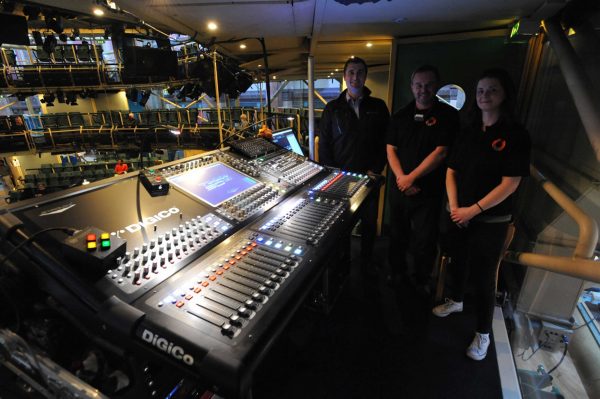 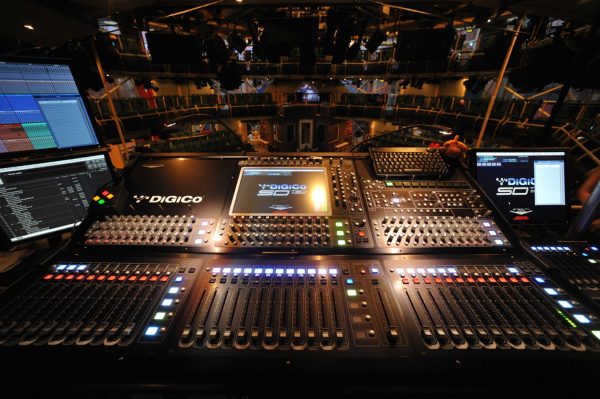 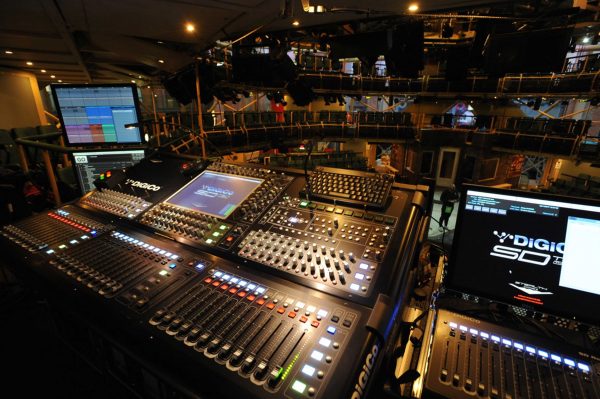