The Giovanni Zarrella Show is a quarterly highlight on ZDF, Germany’s second TV station, featuring Schlager (a style of European popular music) with established stars from pop and classical plus promising newcomers performing new arrangements, previously unreleased duets and exclusive live performances. DiGiCo SD consoles are at the heart of the audio system.

The show appears in a prime-time Saturday evening slot with its second edition attracting a TV audience of almost five million. The eponymous host, formerly a member of the pop group Bro’Sis, regularly duets with his guests and his February show (broadcast just before Valentine’s Day) took love as its theme throughout.

The show’s audio infrastructure is provided by Kürten-Herweg-based B&R Medientechnik, a full-service company with roots in recording mobiles but now delivering event technology solutions to a wide range of projects from their four divisions of Mobile, Events, Studio and Rental. Their Mobile division works extensively in broadcast sound and after the company won a large-scale tender to provide sound reinforcement, wireless requirements and broadcast music mix, the first live broadcast of The Giovanni Zarrella Show took place in September 2021.

A long-time DiGiCo owner, B&R Medientechnik’s first was an SD9 used for monitors with US metallers Manowar, followed by an SD11 for smaller applications and conferences. Due to their effective price / performance ratio two SD10s and an SD12 followed, paving the way for the next step using the Optocore network and the subsequent purchase of the SD-Racks that followed. In 2018, they equipped their Audio 3D Mobile with a Quantum 5, then in 2021 added a Quantum 338 specifically for the Giovanni Zarrella production.

Bernd Kugler is the owner of B&R Medientechnik and comments, “We have been relying on DiGiCo for several years, not least because of the unique and excellent German sales force at DiGiCo’s German distributor, United Brands GmbH. Our competitors in the tender process offered another well-known console brand, but due to our relevant references in the TV music business in Germany, we were able to offer our own choice of console and infrastructure, including the associated signal flow via the Optocore loop.”

Benjamin Kugler was the system engineer for the entire production, with Lambert Kreimer operating monitors, Uwe, Hugot at FOH and Janosch John doing the music and broadcast mixes. Kugler describes B&R’s audio infrastructure, which is reliant on DiGiCo products. “We have the challenge of three show stages that are used both alternately and simultaneously, with a total of around 250 inputs that have to be available at a wide variety of workstations,” he says. “That is accomplished thanks to the flexibility of our DiGiCo consoles, all connected via a large Optocore loop, with extensive gain sharing ensuring that every workstation has access to all inputs at all times.”

In the hall, the inputs are divided into speech mixing and music mixing across two console locations. The music mixing is done with the SD12, giving fast access through the two screens, plus Waves integration through the DMI card. The speech mix in the hall requires a large playout matrix and so runs over two SD10s, running redundantly, while the artists’ monitor mix uses the latest Quantum features and relies on a Quantum 338.

“We support the broadcast sound from Studio Berlin by creating a music sub-mix from our B&R 3D Soundmobile,” Benjamin continues. “Here we rely on a Quantum 5B, which covers the range of tasks found in an OB truck with its broadcast-specific features.”

In addition to three SD racks with 32-bit I/O cards, the input devices in the Optocore loop are an Orange Box with Dante and HMA DMI cards as a backup solution for the 56 wireless microphones. An Optocore DD4 is used for signal exchange with the broadcast OB truck, which has a bi-directional MADI exchange.

“The great sound and the possibilities of a large DiGiCo configuration make our work easier in many respects,” adds Benjamin. “Virtual sound check through a 192-track multitrack in the Soundmobile is available at all workstations, through digital connections within the Optocore loop, in addition to talkback functions, while completely digital groups and submixes can also be exchanged without further latency or sound processing by unnecessary converters.”

Roger Wagener is handling the FOH music mix via an SD12. “My setup contains the whole band, every singer, every add-on instrument played by guests and playbacks,” he says. “The house PA system is fed from the onboard matrix and I am not using any outboard, everything I need is inside the desk – except the Single Malt Whisky! The SD12 has been my first choice for this show because it’s compact, fast to use and gives me all the necessary connections – a real ‘Swiss Army knife’ of a console!”

Bernd concludes, “Giovanni Zarrella himself, his musical director Chris Papendieck and all the musicians are really enthusiastic about the sound and the audio quality on the show. They are all professionals with a lot of experience under their belts, so their compliments to our people and the equipment we specify is much appreciated!” 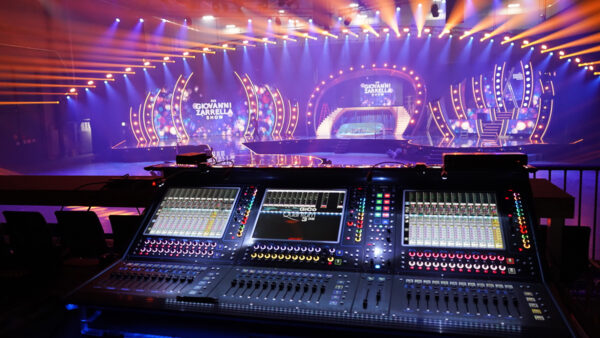 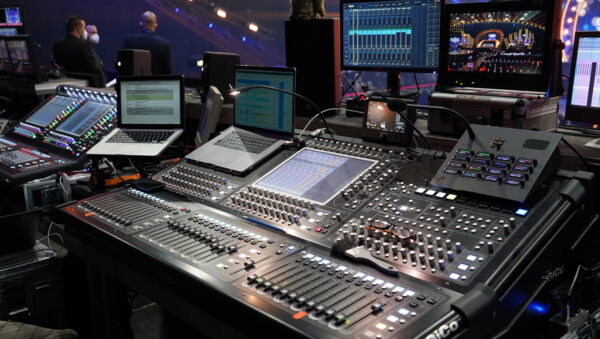 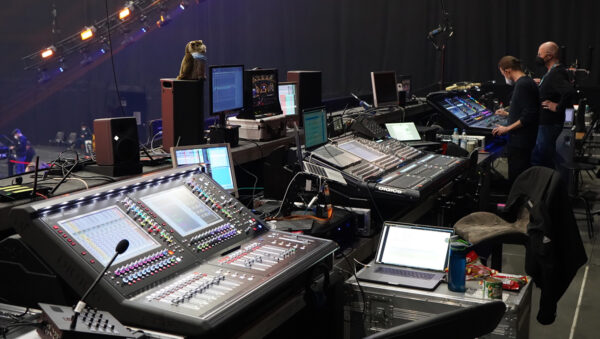