This is the first in a series of articles on DiGiCo’s 4REA4 that will demystify what this easy to install and operate system can do in a multitude of environments from stadiums, Houses of Worship and cruise ships, to live environments such as festivals, by talking to some of the world’s most experienced audio designers.

Here, Scott Willsallen, audio director and sound designer at Emmy Award-winning audio visual design consultancy, Auditoria, talks about his use of 4REA4 as an essential element of the audio system for an extensive technical upgrade at the world’s tenth biggest stadium, the illustrious Melbourne Cricket Ground (MCG) in Australia.

Auditoria has worked on projects of considerable proportions, including installations at the Bankwest Stadium in Western Sydney, Sydney Opera House and ANZ Stadium, as well as the audio broadcast for four Olympic Games, two Commonwealth Games and two rugby world cup tournaments. Willsallen’s initially understated recollection belies the fact that the MCG had released an open tender document, the bidding process for which was rigorous, and the scale of the project was enormous. In fact, this was by far the biggest job the company had done.

“There was the 100,000 seater bowl, plus all the back of house areas including restaurants, bars and function areas,” says Willsallen. “It was massive on every level, from the quantity of the spaces, to the area of each them and the level of performance the MCG was after. In most stadium installations, the bowl would be 50 or 60% of the job, but in this case it came down to just 30 to 40%.”

To add to the complexity of the project, the stadium was built in two halves, the North half having been finished in 2006 and South in 1992. Their architectural styles are dramatically different, providing some interesting challenges for the Auditoria team in the design of the system.

For the front of house system, there are two modes; a game day mode and a minor event mode. The game day mode uses a DiGiCo SD9 mixing console with a Waves package. There is also a small deployable Stage Rack that can be placed anywhere in the stadium for a pre-game band, for example. This all operates in the typical front of house mixer environment. A second system acts as a backup for the console.

“For minor events, we needed something that would do two things: a corporate activation, maybe event in one part of the stadium, with the presenter then walking out into the bowl and then a video starting,” Willsallen explains. “This would generally require a technician to come in each time, which becomes quite expensive. The MGC wanted a solution where one video operator could simply push up a fader without having to touch the console. That’s where 4REA4 comes in.”

a dual redundant pair of 4REA4s sits on the same network as the console, racks, etc, and comprises two frames and two Acontrol8s. These are multi-layer programmable remote control panels that can be configured as a single-zone or multi-zone remote control, or compact mixing interfaces.

One Acontrol8 sits next to the console as a backup, the other is integrated into the video system. This means that for a small event, the video operator has a fader or two that can be used for audio replay and video. It also acts as a backup for the main console and a fader panel for really simple events.

“The programming of the 4REA4, from band new in a box to it passing audio, was done in a just few hours,” Willsallen concludes. “The user interface feels more like you’re mixing sound than programming a computer, and its integration within the DiGiCo ecosystem means it’s familiar to anyone who knows DiGiCo consoles. There aren’t that many tactile control surfaces available and the Acontrol6 and 8, especially the 8, really does feel like a console.

“To be able to do what we regularly do on installations, stadium or not – Houses of Worship are another prime example – you may not have skilled operators for the console available all the time, but there are probably events of varying scales going on at other times. A 48 channel console is daunting to an unskilled person, but the simple interface of 4REA4 is accessible for everyone. There’s no other product that I know of that allows that level of scalability.”

About 4REA4:
4REA4 is a powerful low latency FPGA based audio engine designed for the installation market. It features allocative processing, customisable I/O and a range of programmable hardware controllers, and delivers high quality audio that lives up to the DiGiCo name.

4REA4 is designed to run as either a stand-alone install system, as an enhancement to an existing installed system, or to add install functionality to a multi-console setup. Its plug-and-play style setup and user-friendly interface make it perfect for making changes on the go and easily adding peripheral devices without disrupting any other part of the system.

The ability to integrate 4REA4 into a DiGiCo console system makes it ideal for situations with large performance spaces such as theatres, or even music festivals. It is also suitable for venues with multiple performance spaces such as cruise ships or large houses of worship. In addition to providing access to a range of specially designed I/O boxes and controllers, 4REA4 adds flexible format conversion using DiGiCo DMI card options including support for Dante, MADI, Waves SoundGrid and Calrec Hydra2.

Hi res images are available for download from https://gasolinemedia.jalbum.net/DiGiCo_4REA4_MCG/

A 48 channel console is daunting to an unskilled person, but the simple interface of 4REA4 is accessible for everyone. There’s no other product that I know of that allows that level of scalability.” 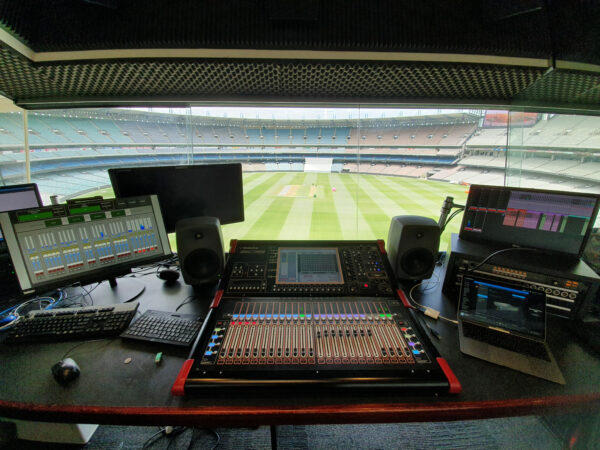 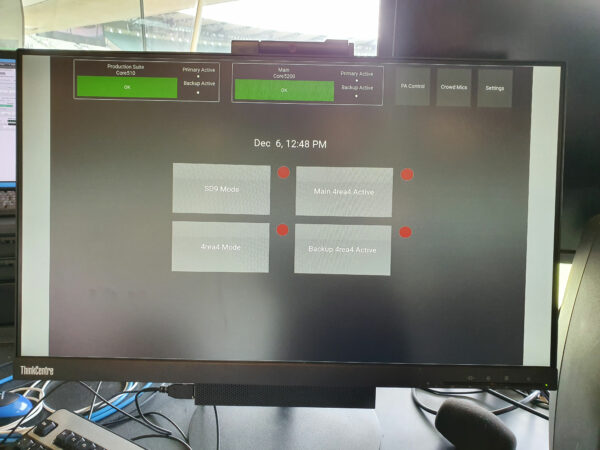 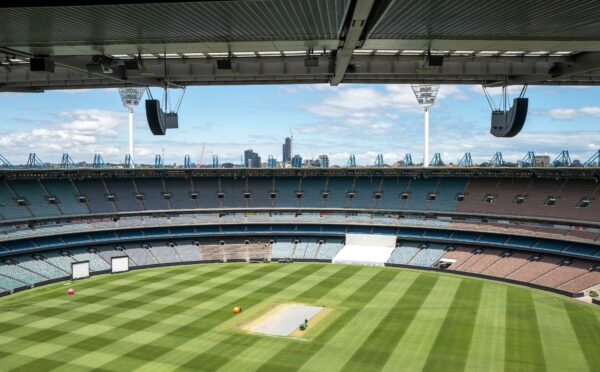