Dermot Kennedy’s breakthrough #1 album Without Fear, released in October 2019, had its touring cycle interrupted by a worldwide pandemic, just when the Irish singer-songwriter and Brit-nominee would rather have been treading the boards of global stages. Undeterred, Kennedy featured in Billboard's Live At-Home concert, and subsequently organised his own virtual concert, Sound Waves, in May 2020 in support of the World Health Organisation's Solidarity Response Fund. He also performed his own global live stream from London’s iconic Natural History Museum. Now, he’s finally back on the road with two DiGiCo SD5 consoles supplied by SSE Audio and operated by FoH engineer Will Donbavand and monitor engineer Simon Peter Lawson.

“We were lucky enough to be back out in the US with rehearsals in Nashville from late July,” says Donbavand. “This was followed by a US tour and a performance at Lollapalooza,” Lawson adds. “It’s been a journey since then! It’s been challenging in its own way, digging deep to recover the skills, quick thinking and seamless execution that we took for granted before the pandemic. We found our stride again!”

Donbavand and Lawson have been working with Dermot since 2017, with Donbavand doing Dermot’s first ever London show at Hoxton Square Bar & Kitchen and Lawson taking the reins for a Monitors from FoH tour around Europe later that year. Things quickly escalated in early 2018 with both engineers taking up their current positions. “As soon as we could spec desks for Dermot, we took out a pair of SD11is and gain shared an SD Rack,” says Lawson. “We’ve not looked back since!” adds Donbavand. As the channel count grew, both engineers worked their way up the SD Range, opting for the SD12-96 for the most recent tours prior to this one. “For me it is a great console; lovely layout, compact, twin touch screens. It’s very versatile, perfect for a mid-size channel count show,” says Lawson.

The decision to move to DiGiCo’s SD5 came after the addition of backing vocalists for the new show design upped the number of input channels, onboard FX and faders required. “I finished the recent UK shows with 82 input channels, 14 auxs, two mono and 11 stereo groups, and 12 control groups,” explains Donbavand. His L-R matrix feeds a loudspeaker management processor, with an additional matrix providing an IEM mix for the lighting director and video operator. FoH and monitors have been sharing an SD rack alongside an SD Mini Rack for extra inputs. An additional DiGiCo Mini Rack at FoH handles sends and returns to outboard signal processing, audio interfaces for show recording and clocking for other outboard signal processing and recording devices.

Lawson described their current SD Rack stage setup: “Our optical loop consists of the SD Rack fully loaded with 56 32-bit Stadius input cards, 48 analogue outputs and eight AES outputs. Four analogue output cards were assigned to the monitor desk and two, plus the AES card, were assigned to the FoH console.” To accommodate extra inputs for this show, the team also had a Mini Rack at the monitor position loaded with three analogue input cards and an AES I/O card. “I used the AES I/O card to patch in the Cedar DNS8 noise suppressor which I used on the background vocal mics,” explains Lawson. In addition, Donbavand and Lawson use the DiGiCo Con Send and Receive ports to convey the eight analogue inputs on the back of the board to each other, enabling both mix engineers to access any input within the system. “This is great for something like a last-minute talk back mic that gets patched into the monitor board, or to allow me to pick up Will’s walk-in music without any extra patching,” explains Lawson. “I had never had an SD5 on monitors before – I must say that I thoroughly enjoyed using it, the ease of access to the large bank of Macros proved extremely useful.”

“I have also utilised a Streamdeck connected to a Raspberry Pi 4b running Frostbox Labs’ Macro Stream SD,” Donbavand reveals. “This allows me to access more Macros than I could do just with the mix surface, and control my record rig by firing OSC commands to Reaper.” Macros play a big role in the FoH mixing workflow for Donbavand, especially with the Kennedy’s recent addition of several radio systems which require muting at certain points in the show: “having macros set up for these really has made the task easy, I also use Macros to trim acoustic guitar gain for particular song sections.”

Lawson also cites being able to patch Aux sends or Groups back into the top of an input channel is “killer stuff for monitors.” He finds the matrix handy for patching the Cue Buss and Group Buss used for talkback mics to run in parallel, to avoid missing talkback messages. “I also use the matrix to send a guitar tuning DI to our guitar tech Joe Grouse, which ducks his main mix, allowing him to tune accurately whilst not missing a beat of the show – big thumbs up!” he notes.

“The SD5 is great. I’m very much a fan of having a screen per bank of faders for easy visual referencing, which is why I wanted to go for the SD5 rather than the SD10,” Donbavand continues. “Our tour director, musical director, and artist management have all commented on how happy they are with how the show is sounding. We finished up at Alexandra Palace, which has some notoriety for being a particularly difficult room to mix in, and I had some great feedback from some important people in the extended Kennedy live team.”

After working on a new album over the winter period, Dermot Kennedy will be back on the road in 2022, supporting Shawn Mendes on a North American stadium tour next summer.

The SD5 is great. I'm very much a fan of having a screen per bank of faders for easy visual referencing, which is why I wanted to go for the SD5. Our tour director, musical director, and artist management have all commented on how happy they are with how the show is sounding. We finished up at Alexandra Palace, which has some notoriety for being a particularly difficult room to mix in, and I had some great feedback from some important people in the extended Kennedy live team 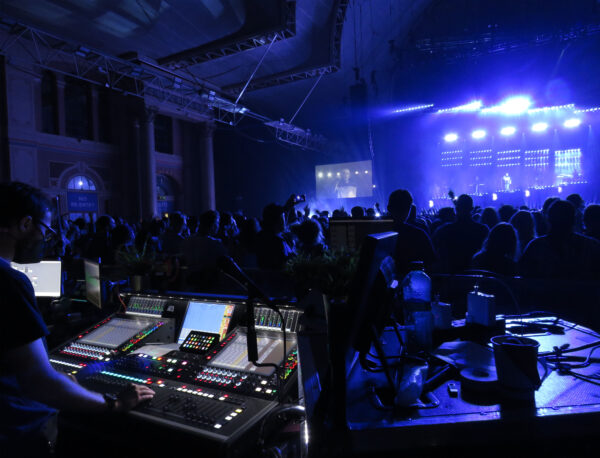 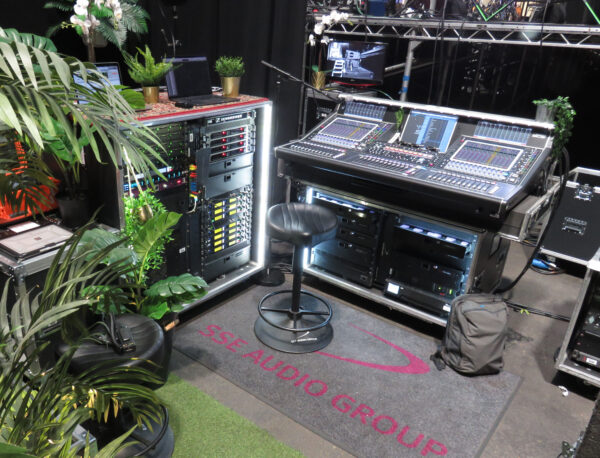 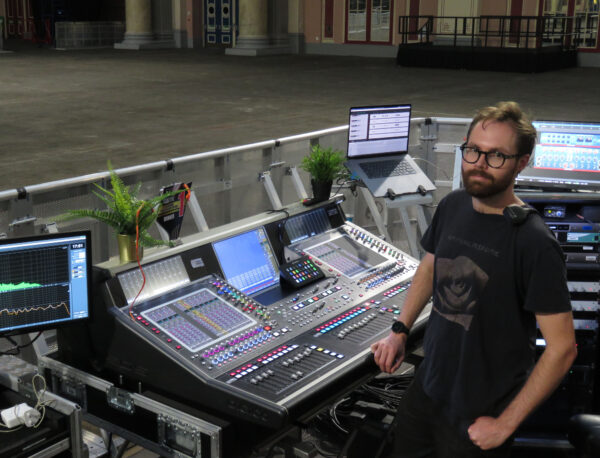 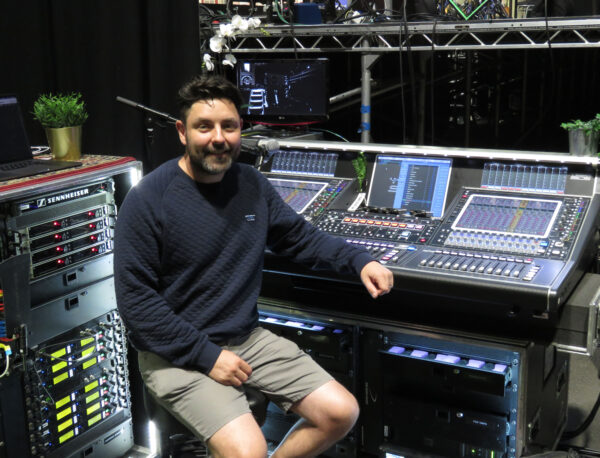 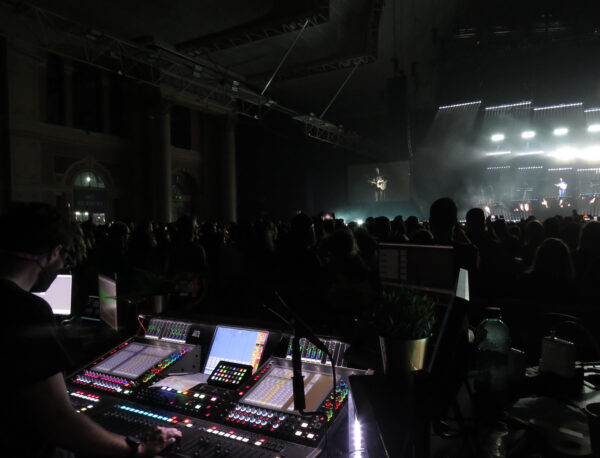