DiGiCo Consoles Were ‘Born To Do It’ For Craig David Tour

After a two-year postponement, the highly anticipated UK tour of one of the most successful artists in UK chart history, Craig David, commenced in April. Initially visiting 13 arenas across the country with a large-scale production based around DiGiCo’s premium Quantum console range. The tour will continue into the summer with festival appearances, formatted as either full live band sets or the artist’s TS5 boutique DJ shows. To ensure seamless audio quality across the range of performances, the sound team specified consoles from DiGiCo’s portfolio.

Entitled Hold That Thought, the tour celebrates 20 years since the release of David’s critically acclaimed Born To Do It debut album, which established him as one of the UK’s most beloved artists. During his career, he has achieved 23 UK Top 40 singles, nine UK Top 40 albums, amassed over five billion streams worldwide and reached multi-platinum status in more than 20 countries. The tour encompasses new tracks from his forthcoming album as well as his early music, and elements of his TS5 project, named after the Tower Suite 5 apartment in Miami, where he used to host house parties, recalling the early days of his career when he used to DJ, MC and sing.

Following the intense arena dates, the tour takes in festival appearances – either full live band or TS5 format – plus, dedicated TS5 fly-in shows in Ibiza. With technical requirements varying from show to show, both FOH and monitor engineers designed the rider to stipulate various sized DiGiCo consoles to tailor the system for the different formats.

“Both Ash and I have been using DiGiCo consoles for many years. In fact, I first started using the brand when the D5 was launched 20 years ago,” explains Whitelaw. “Given the mixture of venues and types of shows on this tour, consistency across the range gives me peace of mind; I’m happy and confident to jump from an SD11 up to a Quantum 7, depending on what budget and logistics dictate. Ash and I both agree it’s great to know we can spec ‘anything SD’ and reliably load up the same show.”

At FOH, the production utilises up to 75 input channels, with a typical output matrix for PA, multi-track recording, and various other splits and mixes fed via MADI. The SD Racks are loaded with Stadius 32bit I/O and AES connectivity. The engineers have made a point of keeping almost everything digital from source to amps, sharing racks to avoid analogue splits. Playback and keyboards are all MADI fed into the Optocore loop via a DDR2FR 128-channel interface, whilst the RF mics, guitar, bass and acoustics are all fed via AES.

“The only thing that’s analogue on stage are the drums!” says Wilkinson. “We’ve even managed redundant Kemper switching without leaving the digital domain, which I’m really happy with. Being able to seamlessly combine all of our system components on one fibre loop makes a big difference – it is fantastic.”

Wilkinson manages monitor duties in a comprehensive and agile system layout, which caters for multiple / changing musicians each show.

“Craig is an exacting artist who requests his in-ear mix as close to studio perfect as possible. The six other musicians on stage require more traditional, largely unprocessed, monitor mixes, and the BVs are somewhere in between,” Wilkinson explains. “To achieve that, I have effectively split my desk in half, with all inputs except drums and shout mics duplicated, to allow discrete processing, with various nodal-fed and processed sub-mix auxes merging for Craig. Meanwhile, setup for the TS5 segment of the show requires extra wedges and IEM’s, plus the usual sidefills, eight tech mixes, video, LX, VT, and additional requirements for support and guest acts.”

In total, Wilkinson manages 184 inputs, 70 auxes, 12 groups, 24 matrix inputs into 10 matrix outputs, 10 VCA, three multis, eight nodes, two solo buses, 11 stereo FX and 10 channels of DiGiCo’s Spice Rack processing. Neve 5045 primary source enhancers are inserted on vocals, and the most important 64 channels are fed to the recorder via MADI for every show for future souncheck use.

“It’s a little bonkers but the Quantum 7 makes it a breeze to handle; quite simply, no other console could do everything I need,” Wilkinson declares. “The meter bridge is priceless, aux merge function is vital, aux nodes and Mustard processing are game changers. We had a last-minute guest vocalist on one show and being able to insert an aux-node vocal EQ on the fly just before he walked onstage was wonderful. Having so much versatility within Snapshots is essential and I think I’ve also filled up most of the Macro banks… I love Macros!”

“One stand-out technical experience of the tour for me is that it has given me the opportunity to explore Quantum’s Mustard processing suite in earnest. I’m really impressed with all the extra features you can easily add per channel, especially the preamps and EQ,” concludes Whitelaw. “There’s a reason DiGiCo is the go-to manufacturer for high-end touring – you can’t beat the clean sound, definable options and control. I’d happily use Quantum everywhere I go!”

It's a little bonkers but the Quantum 7 makes it a breeze to handle; quite simply, no other console could do everything I need 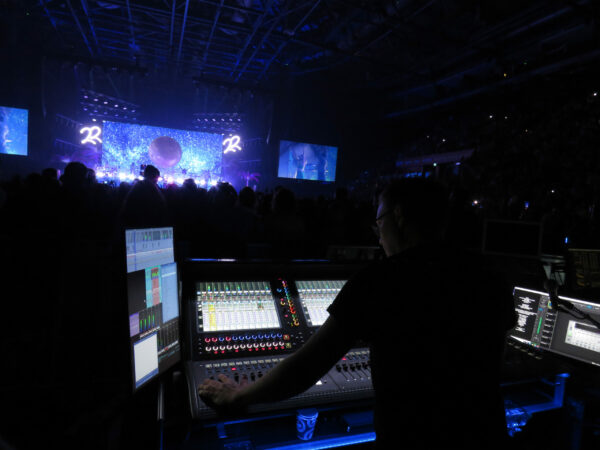 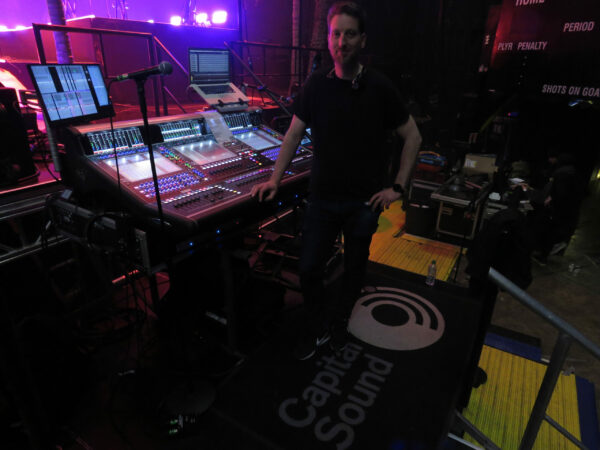 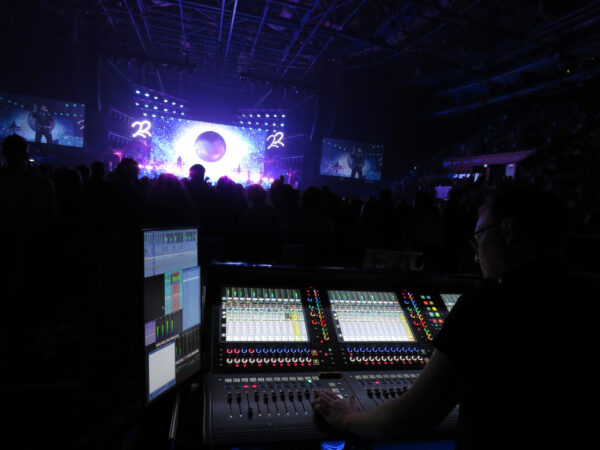 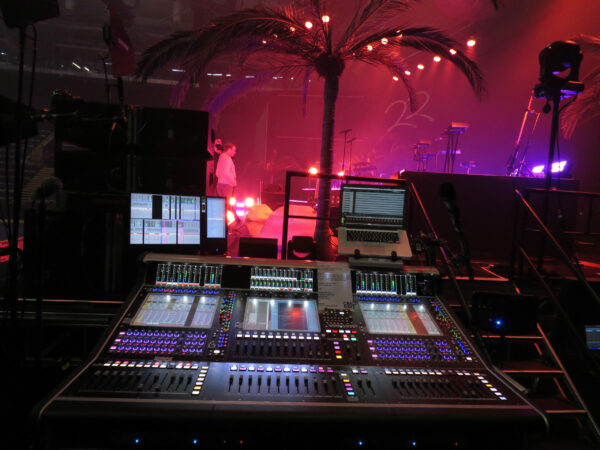 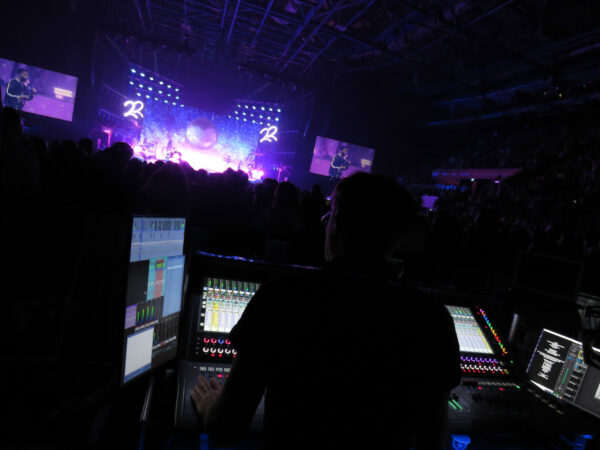