El Madrileño is one of the most successful Spanish album premiers, generating more than 5 million downloads on Spotify in a single day. It is the third studio album from Spanish rapper and singer-songwriter Antón Álvarez Alfaro, better known as C. Tangana, and was co-produced with fellow recording artist, Alizzz. With the album peaking atop the Spanish music charts and bringing C. Tangana his first Latin Grammy nomination as a performer, a concert tour in support of El Madrileño, Sin Cantar ni Afinar Tour, was announced. The first date in Málaga earlier this year sold-out almost instantly, with over 30 spectacular shows taking place around Europe since. Providing powerful processing and bullet-proof stability are DiGiCo Quantum7 and SD7 consoles, supplied by Spain’s leading audiovisual equipment rental company Fluge Audiovisuales.

FOH engineer Felipe Lara has been mixing for C. Tangana for the last four years and explains how he started using the SD7. “I started the current tour with a different console brand but it was having stability problems, so three days in, I opted to switch. I chose the SD7 because I know the consoles, its processing power and stability. Being so familiar with the DiGiCo environment, I knew I’d be able to replicate the work I’d done on the previous console to the SD7 very quickly,” he says.

With Fluge Audiovisuales’ extensive product inventory, which includes SD7, SD5, SD10, SD8, SD12, SD11 and the latest Quantum7, Quantum338 and Quantum225 models, meant supplying the tour was not an issue.

Lara notes that although he always found DiGiCo’s interface easy to work with. “It’s an environment that’s very similar to that of the analogue world,” he says. “At a glance, you know what’s on each input or output without having to scroll through different windows. The workflow can be as complex as you want it to be thanks to the latest consoles’ almost limitless options, but it’s really easy to understand DiGiCo’s work philosophy.”

For Sin Cantar ni Afinar, Lara’s work structure is largely based on Groups. “There are 103 inputs coming from the stage, plus my FX returns and sends, and parallel processing channels, so grouping is the key to my console structure,” he explains. “The key to having an agile workflow is in the grouping of sections. It’s about simplifying and being able to process the different sections together. I don’t have 200 faders on my surface and can go to each one without traveling through layers, and while fader banks are a nimble tool, having the ability to group and send those groups to other groups allows me access to all of them in accessible and visible sections. This structure also allows a sidechain process to affect an entire section. That’s something that’s really useful for me in this show.”

Seven months into the tour, and having already completed over 30 concerts, Lara is delighted with his SD7 and its performance and the comfort of knowing they are available almost anywhere.

“Although we travel the world with our control systems, the situation has arisen that we arrive, but the equipment doesn’t because it travels another way,” he says. “The size of this show means it would be impossible to start from scratch with another console, so it’s very reassuring to know that wherever we go, we will find an SD7 available. That’s something you have to consider when choosing a console. “I worked with the SD7 at the start of the tour and later moved on to the Quantum 7. Personally, I feel very comfortable working with my SD7, it’s super flexible and sounds like a cannon!”

Monitoring for the tour is handled by long-term DiGiCo user Carlos del Valle, who relies on Quantum 7 to deliver the functionality, audio performance and the scale required to cope with a large production like the Sin Cantar ni Afinar Tour.

“The first time I used DiGiCo on tour was back in 2008 mixing Extremoduro on a D5, and I have pretty much used DiGiCo on every tour since then,” recalls del Valle. “We chose the Quantum 7 as it is the only console that could accommodate the large number of inputs required for this show. And the new Quantum features are so good I have the power to tackle any challenge the production throws at me!”

Del Valle notes that the central fader bank has been invaluable for storing the aux sends. “I’m not sacrificing any other banks for this, and I also have a very easy access. The meter bridge on this console is one of the best digital meters out there which is very important for me,” he says. “Furthermore, the new Quantum dynamics and Nodal Processing have both been a useful addition to the already impressive arsenal of features the console has on offer.”

As with Lara, del Valle appreciates the reliable setup they have. “My monitor set up is quite complicated, with KLANG integrated via DMI, a Waves SuperRack used for inserts and Live Professor via Waves Soundgrid for reverbs. But it all works like a charm, every day!”

This is the first time del Valle has used KLANG immersive in-ear monitoring, “but with a 16-piece orchestra on top of a flamenco and Latino band, plus trap playback and synths, this was a no-brainer!” he says.

Using KLANG in a somewhat unusual configuration, del Valle sends instruments like strings, horns, percussion and backing vocals to a dedicated aux send to create a sub grouped mix in the KLANG which he then returns to a channel, not an aux, so he can process it as a group and then send a submix of all the elements to the musicians on stage, depending on what they need to hear.

“The integration between DiGiCo consoles and KLANG is the key to making this workflow fast and transparent as you mix KLANG channels with regular channels in the same aux,” explains del Valle. “Additionally, as there is a DMI-KLANG in the console, all sends and pans are mixed from the console, and with 32 people onstage and 110+ inputs, speed and ease are very important.”

Additionally, del Valle finds that, sound-wise, everything is “a little more open with KLANG”, although he notes that one has to be careful with the placement, because that can alter the tonality of the source. “A little goes a long way and the difference is there for sure,” he says. “I don’t think I could get the clarity and space with normal stereo mix, or even be able to comfortably listen to it for two hours. I think that’s the real advantage: the listening fatigue is significantly reduced with the KLANG system.”

The musicians are predominantly from a hip hop or flamenco background, but the concept for the tour embraces an organic and guitar-oriented sound. So, whilst everyone, including C. Tangana himself, is new to immersive in-ear monitoring, the musical style is also very new, and immersive audio is simply another innovative experience they have embraced.

“As a technical team, we are really pleased with both DiGiCo and KLANG, and everyone else seems to feel the same way,” concludes del Valle. “It would have been much more challenging for the band members to be on anything but KLANG. The way the system tackles listening fatigue and adds spaciousness inside the mix is just on another level compared to other systems on the market. I think the system we’ve got is absolutely amazing for busy in-ear mixes, and we’re excited to continue using it on this tour and beyond!” 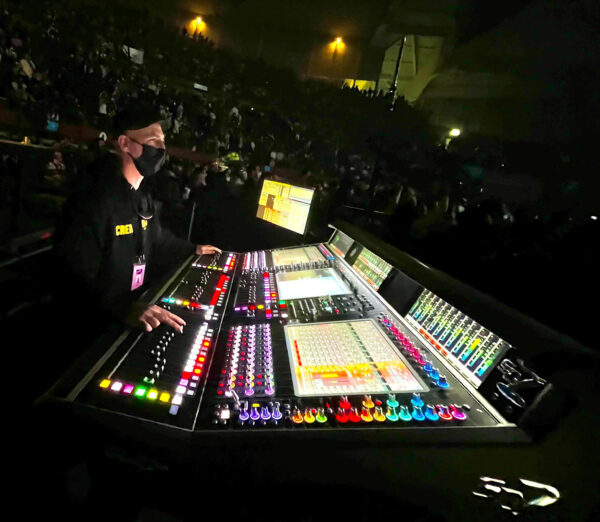 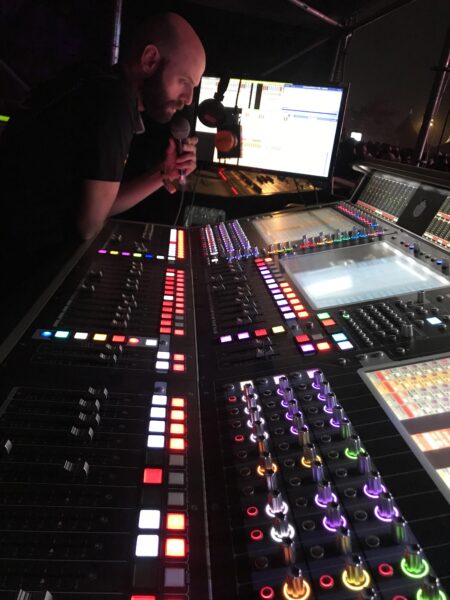 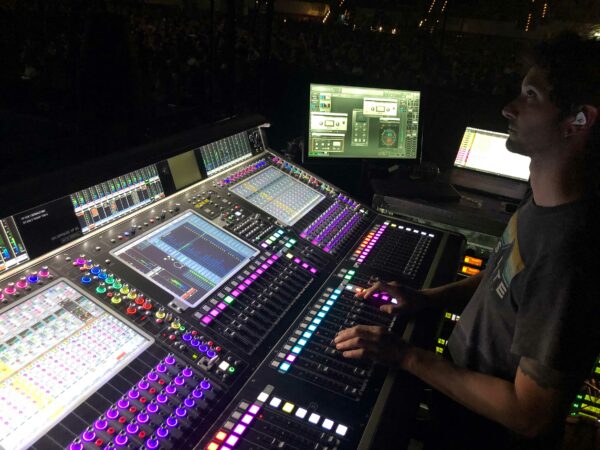 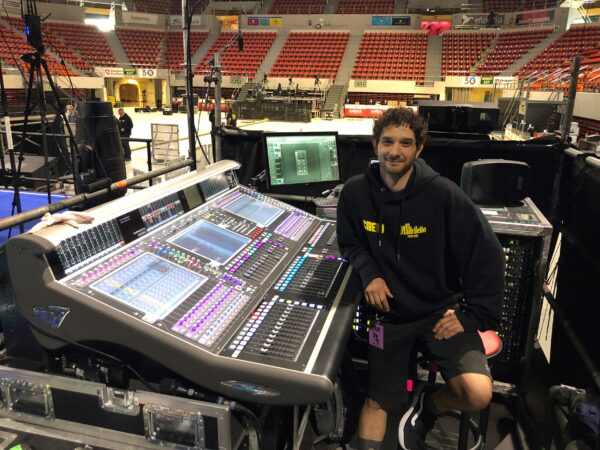