Audio engineer Mickey Beck has worked with Josh Groban for 12 years and Chris ‘Cookie’ Hoff for the past three. They recently arrived in South Africa on the US singer/songwriter’s Stages tour, where they used two DiGiCo SD10 digital mixing consoles, plus two SD-Racks for Front of House and monitor positions. 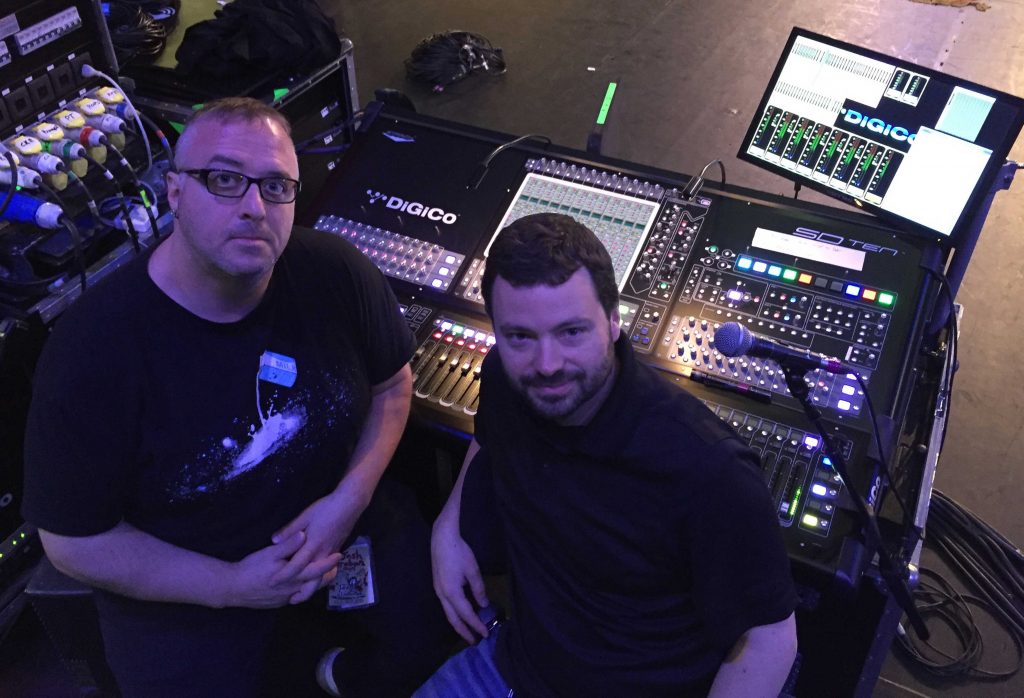 Audio engineer Mickey Beck has worked with Josh Groban for 12 years and Chris ‘Cookie’ Hoff for the past three. They recently arrived in South Africa on the US singer/songwriter’s Stages tour, where they used two DiGiCo SD10 digital mixing consoles, plus two SD-Racks for Front of House and monitor positions.

“The main reason we chose DiGiCo consoles for Josh’s Stages tour was its scalability and cohesive UI throughout the model range,” says Mickey.  “There is no typical Josh Groban configuration; a show may be just Josh with a piano or a trio, which adds a guitar into the mix. There have been shows where Josh has sung with an orchestra, or orchestra and full electric band. This dictates that we needed to use a console that would allow us to move our work up or down in input list size without having to start from scratch every time.”

“The DiGiCo platform helped us to achieve our goal with its straight-forward UI, ease of use, sonic quality, and scalability of input racks,” adds Chris. “We love the stage rack sharing ability, as it helps us meet our daily production/rehearsal schedule by allowing us to line check onstage while FOH is tuning. We know that if we have the input on stage, FOH will certainly have it as well.”

“Our first real dive into DiGiCo was August 2015 starting with Josh’s PBS special recording,” Mickey continues. “We both use Waves MultiRack with our DiGiCo consoles, as well as a pair of Bricasti M7 reverb units.  MultiRack is incorporated into the console using the DiGiCo/Waves IO with Waves Extreme Servers, and we send to and receive from our Bricasti units via the local AES IO on the surface.”

Working with Josh has many highlights for both Mickey and Chris.

“Josh is a tremendous vocalist,” says Mickey. “His power and technique is in a class far beyond a typical pop vocalist. He cares about his craft and works very hard to constantly refine his abilities. This translates to an exceptional quality vocal for us to work with. We have great gear and great musicians, so we hide nothing.

“South Africa is not a typical destination for most American artists. We feel very privileged to be able to travel to distant lands and put on our shows. We had great audiences, great local musicians, great weather and great gear to work with thanks to DWR Distribution and Gearhouse.”

“The crew from Josh Groban are of the best in the world and that should say something about the equipment they choose to use,” says Jakobus de Wit from Gearhouse South Africa who, along with Kyle Robson from DWR, was involved in the project. “This was a show of high standards, the system performed flawlessly and we all feel proud that we played a part in it.”

The DiGiCo platform helped us to achieve our goal with its straight forward UI, ease of use, sonic quality, and scalability of input racks 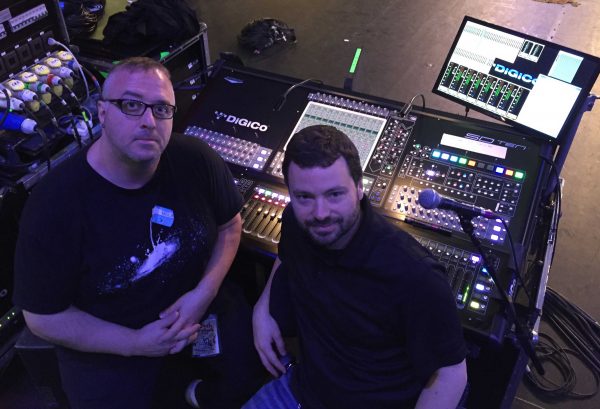