DiGiCo S21 Get (The) Used On Rock Band Tour

Sean Palmer, Front of House engineer for US rock band The Used, has been mixing audio for almost two decades. He has recently discovered the delights of DiGiCo’s new S21 digital mixing console, supplied by Clair Brothers, PA rental company for the band’s current album celebration tour. It has, he says, changed everything for him…

Sean Palmer, Front of House engineer for US rock band The Used, has been mixing audio for almost two decades. He has recently discovered the delights of DiGiCo’s new S21 digital mixing console, supplied by Clair Brothers, PA rental company for the band’s current album celebration tour. It has, he says, changed everything for him…

“I haven’t used DiGiCo consoles much before,” says Sean. “I’ve always loved the sound of the consoles and thought they were incredibly capable, but I just couldn’t get my head around the workflow.

“Then I went and did training with Tom Williams at DiGiCo HQ. I learned how to create the workflow I wanted and there’s nothing I haven’t been able to do with the S21 since.”

Sean had been using what he describes as ‘an insane amount of plugins’ on previous consoles. “They were all great, but there’s this sterile tone to them and still a lot of stuff you just can’t do. It was starting to become an issue with the larger acts I was working for, so I needed to switch.”

This is just the second DiGiCo console Sean has taken out on tour, having used an SD11 on his previous tour. For The Used, he wanted to have a console with more faders, but that wasn’t going to break the band’s budget. The transition to an S21 has worked from day one.

“The interface is incredibly intuitive,” he says. “After the second song of the first show I wasn’t even looking at the console anymore; I was just mixing and watching the band. That’s exactly what I was looking for. This console is my ‘yes man’. I say, ‘I want you to do this S21’ and it says ‘absolutely!’. That’s amazing to me. I simply don’t have to worry.”

With the tour being a celebration of The Used’s first two albums, Sean has brought in  more of the tracks from the recordings, including orchestral elements and sound effects, which necessitated adding a few more track channels. The overall total was 40, with nine aux sends, four stereo and two mono groups.

“And the S21 hasn’t batted an eye!” he continues. “I’m also running Waves on a separate SoundGrid server, which is amazing, too. Some of the other consoles are getting away from integration with Waves, but I’m a big proponent – especially on record celebration tours -of being able to replicate the tones from the record.

“I’m using less plugins with the S21, because the EQs are musical, but the integration is amazing. Having producers and mix engineers being able to say ‘here’s the exact pre set I used on the record’, and being able to load it up on SoundGrid is ideal. The S21 just talks to SoundGrid, there’s almost no latency and the integration is smooth and concise. I don’t have to think about it. That’s great when you’re mixing a show. You have your hands on the faders, your eyes on the band and just mix.

“I try not to get my head buried up in the console. It’s a very pretty console and the touchscreens are really cool, but when the show comes on, all the console lights get turned down and it’s time to focus on the band and mix.

“This console has allowed me to do that. The transition has been phenomenal. Coming from a whole different platform and being able to whip around on it has been great.”

This console is my yes man. I say, I want you to do this S21 and it says absolutely. That is amazing to me. I simply do not have to worry. 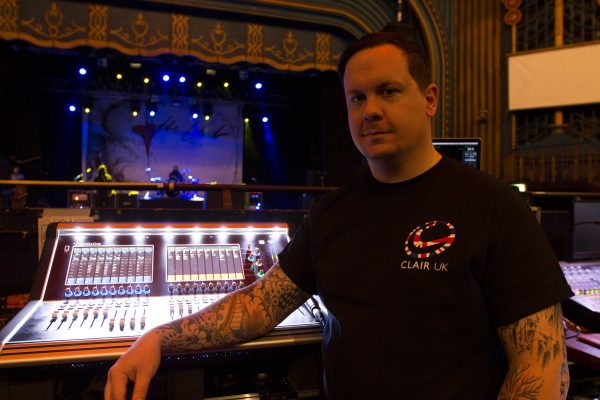 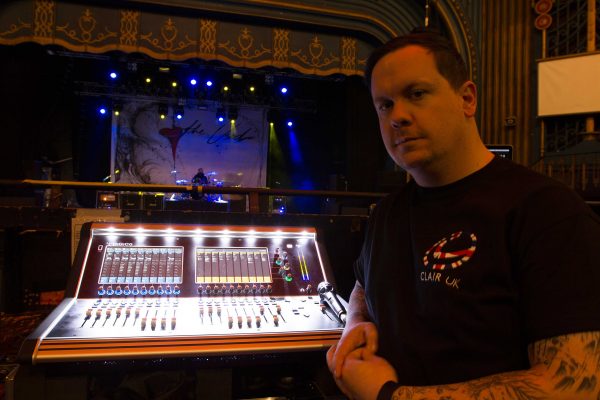