It is 35 years since Dreamgirls first hit Broadway. It was a sensational success then and the latest production at London’s Savoy Theatre is equally so. Sound designer, Richard Brooker, wanted an analogue sound to the audio, in keeping with the show’s 1960s/70s setting, but also wanted to benefit from today’s digital technology.

It is 35 years since Dreamgirls first hit Broadway. It was a sensational success then and the latest production at London’s Savoy Theatre is equally so. Sound designer, Richard Brooker, wanted an analogue sound to the audio, in keeping with the show’s 1960s/70s setting, but also wanted to benefit from today’s digital technology. He specified a DiGiCo SD7T to handle Front of House mix duties, supplied as part of a complete audio package for the production by Autograph Sound, which has the warmth of sound he was looking for with all the advantages of the digital domain and the theatre-specific functions of DiGiCo’s ‘T’ software.

“No other manufacturer has put the time and effort into understanding the strange idiosyncrasies of the theatre world,” says Richard. “The SD7T has functions that are imperative when you’re working on musicals and that’s because the guys at DiGiCo talk to us, the people that use them, and make them work the way we need them to.”

Dreamgirls is the story of The Dreams, three talented young singers who embark upon a musical rollercoaster. They experience the realities, both good and bad, of show business, which tests their friendship to the very limits.

“The show is set at the end of the 60s, just running into the 70s and the disco era,” says Richard. “Stylistically, music changed quite a lot during that period, as did technology in the recording industry. Because of that, I didn’t want to do anything fancy with plugins or the like; I wanted an analogue show that wasn’t actually analogue. I use the SD7T’s onboard dynamics because I love them but, other than that, there’s very little in terms of gimmicks going on.”

Along with the SD7T, operated by the expert hands of Digby Shaw, Richard also took advantage of an EX007 expander during the production period, allowing him to make any changes he wanted to without interfering with the main console. For monitoring, Richard chose a DiGiCo SD8, which is secreted in the bowels of the theatre and is unmanned, having been set up to do the job on its own and feed the Roland M-48 personal monitoring system used by the band.

“We’re using around 100 channels,” says Digby. “We have 12 Groups, and 38 Auxes, which seems quite a lot, but foldback zones, effects and program sends soon add up… We are using five external and four internal effects in total and Richard is also using Bricasti reverbs, which are pretty standard for him now and are amazing.”

Foldback is set up in zones, with each Zone having its own Aux send to determine what goes to where. This increases the Aux count, but it allows the flexibility to change the mixes if needed, depending on what is in an area at any particular time.

“In reality, what happens is there is a band to stage Aux that returns on a fader, and vocals to stage Aux,
which also return on a fader,” says Richard. “From those channels, we can dial out to all the other zones, rather than dialling every instrument in individually. The relative levels of those faders then change during the show. For example, during the big dance numbers the foldback will lift so that the cast can dance and then it will come back down for a ballad, so they don’t have to fight it.”

The band for the show is hidden away in a specially constructed studio environment in the pit, designed by Richard to allow, in particular, control of the brass section.

“You can’t achieve that in an open pit as you need an element of compression to hold everything together,” he says. “So I have a kit Group and a kit compressed Group and I always use parallel compression. It’s not revolutionary, but it works.”

Three separately timed vocal groups allow actors to move up and down stage and there is also a hand-held Group.  I always used to insert time alignment on individuals and change it as they moved around, but now I just have three groups with three different times – up-stage, mid-stage and down-stage – because the handheld group is matrixed differently and EQ’d differently. There’s also a stereo vocal Group, which has any click track vocals that come in, to give a little bit of vocal support in big dance numbers. Then there’s a band group, which is guitars, bass, keyboards etc.”

Richard likes the SD7’s compression which, he says, does exactly what he needs it to do and is fairly transparent.

“The gates are good as well, although I don’t use them that much, just a tiny little bit on the toms,” he adds. “Having this many Groups allows us to matrix everything out, which is the main reason for doing it, but also means we can compress the groups as well.”

“Aliases are also really useful,” says Digby. “They are like advanced pre-sets.  The standard use for describing an Alias is a way to control settings such as EQ, filters and maybe compression on an actor wearing a hat. A hat obviously has a huge effect on a microphone in the hairline and needs specific settings.

“On Dreamgirls, more often it’s the fact that there are ensemble members who have different minor characters throughout the show. It makes a huge difference to be able to assign different Aliases for these characters and to keep the settings unique. But what makes an Alias even more useful is the fact they ripple through any live changes that are made.

“For instance, if a character arrives on stage in cue 20 and changes are made to the EQ, etc., via an Alias, when that character returns in Cue 40 the Alias has the updated live changes, making the whole process much easier to control.

“Then there’s the Players function, which is also incredibly useful. Just taking the example above, if one of the ensemble has four minor characters plus his own role that’s five Aliases.  But their role is also covered by three understudies, who all need different settings.

“Players enables you to recall the individual settings for any of them according to who is playing the role on that day. It’s an essential and vital tool for keeping on top of the different settings for each actor.”

Richard and Digby have a long history of working together and Richard has given him complete autonomy when it comes to programming, which demonstrates the level of trust between the pair.

“I like the fact that I have input into the programming,” Digby smiles. “It also means that if something happens mid tech I know I can program it to achieve what’s wanted and I don’t have to bother Richard with it.”

“I definitely wouldn’t do a theatre show if I didn’t have a DiGiCo,” says Digby. “I believe in it that much. It always takes me doing a tech to remind me that this is true; everything is so fast during a tech and ‘no-one waits for sound’.

“We always create a character tracking sheet so we know who is on stage and when, or who’s singing BVs on or offstage for instance. But during a tech that can change all the time and at the last minute.  All I have to do is couple of taps for a current cue, or even a cue in the future, and it’s job done, it’s all been updated.  Most importantly, there’s no need to stop. Without the workflow on the DiGiCo, that just wouldn’t happen.”

“And the customer support is just amazing,” says Richard. “But it’s not just the support, it’s the fact that DiGiCo is so customer facing and we know them personally.”

“We needed to program another show really quickly the other day and I rang up Tim [Shaxson, DiGiCo Technical Sales Manager] and asked if we could come and use their demo room,” Digby concludes. “He said, “Come down, it would be great to see you!” They’re so accommodating. I will always use DiGiCo; in my opinion there is nothing else that does what it does or sounds as good.”

"I definitely wouldn’t do a theatre show if I didn’t have a DiGiCo, I believe in it that much. It always takes me doing a tech to remind me that this is true; everything is so fast during a tech and ‘no-one waits for sound." 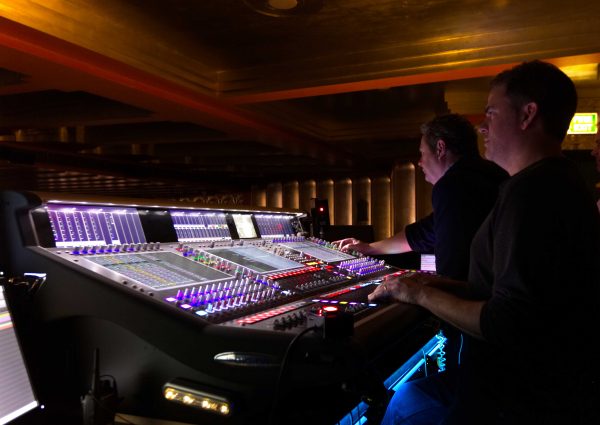 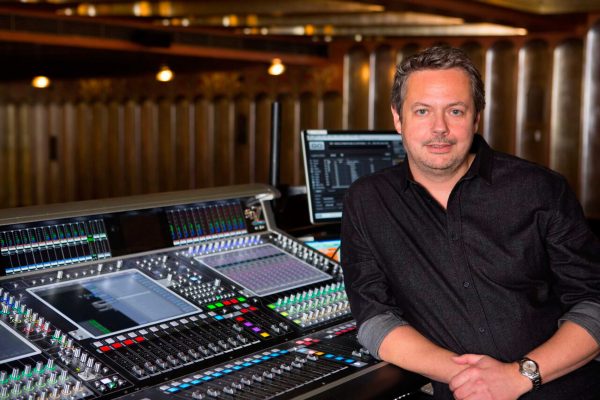 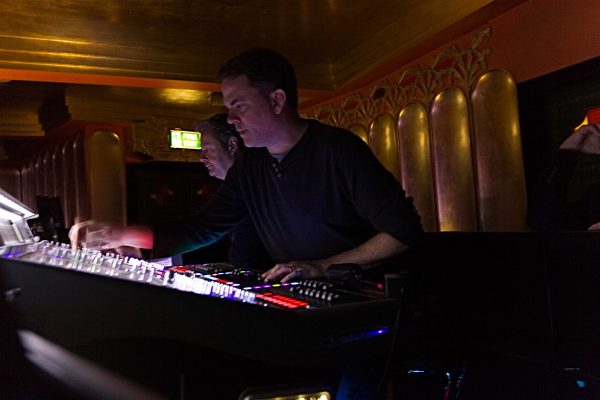