Remote audio production provider INDRE MOBILE installed a DiGiCo SD9 console a week before going onsite at Citi Field in Queens NY for a three-day music festival that was also live-streamed over the Tidal streaming service, and it never missed a beat

Remote audio production provider INDRE MOBILE installed a DiGiCo SD9 console a week before going onsite at Citi Field in Queens NY for a three-day music festival that was also live-streamed over the Tidal streaming service, and it never missed a beat

FLUSHING, New York – September 2017 — Like New York City itself, the Meadows Music and Arts Festival, held from September 15 to 17 at Citi Field in Queens’ Flushing neighborhood, brought together musical stripes of all kinds, from the Red Hot Chili Peppers and Weezer to Bassnectar and Jay-Z, whose high-resolution music-streaming service, Tidal, also live-streamed the performances from the festival’s four stages. Getting all that music from the stages onto the internet was a squad of four remote-production trucks, mixing the music for online live delivery.

One of them, in particular, had a new DiGiCo console onboard, and listeners to the streams from that stage got to hear artists including Marian Hill, Milky Chance, De La Soul, Antibalas, Arkells, Ghostface Killa and Lido through the utterly transparent SD9 desk. Getting that console to the festival, however, was its own interesting story.

Beginning with a recording studio in Philadelphia in 1996, Owner and Chief Engineer Michael Comstock a decade later turned his INDRE STUDIOS from a brick-and-mortar music production studio into a mobile facility, one that’s since been used to capture everything from the Made in America and WXPN’s Exponential Festival concerts to the Athena Film Festival. As INDRE’s website puts it, “From rock concerts in the Arctic circle to corporate meetings in Singapore.”

But INDRE’s need for a console refresh happened to coincide with the looming deadline for the Meadows Music and Arts Festival. “I’d used an SD console before, but as a front-of-house mixing console, not in a broadcast application,” he explains. “I knew I wanted to go with a DiGiCo, but I was still very new to its broadcast workflow.”

Comstock spent about a week familiarizing himself on an SD9 at Philadelphia DiGiCo vendor Bauder Audio, then installed it in the INDRE MOBILE truck just in time to arrive onsite at Citi Field to connect to the American Eagle Outfitters Stage at the Meadows Music and Arts Festival. “The festival was going be our shake-down cruise,” he says. But during a week when hurricanes were making headlines in the news, INDRE MOBILE was experiencing smooth sailing with the DiGiCo SD9 at the festival.

“Any issue that came up—and they were all minor things—was a result of my own and Assistant Engineer/A2 Mike Richelle’s newness to the SD9 work surface,” he says. “And most of those were resolved with a quick phone call, text or email to DiGiCo’s support, which was amazing. They were there for us 24/7 throughout the festival, even on a Sunday.”

Together, they mixed 40 bands over 72 hours, during which the SD9 performed flawlessly. Comstock says the console’s MADI integration was a huge factor, with that format used between stages and trucks and then between trucks and satellite uplink, using a DiGiCo Little Red Box as the MADI interface. “That box gave us another 64 I/O, which doubled the channel count,” he says. That, in turn, made it easier for he and the two video trucks to exchange feeds and crowd-ambience microphones, further enhancing the audio for the live-streamed event.

Comstock also cites the ease of use of the SD9, particularly its touchscreen control surface. On his previous console, navigation was clumsy and he often had to rely on an integrated Pro Tools recording system for processing like EQ and dynamics; using the SD9, the Pro Tools system was there do what it does best—record—while he was able to tune the entire show using the SD9’s onboard processing.

And then there was the sound. “It is an amazing-sounding console,” he says. “Transparent, and it gets there without any real effort.” And to reinforce the decision to work on a major music festival with the SD9 just days after it was acquired, Comstock says he just had to look around: While INDRE Remote had the only DiGiCo desk onsite for broadcast, the FOH and monitor positions for all of the stages and many of the artists were a steady stream of DiGiCo consoles. “SD10s, SD8s, SD11s—they were all there and all over,” he says. “What the live sound professionals have already discovered, the broadcast audio world is now finding out.”

For more details on this year’s Meadows Music and Arts Festival, visit www.themeadowsnyc.com. INDRE MOBILE can likewise be found online at www.indre.com.

It is an amazing-sounding console, transparent, and it gets there without any real effort 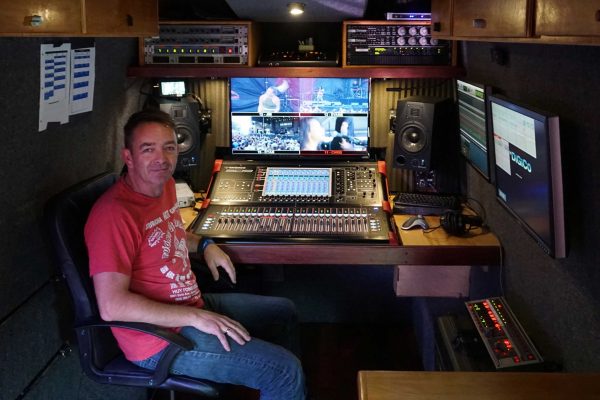 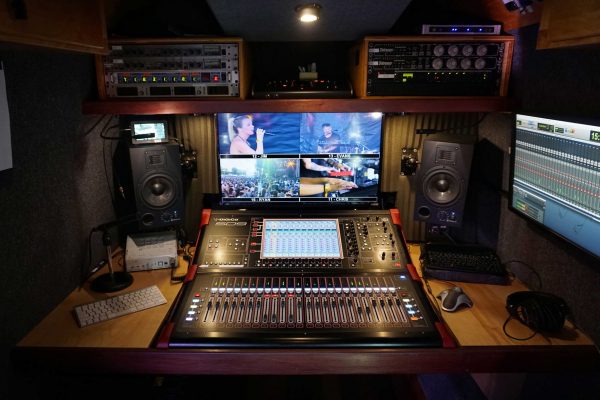