When John Turner, Front of House engineer for Celtic rock band Runrig, was asked what console he would like to use on the band’s recent sold out UK and European tour, his answer was instantaneous. A DiGiCo SD7.

When John Turner, Front of House engineer for Celtic rock band Runrig, was asked what console he would like to use on the band’s recent sold out UK and European tour, his answer was instantaneous. A DiGiCo SD7.

Tour sound requirements were supplied by Denmark’s Nordic Rentals, the company having worked with Runrig for a number of years.

“Nordic stocks DiGiCo and Martin Kolbro was using an SD10 at monitors,” says John. “I knew they had an SD7 in their inventory, I hadn’t used one before and I thought, why not? But then I had a look at the desk and got a little nervous – it can just do so much! – so I called my old friend Bob Doyle [one of DiGiCo’s original founders] and he put me on to head office in Chessington. I spoke with Dave Bigg there and organised a day’s training with him.  By the time I left, I was rearing to go!”

While he was with Dave, John took the opportunity to organise the SD7 exactly how he wanted it. “That was such a useful exercise,” he smiles. “It meant that after half an hour at production rehearsals, it was like I’d been using the desk all my life.”

“I started using DiGiCo when the original D5 came out,” adds Martin. “I used that and then a D1, which was great because the band didn’t really do production rehearsals. I like the workflow on the SD10 and DiGiCo does things the best way for a complex monitor set up. I have a total of 70 channels. I have 56 inputs and I do a lot of splits for wedges and in ears, giving me around 24 outputs mixes. I like the way I can build the desk as I want it, and it’s the best desk for monitors layout-wise. When John started working with us, he was up for using DiGiCo and I’m very happy with the way the set up has worked for us.”

Including ambient returns to the monitor desk, John’s SD7 was running 72 channels. “The quality of the audio is just unbelievable,” he says. “I was asked if I wanted to run Waves, but there’s so much already inside the desk, I really didn’t think I needed to do that. Runrig is a rock band, so how much do you need in the way of effects? A couple or reverbs on instruments and vocals, tap delay and a bit of vocal thickening that I wanted on a few songs is plenty, and I can do that with the SD7’s onboard effects. It’s been brilliant. In fact, from the moment I got in touch with Bob, the service from DiGiCo, and particularly the help I got from Dave Bigg, has been second to none. But that is exactly what you’d expect.

“I’ve engineered bands for 40 years,” says John, “but I hadn’t toured with my own desk for years. This was the first time I had used an SD7 and it proves you really can teach an old dog, new tricks! The amount of things you can do with it is unbelievable. It’s just got everything in it! Now, I want my own.

“This has been a super tour. When I joined, I was asked to make things more rock n’ roll. With the help of the SD7, I’ve done that and the band has loved the sound.

Runrig will be going out on the festival circuit this summer and touring again in October and November. DiGiCo’s SD7 and SD10 have already been specc’d.

All images courtesy of andrew.king@nbox.com.

This has been a super tour. When I joined, I was asked to make things more rock n roll. With the help of the SD7, I have done that and the band has loved the sound. 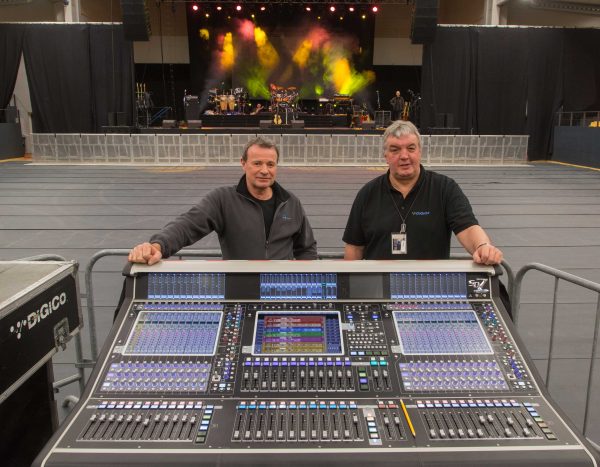 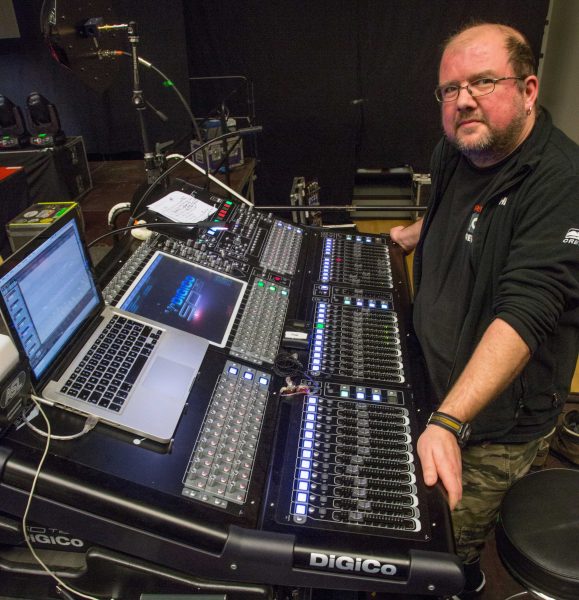