This card allows S-Series Consoles to connect to the A168 STAGE Stage Rack. Each Ethercon port supports up to 32 I/O, for a total channel count of 64 I/O. 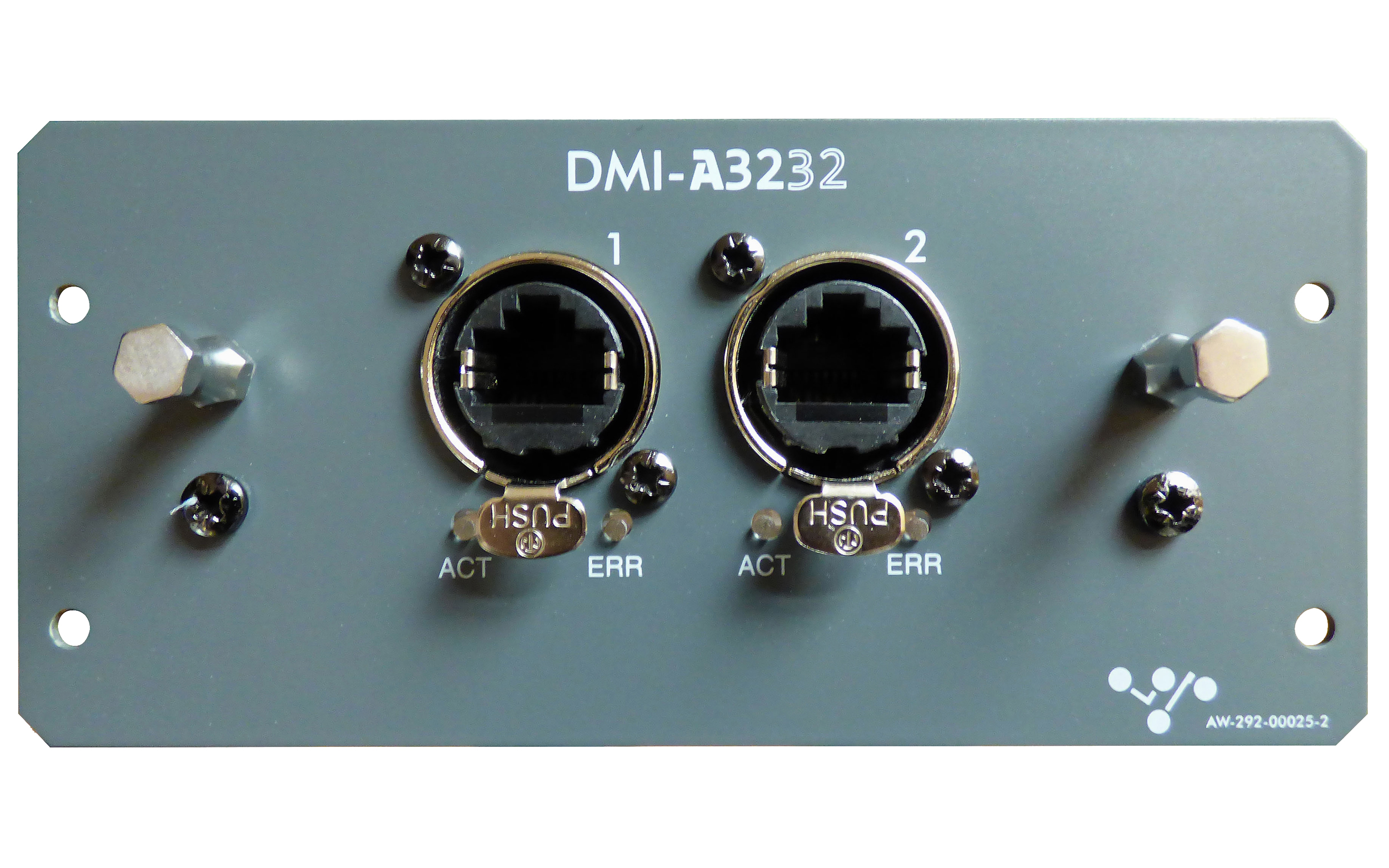 With the introduction of the DiGiCo 4REA4 came the new DiGiCo A3232 protocol, allowing connection to the portable A168 STAGE for an extra 16 mic pre-amps and 8 outputs per box. The DMI-A3232 allows the addition of up to 4 A168 STAGE boxes to an S-Series console. Each Ethercon port on the card supports up to 32 inputs and 32 outputs, for a total channel count of 64 I/O. The card can be run in cascade mode, meaning 2 A168 STAGE boxes can be connected to each port on the card for a total of 64 inputs and 32 outputs. Redundant mode allows one A168 STAGE to be connected to both ports, providing redundant cabling. The card allows control over phantom power, gain (from +5dB to +60dB) and a 20dB pad for all inputs on all A168 STAGE boxes connected. It also works at both 48kHz and 96kHz.