This card offers both the SD-Range and the S-Series consoles up to 64 channels of automatic microphone mixing which can be used in any console input channel. 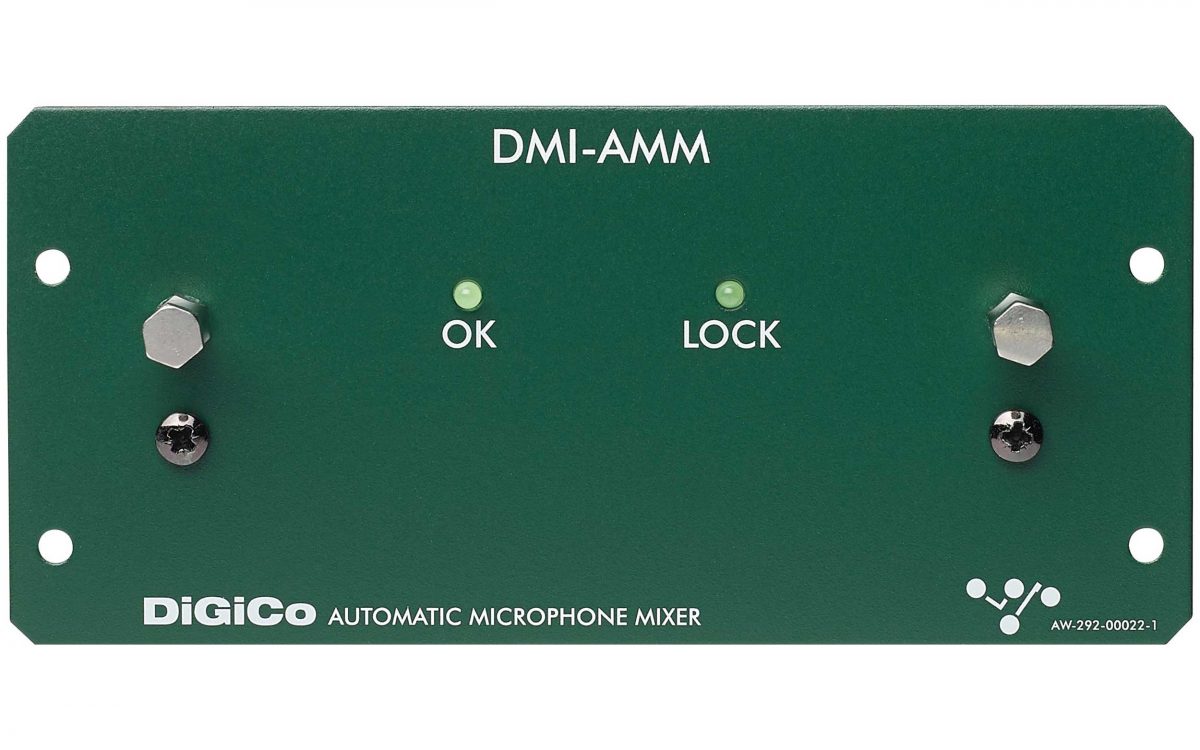 When dealing with live sound scenarios that involve several live microphones with unpredictable dialogue, mixing them can be a challenge for an engineer. DiGiCo are proud to offer the DMI-AMM (Automatic Mic Mixing) as a versatile solution for these issues.

The DMI-AMM system works by instantly fading up a microphone’s gain when one person begins to speak and reducing the gain of the other microphones. When the speaker pauses, all microphone levels return to medium gain, collectively matching the level of one microphone with the full gain share. The resulting effect is as if all speakers are sharing one microphone. When several people talk at once, the gain is shared between the speakers. Each channel is given a Share Meter, which is shown in percentage, not dB. This makes it easy to see what channels are taking the majority of the gain.

The DMI-AMM also allows adjustment of the relative sensitivity (or weighting) of the AMM on a per channel basis. This means that should one of the speakers be quieter than the others, they still have the ability to “take over” the system. Furthermore, the card features a vital noise floor control that imposes a lower limit on the level detector of all mics in the AMM to prevent a noisy mic from catching a disproportionate share of the gain.