Mike Oldfield’s magnum opus, Tubular Bells, was performed live at the Southbank Centre’s Royal Festival Hall in London this summer, in a series of performances forming a prelude to the celebration of the iconic album’s 50th anniversary in 2023. Tubular Bells – Live In Concert, with musical direction from Oldfield’s long-time collaborator Robin A. Smith, featured a nine-piece live band, with actor Samuel West replacing the late Vivian Stanshall as master of ceremonies. The music was brought to life on stage through a visual interpretation by the Circa Contemporary Circus, led by Artistic Director Yaron Lifschitz, with ten acrobats presenting Oldfield’s work in its physical form, their movement woven together to reflect the music.

DiGiCo SD7 front-of-house and monitor consoles, plus an additional array of equipment, were provided by RNSS Ltd, the production company based at London’s Southbank Centre, who manage sound for large UK events including Meltdown Festival and Royal Opera House productions. “Tubular Bells is an iconic piece of music, and the original recordings are held in such high esteem for many people, that when you come to design or create a production of it, you really have a choice between faithfully recreating the original, or to use modern techniques to get the best out of the music itself,” says FOH mixer and sound designer Colin Pink. Recorded in 1973 by Oldfield, Tubular Bells not only launched the nascent Virgin record label, but also pioneered the idea of solo music production by overdubbing, with Oldfield playing all the parts on the mostly instrumental album. Tubular Bells entered the Top 10 and stayed in the album charts for five years straight, and went on to sell over 20m albums.

With nine musicians re-creating the studio album (recorded with 20 instruments) to a click-track, synchronised to acrobats, the DiGiCo SD7 fader banks had over 130 input channels including – naturally – a massive array of percussion instruments. “Robin A Smith gave me free reign on the audio design, so I tried to think how Mike would have approached it if he had written it today, using the best equipment available and the ability to refine his sound while keeping its raw energy,” explains Pink. “With the various styles involved in the music I extensively needed the Snapshot feature to keep up with the ‘housekeeping’ to allow me time to concentrate on the mixing itself. The beautiful thing about the SD7 is it’s so fast and flexible, it allows you to work very quickly and therefore gives me more time to refine my mix.”

With so many instrument changes, all the band were provided with stereo IEM mixes from the monitor DiGiCo SD7, except for pianist Dominic Ferris, who preferred to hear his piano acoustically so sported one mono, hard-wired earpiece plus a Genelec speaker to augment his sound. A pair of mono wedge-monitor feeds were specially mixed, one to give guitarist Jay Stapley a bit of sustain and one for bass player Lisa Featherston, who sang Moonlight Shadow and needed her vocal through speakers.

“Because the music of Tubular Bells is incredibly dynamic, I was worried about the click track disappearing in musician’s mixes during the loud sections, and then being too loud in the quiet sections,” reveals monitor mixer Seamus Fenton. Without the additional natural cross-feed of a human head, a stereo IEM mix is heard ‘between the ears’ instead of around them, contributing to hearing fatigue, so Fenton decided to use a KLANG:fabrik Dante-enabled digital processor to add 3D HRTF processing, binaurally panning them across each stereo mix.

“I was not able to accommodate the entire channel list on the KLANG:fabrik, so I opted to put all of the playback tracks through it. This ended up being a great thing, as I was able to locate these tracks ‘behind’ the live instruments, which created much more space in the IEM mixes for the musicians,” explains Fenton. “The click-track was placed in the centre and ‘above’ – which meant the click stood out on its own without being too loud”. Fenton’s foresight was rewarded with very few click-related monitor calls, which are a common bugbear for shows depending heavily on playback audio.

With such a well-known piece, there was much at stake for sound technicians; as the Daily Mail reviewer put it: ‘The fans greet it like an old friend from university, which is what, for many, it was’.

Fenton found the SD7’s three screens kept his snapshots and chosen channels in a prime position. “One of the things I love about the SD7 is you can tailor the workflow to make it very fast to use,” he concludes. “This was especially useful for speedy communications with the individual members of the band which was essential for efficient rehearsals. The whole production was a very happy ship and was great fun!”

One of the things I love about the SD7 is you can tailor the workflow to make it very fast to use, which was especially useful for speedy communications with the individual members of the band which was essential for efficient rehearsals. 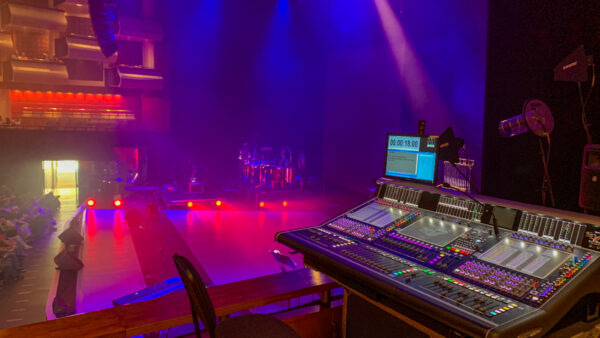 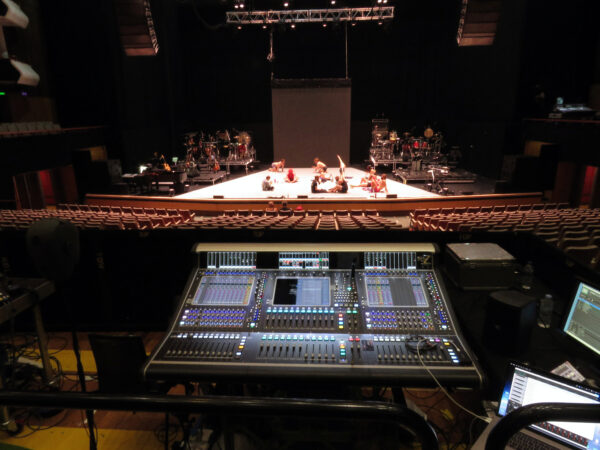 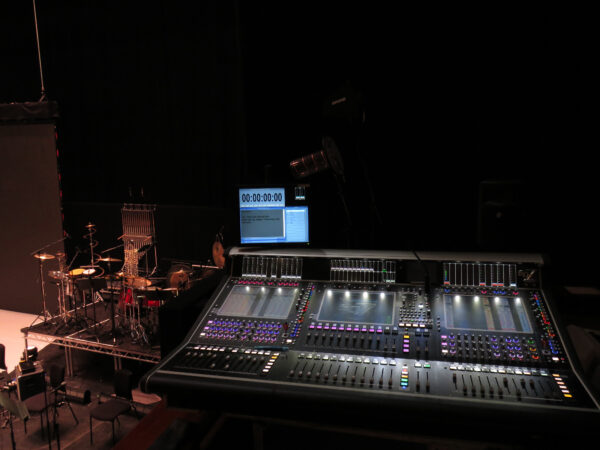 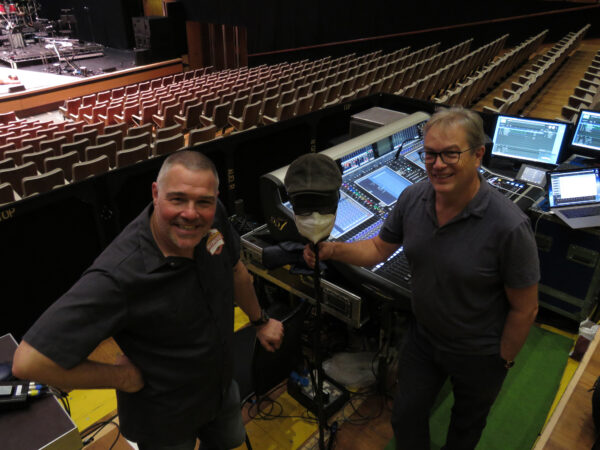