Karrie Keyes, Pearl Jam’s monitor engineer, and Becky Pell, monitor engineer for Westlife, are part of SoundGirls.org, Both should be out on the road now, putting their DiGiCo consoles through their paces. Whilst their touring life is on hold, their work with SoundGirls.org continues, giving insight and support to up and coming female audio engineers.

SoundGirls.org was co-founded by Keyes and fellow audio engineer Michelle Sabolchick Pettinato around seven years ago. It supports women working in professional audio and music production by highlighting their success and providing a place for them to connect, network, and share advice and experiences.

“Our goal was mainly to find other women in audio. We had been working in audio for 20-plus years and we were tired of people going, ‘I’ve never seen another woman do this’,”, says Keyes. “So we built a website and found other women, because we knew they existed! We offer support and guidance for people starting out and have amazing women blogging for us. We do workshops and meetups and it just keeps growing. Now we’re trying to figure out what we can do for our community in this time of need.”

Keyes and Pell met online through SoundGirls.org and although the pair have never met in person, they have developed a strong bond.

“We keep trying to meet, but our tour schedules never seem to line up,” Keyes laughs. “Becky is amazing. She used to blog for SoundGirls.org and she’s a huge supporter. We’ve bonded and just stay in touch online.”

“I didn’t realise there were many other women doing this,” adds Pell. “It’s fantastic to have this place where we can come together and support each other. It was hugely inspiring to me, and a bit of a fangirl moment. Pearl Jam is one of my favourite bands, so to discover that the monitor engineer was a woman was really exciting!”

Keyes has been with Pearl Jam for 30 years. Her big piece of advice to any engineer is be nice to your support bands. “Pearl Jam was my support band when I was out on tour with the Red Hot Chili Peppers,” she recalls. “I was asked if I would mix Pearl Jam for a half hour slot by the road manager. I said yes and we’ve been together since then. You never know what’s going to happen. So be nice to those departments.”

Pell notes that any monitor engineer will tell you the job is 50% technology 50% psychology. When she started working with Westlife, technology was starting to come into its own, but was not as refined as it is today. “In their earlier days, the screaming level coming out from the audience was just nuts, like any boy band – very young girls with high pitched voices. Technology has improved and progressed since then, and the band have honed their craft. I can make them much more comfortable on stage now; they can hear themselves and actually enjoy the performance thanks to the improvements in technology.”

But as important as the technology is trust. “It’s everything,” Pell adds. “The band need to feel heard. They need to feel that you’ve got their back because they’re totally reliant on you. You need to be on your A game for them. We all have different ways of doing things and different modes of mixing. With Westlife, the guys just liked the sounds that I made, and we seem to click. So much of it is down to relationships and not assuming that you know what they want. It takes time to build up that kind of relationship.”

Both Pearl Jam and Westlife use a mixture of wedges on stage and in-ear monitoring, which makes for a more complicated set up. Both rely on DiGiCo consoles to give them the capacity and flexibility they need, with Keye’s using an SD5 and Pell and SD10, SD5 or SD7, depending on availability in different territories.

“The SD5 has been amazing,” says Keyes. “I love the sound and the power it has, and I can set it up however I need it to be. I’ve set mine up pretty much to run as an analogue console. My main job is to be paying attention to the band, so I have I pretty much have everything I need on the surface.”

“I like to keep things fairly simple, so I only use additional processing if it’s really necessary,” adds Pell. “I’m a big fan of getting the gain and EQ right, so I tend to use parametric EQs on the vocals and across all the output mixes. I like the multiband compression and the dynamic EQ that the DiGiCos have on board these days. The multiband compression is very sensitive and just lets me smooth out any slightly barking frequencies or anything when they’re really belting.

“The SD7 has been my usual package, But I agree with Karrie about the fact we’re supposed to be looking at the guys, not at the desk. I love the way you can lay things out however you want and use them – and the fantastic processing power. I find DiGiCo’s very intuitive to use and you can tailor them to your workflow and the way your mind sees things. That means you can look at that stage, rather than the console.”

This is particularly handy, as both engineers have developed their own short hands with their bands.

“Last time we were doing a run of baseball stadiums, Eddie invited some baseball players to the show,” smiles Keyes. “He introduced me to a pitcher, or a catcher, and he was explaining to them that just like they have hand signals, that me and him have signals too!”

“More often than not it can just be a glance and you’ll lock in with what it is that they want,” says Pell. “Some of [Westlife] like to be a bit cheeky with me and give me the ‘oh my God, I can’t hear anything!’ look, and then go ‘haha, I’m just joking’.”

The overarching piece of advice both engineers have for when the industry opens up again is to have a good attitude.

“Attitude is everything in this industry,” says Keyes. “If you go to work, you have a good, gung-ho attitude and work as a team: you’re going to get it done and you volunteer when you’re done doing whatever you need to be doing. If you’re generally in a good mood, people are going to want to be around you and continue to work with you.”

“It doesn’t matter what age you are and how long you’ve been in the business – if you’re a pain in the butt to work with, people aren’t going to want you on the crew,” concludes Pell. “This is particularly important when you’re starting out and you haven’t really got a lot of experience behind you. Your attitude really is the one thing that you’ve got control over and that’s going to make you stand out. So be helpful, be proactive, be the person that asks if they can lend a hand when you’ve done your own thing. Normally I’d be saying, ‘go and get your hands dirty and be very proactive in messing with equipment when you get the opportunity,’ but right now, that’s not possible!”

The pandemic continues to have a massive impact on the industry as a whole, and both Keyes and Pell are feeling the effects. Keyes spent the first month absorbing the situation and letting it sink in. Now, she’s looking at the logistics of putting on large-scale events: “I think if the industry were allowed to put on something big like Coachella or a stadium tour, or any sort of a tour for that matter, if we didn’t do it in a carefully, well thought out way, with all the safety measures in place and there happens to be an outbreak, we’d be shut down for even longer. When you start thinking about it, you end up going down a rabbit hole. How do you put 12 people on a tour bus and make sure that they don’t get sick? Then there’s getting on an aeroplane, there’s the hotel – it’s not just getting into work and how to protect yourself and do a show, there’s all these other things that add up. I would imagine we’ll probably start at a smaller level for a while.”

“I think it’s going to take time,” adds Pell. “I think the longer it goes on, the more joy there is going to be when we do get all the people back in those spaces together and have that shared energy of live music. As much as people are streaming things from their own homes, you can’t fake live performance and that energy between the band and the audience. It’s something I’m really looking forward to. I think it’s going to be quite an emotional experience for all of us when we finally get back into that space.”

“The SD5 has been amazing,” says Keyes. “I love the sound and the power it has, and I can set it up however I need it to be. I've set mine up pretty much to run as an analogue console. My main job is to be paying attention to the band, so I have I pretty much have everything I need on the surface.” 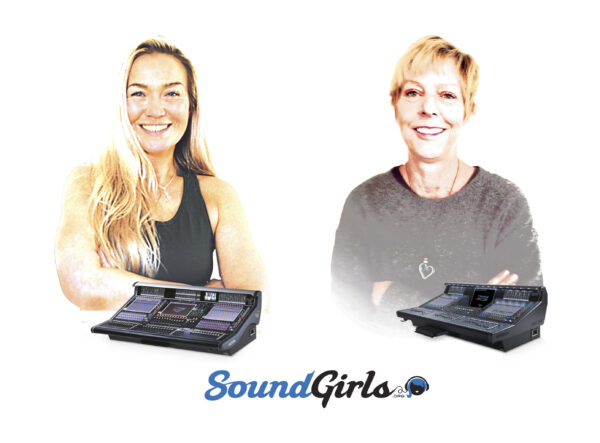 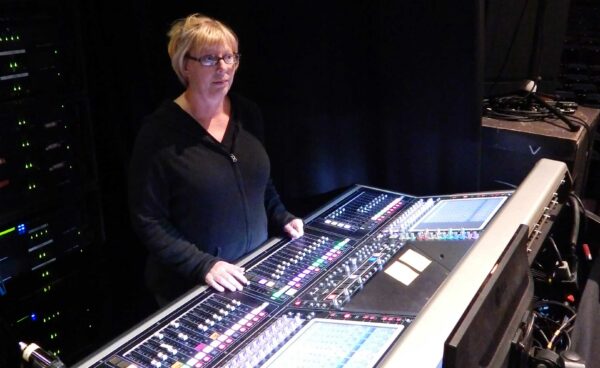 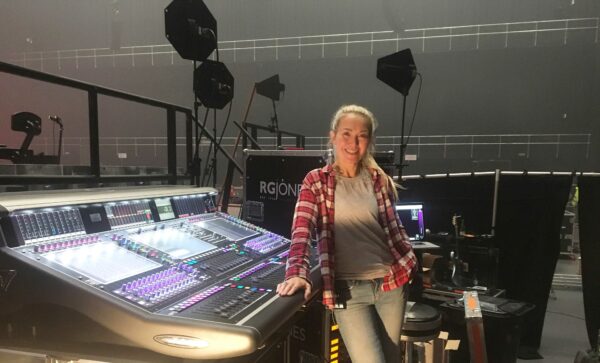