ESCONDIDO, California - September 2018 - From the very first product that bore the DiGiCo moniker, there is one thing that no one has argued about, no matter their console loyalties: the team in the UK pack a tremendous amount of power into a relatively small amount of space.

ESCONDIDO, California – September 2018 – From the very first product that bore the DiGiCo moniker, there is one thing that no one has argued about, no matter their console loyalties: the team in the UK pack a tremendous amount of power into a relatively small amount of space. And space was a consideration as alt-rock pioneers Stone Temple Pilots (STP), Bush and The Cult teamed up for their summer-long, triple-headline Revolution 3 Tour across North America.

Speaking from the bus on a day off, Monitor Engineer and Crew Chief Sean Herman, FOH Engineer James “Hootsie” Huth and System Engineer Chris Demonbreun held forth on the joys of the road and why they chose the DiGiCo SD12s that are at FOH and monitor world for the STP portions of each show.

“When we started this tour, everything had to fit into a trailer,” says Hootsie. “We started before this three-band run doing large clubs and small theaters. This being Stone Temple Pilots, it’s a rock band, we need maybe 24 inputs max. The traveling plans meant we had to go with the smallest frame size possible and it looked like the SD12 had all the inputs and horsepower we would need. So we decided it was time to see what they could do, and they’ve been fantastic. With the same audio quality as the bigger SD consoles and all the inputs we would need for gigs of many sizes and types, we just couldn’t pass up the chance to take out the SD12.”

Demonbreun concurs: “It’s just so simple. By the time I get the PA up in the air [the tour is out with an L-Acoustics K1/K2 package provided by Sound Image] and make my way to front of house, it’s usually already set up and ready to go.”

“One of the reasons we went with this package was because we could loop everything together via the DiGiCo 192k SD-Rack through the Optocore loop and share mic preamps and use the gain tracking feature which we’ve really enjoyed,” Hootsie continued. “The system is simple and the footprint is great for those times—we did a fair number of festivals—where there are seven other consoles at front of house and you need to shoehorn your way in there.”

The “who’s in charge” designation when it comes to gain tracking goes to Herman who says he had never used the feature before this tour. “It should probably be harder. But it’s just so simple that’s it’s just a part of the normal workflow now. If I need to goose a mic pre to get what I need on what can be a loud stage, I make the change and Hootsie’s console just takes care of it on his end. He never even knows I made a change.”

“Our guys [STP] have been together a long time and they are really stable sonically,” Hootsie explains. They’re also a really dynamic band so I’ve always had to leave plenty of headroom on each input. So, for me, preamp levels have stayed the same for years. But I’m doing a cumulative mix of all the channels into a left/right mix, and what Sean is doing on monitors is a very different deal. So when he first set things up, the gain settings of many of the inputs were hotter than I would have liked. But I just engaged the gain tracking and brought everything down 6-8 dB and it’s stayed the same ever since.”

Keeping signals in the digital domain was another big draw, says Demonbreun: “Everything you hear is coming to me from Hootsie’s console over AES at 96K and feeding the LA-RAKs for the K1/K2 system. Everything is digital from the time it leaves the mic pre until the time it hits the speakers.” AES distribution is handled by a Reidel RockNet system.

While both Hootsie and Herman use some Waves plug-ins, the bulk of the processing is handled on the console. “I’m not really big on outboard stuff,” says Hootsie. “I use some compression plug-ins occasionally, but in the heat of the moment, if I need to tweak something, I’m going to do it with what’s native on the console.”

With Revolution 3 being a three-band tour, a variety of desks are being used, so what sets the SD12s apart? “It really just keeps coming back to the size thing,” says Herman. “At least at monitor world, the SD12 is the smallest console out there. And I never have to feel like I’m missing anything or there is something I wish the console could do. When it comes to power versus size, the SD12 punches way above its weight.”

When it comes to power versus size, the SD12 punches way above its weight. 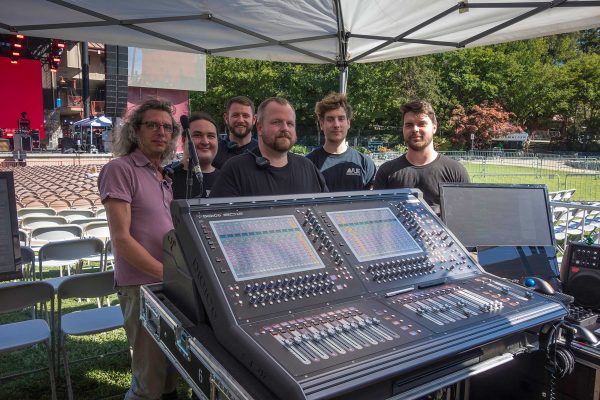 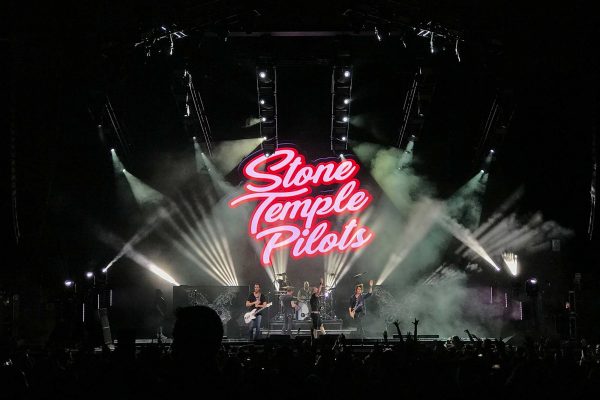 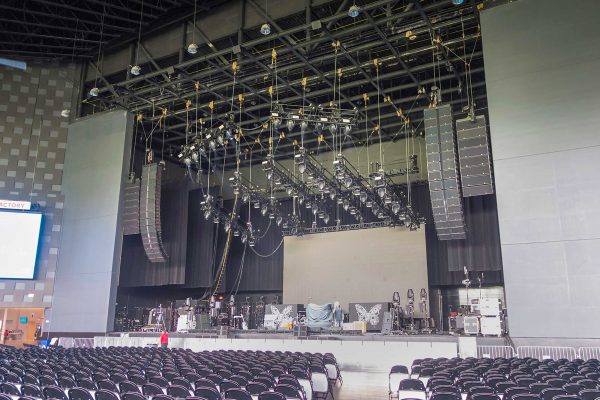