LOS ANGELES - March 2017 - Winter is coming for thousands of fans across North America as HBO and Live Nation take composer Ramin Djawadi’s music from Game of Thrones on a 24-city arena tour through the beginning of April.

LOS ANGELES – March 2017 – Winter is coming for thousands of fans across North America as HBO and Live Nation take composer Ramin Djawadi’s music from Game of Thrones on a 24-city arena tour through the beginning of April. The Game of Thrones Live Concert Experience featuring Ramin Djawadi is an epic in-the-round presentation that brings Westeros to life through lighting, video and sound production, including three DiGiCo digital audio mixing consoles, provided by VER.

The statistics associated with the production are on a scale that rivals the sweeping landscapes of the Seven Kingdoms. A set featuring two connected circular main stages—dubbed King’s Landing and Winterfell—with five satellite stages is illuminated by 250-plus pieces of lighting equipment with sound reinforcement provided by over 130 loudspeakers. More than 800 linear feet of video wall, moving multi-tiered screens suspended above the two main stages plus four IMAG screens are used to create scenic backdrops and display footage from the first six seasons of the popular HBO series. Everything is transported in 15 semi-trucks, which, along with eight buses for the musicians and crew, will have traveled nearly 12,000 miles by the end of the six-week tour.

There is a DiGiCo SD7 at FOH, manned by engineer Greg Collins, with a second SD7 for monitor engineer Adam Stuart. There is also a DiGiCo SD11, says Beau Alexander, VER sales/accounts. “The thought behind the SD11 is to be able to do what we need to do with the PA and tune the rig before the front-of-house console is tied in, because originally front of house was going to be isolated in a separate room.”

The DiGiCo desks were chosen for several reasons, continues Alexander. “Number one, it’s an engineer preference. Number two, the production is at 156 inputs.” The production features a 65-piece orchestra and choir comprised of touring and local pick-up musicians, plus eight traveling instrumental and vocal soloists, conducted by Djawadi. The show features nearly a dozen unique instruments designed specifically for the show, including the 12-foot Wilding horn.

Alexander continues, “Plus, being able to link the SD Racks together via the Optocore network makes life a lot easier. Then, being able to dedicate which output cards the engineers can see, based on location, whether it’s front of house or monitors, also makes life easier.”

The tour is carrying five DiGiCo SD-Racks, split between inputs and outputs at FOH and monitor world and also supporting Pro Tools HD playback. “The whole show is run off timecode,” says Alexander. “All the counts and everything that the conductor sees is all mapped to timecode and everything is clocked from Pro Tools. Since Pro Tools is running at 48 kHz, the whole system, including the desks, is also at 48k.”

The Game of Thrones Live Concert Experience features some of the most memorable character themes and songs from the show’s six-year run to-date. Alexander comments, “It really is all about the music. They use the video to tie in whatever song they’re playing, using clips from that moment of the show, to put you into that place in the show.” According to the production statistics, by the end of the tour the performers will have played the Game of Thrones main title 850 times.

The Game of Thrones Live Concert Experience is currently scheduled to wrap up in Portland, Oregon on April 2, and HBO recently announced that the show’s seventh season would premier on July 16.

For more details on the tour and its stops, visit www.gameofthronesconcert.com. VER Tour Sound can be found online at www.ver.com.

The DiGiCo desks were chosen for several reasons. Number one, it is an engineer preference. Number two, the production is at 156 inputs. 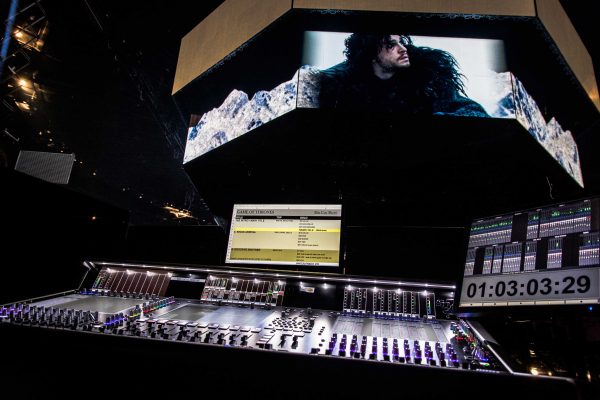 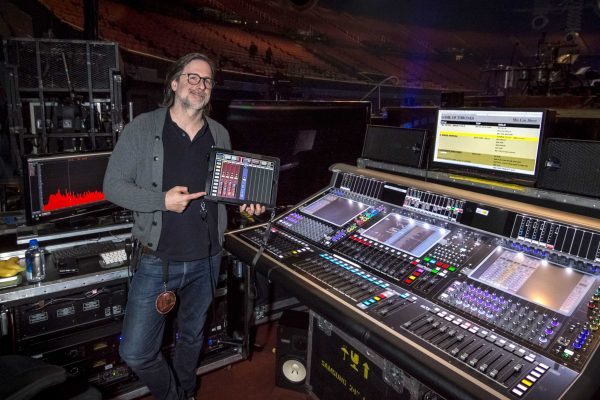 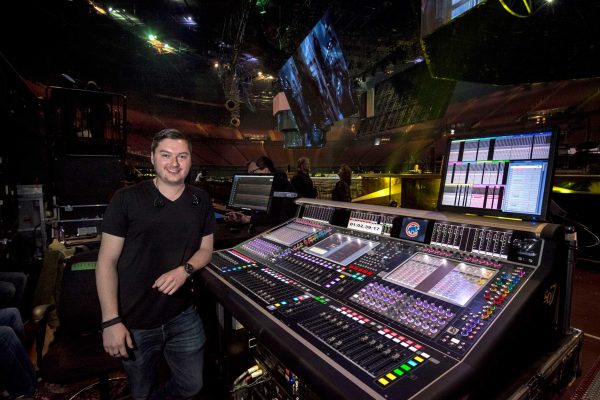