A Decade of DiGiCo for Sound Stylists

Ten years ago, Kevin Glover, owner of Johannesburg-based rental company Sound Stylists, visited Prolight + Sound in Frankfurt. Almost immediately after, he made his first DiGiCo purchase - a D5 Live. Since then, Glover has enjoyed an ongoing journey with DiGiCo, which is now represented in South Africa by DWR Distribution. This is his story…

Ten years ago, Kevin Glover, owner of Johannesburg-based rental company Sound Stylists, visited Prolight + Sound in Frankfurt. Almost immediately after, he made his first DiGiCo purchase – a D5 Live. Since then, Glover has enjoyed an ongoing journey with DiGiCo, which is now represented in South Africa by DWR Distribution. This is his story…

Glover first started looking for a new control desk in 2006. “I was introduced to the guys from DiGiCo at Frankfurt,” he says. “We already had digital mixing consoles, but were looking for something bigger, as many shows we were doing were over the 100-channel mark.”

After looking at a number of different products, Glover decided that DiGiCo made the most sense. “I had talked to colleagues in the industry from around the world, and I could also tell what the larger tours were using by reading reports in the industry magazines,” he recalls. “DiGiCo definitely seemed to be the flavor of the month and when they explained the operating system to me, I could see that it was far more advanced than what other companies had to offer, so we went with the D5.”

Glover then quickly added another D5 and three DiGiRacks to his inventory. “We also invested in a number of the card options such as Aviom for their personal monitoring system, Ethersound to allow us to digitally connect to our Nexo system, and a number of AES/EBU input and output cards. We also purchased the Optocore fiber system, which really allowed the desks to come into a league of their own.

Since then, Glover has continued to invest in DiGiCo. “In our game you never know what you will be doing tomorrow,” he smiles. “When we bought them, the D5s were good for what we were doing, but there was also a need to do smaller shows. When the SD range came in it was newer technology, the desks could do that much more and sonically they were better, so we invested in SD8s and they’ve worked very hard. More recently I have bought an SD10.”

Because the SD range uses the same operating platform throughout, it has made things a lot easier for Glover and his team.

“If you know how to work on a little SD9, you can work on an SD7,” he says. “And because everything is on the same platform, you don’t have to purchase new stage boxes for each console in the range. The stage boxes for the D5s could also be used for the SD8s. And the S21 is a game changer: DiGiCo is following advancements in technology and the ability to move stuff around on screens and use multiple point touch technology means you can pinch and grab and do all sorts of things which you couldn’t before.”

Sound Stylist’s SD10s are in continual demand, with the crew finding any excuse to use them on an event.

“Since we acquired the SD10 it has been involved with Mariah Carey (a standby desk until their touring DiGiCos arrived), it has also been out on two or three shows including monitor duty for Chris Brown. The desks are working hard,” says Glover. “We recently did a Mother’s Day event at the Johannesburg zoo. It’s a gig that I like doing and one that we’ve done for years. This year I was going to mix it on the D5, but then we decided to put the SD10 at FOH and an S21 on monitors.”

This would have been Glover’s first experience of mixing on an SD10, but he had to hand it over to Richard Mitchell, a resident engineer for one of the performing artists, who arrived on site unannounced.

“My session with getting acquainted with the SD10 didn’t happen. I actually ended up showing Richard how to work the desk and he mixed the whole day!” he laughs. “Without ever having mixed on the desk, I was able to instruct people on how to use it. It really illustrates how user-friendly DiGiCo desks are and how consistent they are right through the range.”

These days, Sound Stylists’ D5s are not working as hard as they used to.

“With the advent of the SD range they have been somewhat side-lined, but there’s no point in us selling them; they’re great back-up when we have a run on desks and they’re are in brilliant condition, which is a real testament to DiGiCo’s build quality.”

Glover’s plans for the future echo the last ten years. “We’ve got a good stock of SD consoles and we’ll add to them as necessary,” he says. “I’ve already spoken to Duncan Riley at DWR about bringing in another rack, as we have work that is going to require it. Also, with the imminent Stealth Core 2 upgrades, our SD8s will have double the amount of channels that they have at the moment, which will also require additional racks.”

Glover has noticed a perceptible increase in DiGiCo sales in the region following the change in distributorship to DWR.

“This is great news for everyone as the more desks there are in circulation, the more engineers will know the product and spec it,” he says. “The wonderful thing about these desks is that they are simple enough to get a gig up and running quickly, but when you start digging into what’s inside them, they offer huge amounts of features.”

Sound is what got Glover to where he is today and he still loves it.

“If I had the opportunity to find people to run the business for me I would still be on the road,” he says. “That’s what got us into this, that’s what we’re passionate about. What is nice is when you occasionally get to work on the type of show you really want to be involved with. When you do those shows, you stay current with what’s out there. And working with guys like Kyle Robson at DWR and the guys at DiGiCo makes things that much better. They’ve always looked after us. They are just great guys.”

The S21 is a game changer DiGiCo is following advancements in technology and the ability to move stuff around on screens and use multiple point touch technology means you can pinch and grab and do all sorts of things which you couldn’t before. 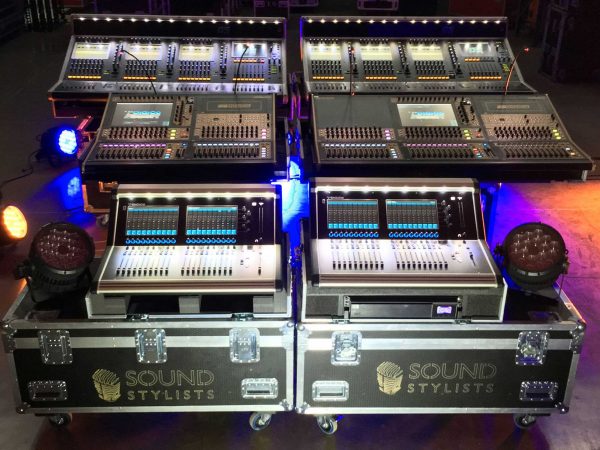 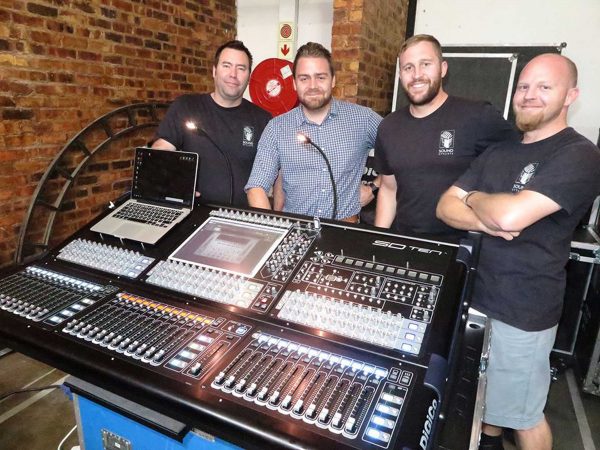