Hugely popular in their native Denmark and with success in recent years in Europe, four-piece pop-soul band Lukas Graham has enjoyed a recent rise to global success, with their single 7 Years hailed by Billboard magazine as one of 2016’s biggest global hits. Their current world tour is proving equally successful, as is the extremely compact DiGiCo S21 mixing console they carry in their travel kit.

Hugely popular in their native Denmark and with success in recent years in Europe, four-piece pop-soul band Lukas Graham has enjoyed a recent rise to global success, with their single 7 Years hailed by Billboard magazine as one of 2016’s biggest global hits. Their current world tour is proving equally successful, as is the extremely compact DiGiCo S21 mixing console they carry in their travel kit.

The two S21s, one of which is owned by the band, the other by monitor engineer Rasmus Hansen, are being used at both Front of House and monitors on all the gigs the tour flies to. For the arena section of the tour, where they don’t need to pack a console into a suitcase sized flight case, they are using an SD8-24 at FOH and an SD10 at monitors, provided by Victory Tour Productions.

“The band really likes the sound to be consistent and because all DiGiCo consoles, from the top of the range to the bottom, have the same great sound quality Rasmus got the idea to go with a setup using the S21 when we are flying from one gig to another,” says then band’s Front of House engineer and production manager, Frank Grønbæk. “Both Rasmus and I have been working on DiGiCo consoles since the SD8 came onto the market in 2008 and given the specs for this tour – audio, technical and dimensions – we found that the S21 was the console that best met our needs: a minimum of 40 channels, 16 stereo busses, eight Matrix inputs and outputs, eight Groups, Dynamic EQ, maximum weight, including the flight case, of 32Kg and a maximum size that could meet the standards of a large suitcase.”

The console setup is tailored for the four-piece band plus a three-piece horn section and Frank and Rasmus have made it possible to have what is a rather complicated communication setup running between the musicians, monitors, FOH sound and FOH lighting.

“We even have timecode from our backing track running to the lighting desk at FOH,” smiles Frank. “We also have the ability to provide a recording truck with an analogue split or a MADI feed from our system.”

“The smaller the better!” says Frank, “But not without the super nice features these consoles have. Ideally I would have liked to have the SD10-24 at FOH, but only because the rental consoles are usually a bit newer and it has the LCD display for assignable buttons, which is so nice.

“The interface on the DiGiCo SD7/8/10 are my preference. It’s so intuitive – and easy to work with – and these days workflow is what matters to me. Nearly all of the top end console brands have very good sounding consoles, so workflow becomes the parameter that makes the difference to me. Everything is possible on DiGiCo consoles – you can customize them precisely for the artist and show.

“The SD10 was chosen for the monitor position for more or less the same reasons, the SD8 being too small to accommodate the inputs and output Rasmus needed for the arena shows we did this summer with the equipment from Victory.”

The S21 flying setup runs at 48kHz and has 32 inputs from stage, plus a lot of communication and ambient/audience mics. At monitors, there are eight digital stereo outputs for IEMs and an analogue out for a Buttkicker for the drummer.

“At FOH there are also two MADI cards,” says Frank. “One to connect to the MADI router that takes the input from stage; the other for a standalone MADI/DiGiGrid system for Waves plugins and for recording.

“The arena setup has around 40 inputs and a way more complex structure. This is all set up with Optocore and is running at 96kHz. Both ends have onboard Waves systems with servers and monitors and has a UAD setup as well, and FOH has all kinds of outboard things going on: reverb, delays, channel strips, dynamics and so on.”

As well as the functionality and sound quality of the console, Frank and the team are pleased with the support they receive.

“The backup from Kim [Johansen at Soundware, DiGiCo’s Danish distributor] is always very good. Kim is contactable by phone and he’s very knowledgeable about the consoles, which is really good. It’s clear to me that he uses the consoles, too, and is not just a sales person! DiGiCo has been very helpful as well. All in all, we have been taken good care of.”

Everything is possible on DiGiCo consoles - you can customize them precisely for the artist and show. 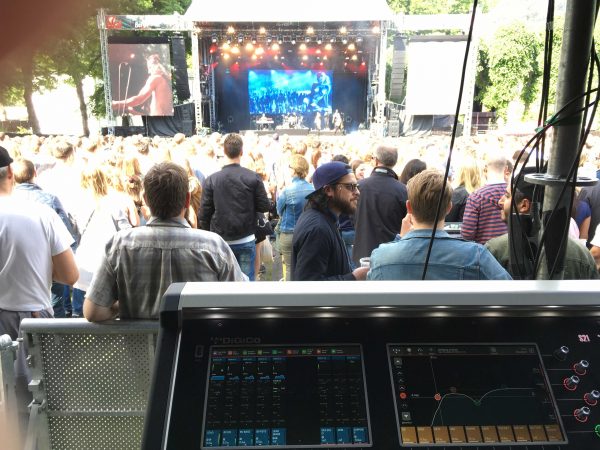 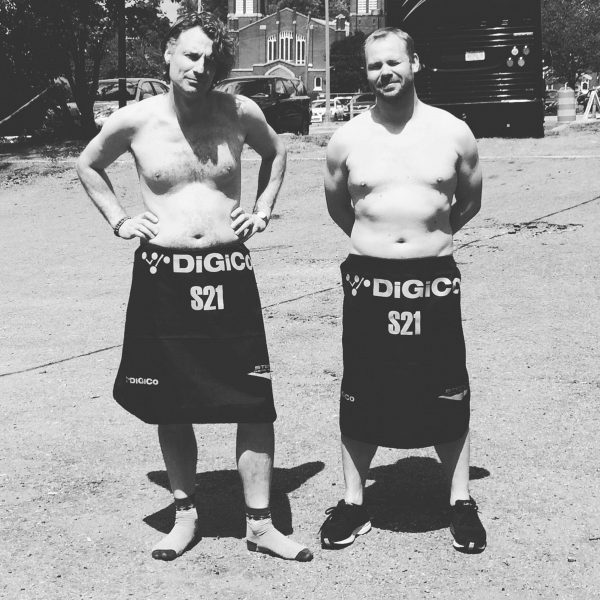 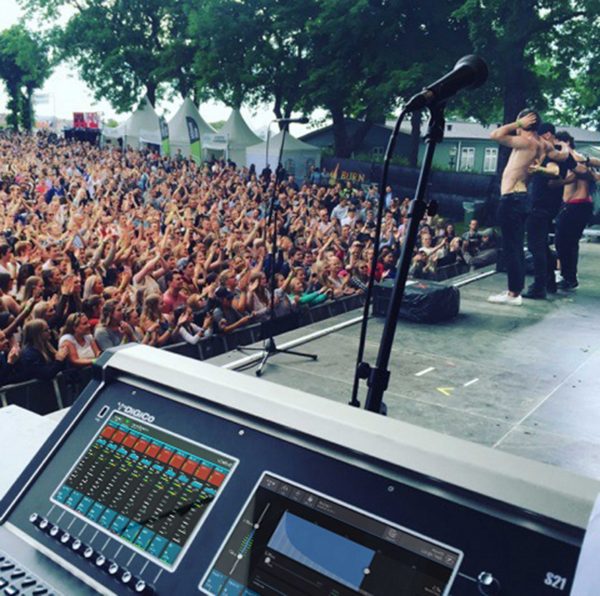