Anne-Marie Relies On DiGiCo All Around The Globe

Over the last three years, Anne-Marie's musical evolution has been nothing short of seismic: she's gone from playing to 300 people in a club, to 360,000 people over four days at Wembley Stadium alongside Ed Sheeran. Not bad. In that time, she's also guested on mega hit single, Rockabye, with GRAMMY-winning pop trio, Clean Bandit; and her debut studio record, Speak Your Mind, peaked at number three in the UK Albums Chart in 2018. Now, she's touring the album, and both FOH and monitor engineers are working on DiGiCo SD12s.

Over the last three years, Anne-Marie’s musical evolution has been nothing short of seismic: she’s gone from playing to 300 people in a club, to 360,000 people over four days at Wembley Stadium alongside Ed Sheeran. Not bad. In that time, she’s also guested on mega hit single, Rockabye, with GRAMMY-winning pop trio, Clean Bandit; and her debut studio record, Speak Your Mind, peaked at number three in the UK Albums Chart in 2018. Now, she’s touring the album, and both FOH and monitor engineers are working on DiGiCo SD12s.

Production values at an Anne-Marie show are clearly a far cry now to what they were just a couple of years ago. According to FOH engineer, Ben Dexter, it’s down to hard work, raw talent, and determination.

“I have been working with Anne-Marie since her first show back in 2015 in a 300-cap room; when you look at what she achieved this summer [with Ed Sheeran] at Wembley Stadium, you can see that production elements have been growing as her shows have been growing,” he says. “Its been a very natural and exciting progression to where we are now with all the elements in place; and it’s been great to be a part of it all from that first show, and see it evolve to where it is today.”

Dexter and monitor engineer, James Kerr, are both SD12 users – they made the switch because, Dexter says, ‘we outgrew our previous consoles’.

“In preparation for this years run of support shows, we needed to find a console that would accommodate our ever-increasing channel count – which is currently at 56 – while also having a fairly small footprint at FOH, where space is always limited, especially for a support band system,” Dexter explains. “I looked into a few different manufacturers and setups at the time, but kept coming back to DiGiCo, finally settling for two SD12s, sharing an SD Rack. The prevalence of DiGiCo around the globe – and especially in the pop world – was a big factor in my choice. I wanted to feel comfortable and familiar with the range, as I was seeing them nearly everywhere we went. The size, power, flexibility and, of course, the sound of the SD12 with the SD Rack has been great for me.”

Dexter says the con send/receive function has been especially useful on this tour:

“During the show, there is some VT audio from a media server located at FOH; instead of running in analogue lines, I just quickly and easily send to monitors using this function. Also, I have had some broadcast sound crews turn up last minute at FOH, and I have been able to offer them, in addition to a left and right from me, our ambient mics that hit the monitor SD12 on local inputs to save rack ports – again, this is via the con send/receive routing.”

Monitor engineer, James Kerr, started working with Anne-Marie in 2016, at Brighton’s Great Escape Festival. Although the shows have grown exponentially in size and stature, the production has stayed relatively simple from the outset, he reveals:

“It was just Ben [Dexter] and myself for the first year or so, looking after everything: from driving the van, to setting backline, and managing the road, before we even got down to doing the task of monitors and FOH! This does help solidify relationships within the touring party, though, and it’s vital for me personally as a monitor engineer.”

Although it’s all stepped up in the sense that there is now professional tour management, production management, lighting and video teams, Kerr says the stable still feels refreshingly tight-knit.

“Having worked with Anne-Marie for some time, I am able to get her mix dialled in quickly; she has a super-discerning ear, and you have to be on your toes if any queries arise,” Kerr says. “If there are any issues for whatever reason, she responds really well to honesty, and I always explain everything I am doing, and why I’m doing it – that helps get things back on track quickly.

For Kerr, the biggest advantage in opting for an SD12 over any other console is its workflow:

“I have been a fan of DiGiCo ever since attending some training back in 2012, and after a few one off shows with SD12s at the tail-end of last year, I found I was working very quickly with them; the dual screen and channel strip functions are invaluable for me. Currently I run my desk with all inputs on the left hand side of the surface; and auxes, matrices, and control groups on the right, with a show layer, which includes everything I need direct control of during the show.

“I never generally have to leave this layer at all. I utilise the Aux to Faders on-screen panel to free up faders, and the Macro buttons are a huge bonus for me; they’re well placed, and having the ability to label and colour code them means you are never guessing. Here, I have a fairly complex talkback section which enables me to talk to anyone on the show, individually or not – including FOH – with the same microphone, at the touch of a Macro.”

Kerr decided early on to utilise snapshots on this campaign:

“Using the power of snapshot scopes on the SD series allowed me to start slowly, by just recalling FX changes and mutes; the more confident I got with the show and desk, the more I began recalling more per song, which allowed me to focus on other parts of the mix: freeing my hands to ride vocal, ambient, and FX sends has enabled me to created a much more detailed mix. I use a bunch of the internal FX for reverbs and delays, and doubling for guitars and vocal thickening works a treat.”

In terms of standout moments on this tour, both engineers are in agreement that the monumental Ed Sheeran support shows have paved the way to what looks like being an epic 2019 for Anne-Marie.

“I mean, the whole year has been insane,” reflects Kerr. “But four sold-out nights at Wembley Stadium, and all of the Irish [Ed Sheeran] shows were just incredible. Also, this year has been our fist proper voyage into touring Asia, Australia, and the US – and all the fans are all there waiting for Anne-Marie. That is something I have upmost respect for.

"The size, power, flexibility and, of course, the sound of the SD12 with the SD Rack has been great for me.” 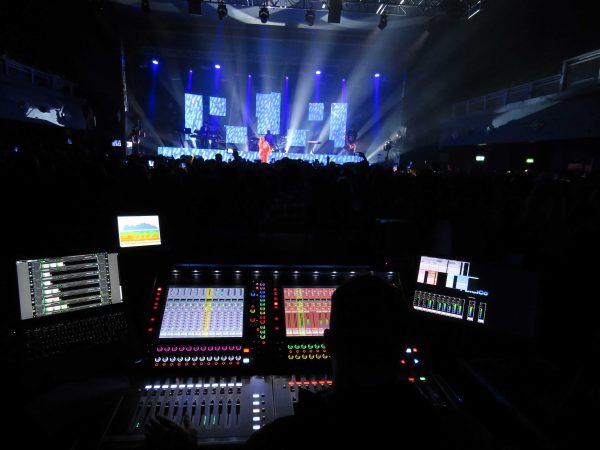 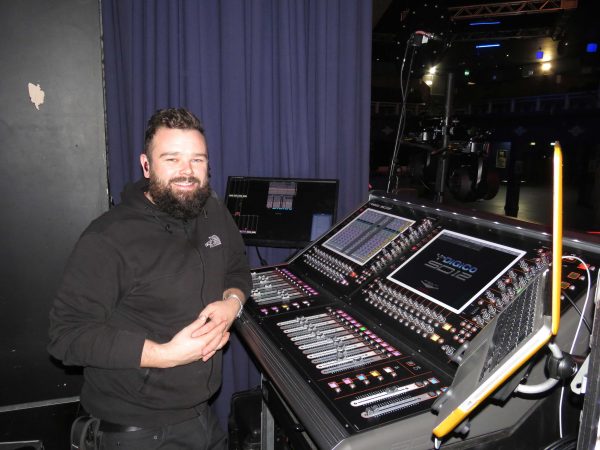 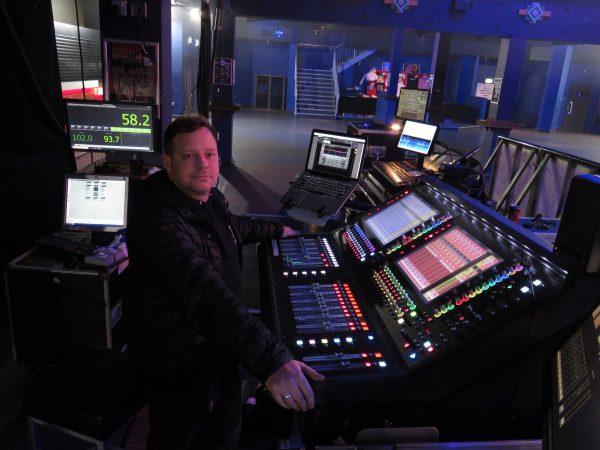