Bjork’s Cornucopia is a dystopian tale of environmental destruction - as Rolling Stone magazine says, ‘the 'production is gloriously angry the way Bjork can be at her best’. With a 52-piece choir, 13 strong band, a multitude of playback and an overall vision of a 360-degree experience, into which Bjork herself had major input – she is credited as associate sound designer – a mixing console with extraordinary capabilities was needed. DiGiCo’s SD7 Quantum 7 was the only desk capable of handling it.

The project, which started with the Utopia tour, evolved over a two-year period with Front of House engineer John Gale initially using a DiGiCo SD12, with much of the show pre-programed in DiGiCo’s demo room in advance.

“There was a lot of transitioning, with much of what Bjork had recorded in the studio carried over” he explains. “It was invaluable to be able to do that with the DiGiCo team at hand and I also know that if I’m ever scratching my head wondering how I do something, someone from DiGiCo is always available. Knowing that I don’t have to wait 24 hours to have someone come back to me gives me such a feeling of confidence.”

Discussions about Cornucopia and how this behemoth of a concert was going to be produced, began with audio supplier Southby Productions in December last year, when Bjork’s desire for immersive audio quickly became apparent.

“We knew Bjork wanted a 360 concept on her next project, so we set up a d&b Soundscape system in a venue in London for John to experiment with,” explains Southby’s Chris Jones. “Then, in the New Year, we sent a system to a lighthouse in Iceland for Bjork to work with. She had the multi tracks of her show lined up so she could create exactly what she wanted to fit in the arena or venue.”

Gale says that this is the most complex show he’s ever worked on, both in terms of programming and the challenge of moving from stereo into a 360 immersive format. He also notes that the show is “a little bit confusing at times, but on purpose, because that’s the way she wanted it to be”. For certain songs, there are noises and backing vocals coming from everywhere, and at times it can seem somewhat chaotic. But then, Bjork is continually pushing the envelope.

“When we realised everything was going into 360, we decided to change from the SD12 to an SD7,” Gale recalls. “We thought that would cover us, particularly as it was still very much top of the range. But as soon as we got into production rehearsals, the show started expanding. We had playback objects within the 360 stream, and I was using up MADI streams all over the place. I had two ProTools machines for a lot of FX and live OSC data running out of FOH, which also required their own MADI streams.”

Before he knew it, Gale had used every MADI port on the SD7.

“I was having to use an Orange Box to get into the d&b Soundscape system and I also had to use an Optocore unit to expand the I/O to get all the ProTools stuff working,” he says.

This was when the team decided a Quantum 7, with its doubling of local MADI ins and outs, would be the right solution.

“The channel count was also key because of the number of busses I’m using,” Gale adds. “There are 64 busses into the DS100 surround sound controller, over 120 inputs and a load of Auxes. There are 56 channels of playback plus the band and, as soon as we added surround sound, we had to have individual tracks available to put into an object for a moment. That meant that playback expanded massively in a very short period. And if that wasn’t enough, she then decided to throw in a 50-piece choir. If the show was to expand again – there was talk of a bigger choir and other things coming in – then the Quantum 7 was the only thing that made sense.

Gale was initially apprehensive about the change in console but found it a straightforward transition.

“I was worried about it because I didn’t get my hands on the Quantum 7 until we got into production sessions,” he explains. “But Digby Shaw, Technical Director,  and Jack Blenkinsopp my FOH tech from Southby Productions are brilliant and really meticulous. They took my file, loaded it on and when I walked up to the console for the first time, my file was exactly where we’d left off, but with so much more available for me to use; there was much more capacity and, if things expanded, I knew I had somewhere to go.

“But nothing changed in the workflow. DiGiCo has done a really good job; you just feel like you’re mixing on an SD7, but suddenly there are things available that you didn’t have before. Not only has the Q7 got extra MADI ports, the DMI options make a massive difference to us, too. We didn’t need the Orange box anymore; we could put a Dante card into the back of the console and to feed the Soundscape system. I’m loving it.”

As well as the SD7 Quantum 7, Southby’s DiGiCo inventory includes, SD12s, SD10s and SD Racks. An SD10 sits at Cornucopia’s monitor position and two SD-Racks with the 32 bit preamp cards are also deployed.

“We also multitrack every show directly from the Quantum 7,” adds Jones. “The whole system is completely stable, the reviews have been fantastic, and Bjork loves it, too.”

Having finished its South American leg, the tour continues in arenas across Europe in November.

"DiGiCo has done a really good job; you just feel like you’re mixing on an SD7, but suddenly there are things available that you didn’t have before. Not only has the Q7 got extra MADI ports, the DMI options make a massive difference to us, too. We didn’t need the Orange box anymore; we could put a Dante card into the back of the console and to feed the Soundscape system. I’m loving it." 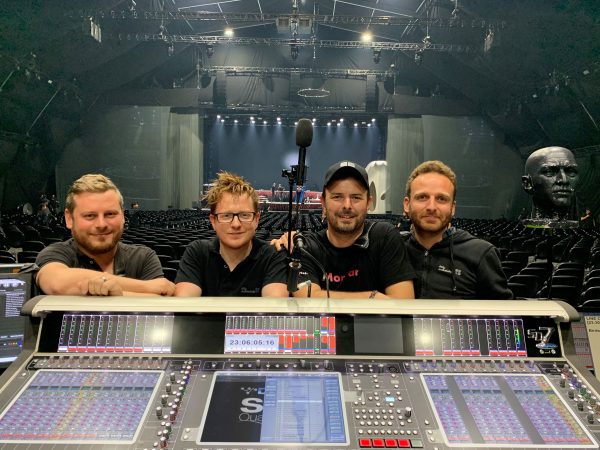 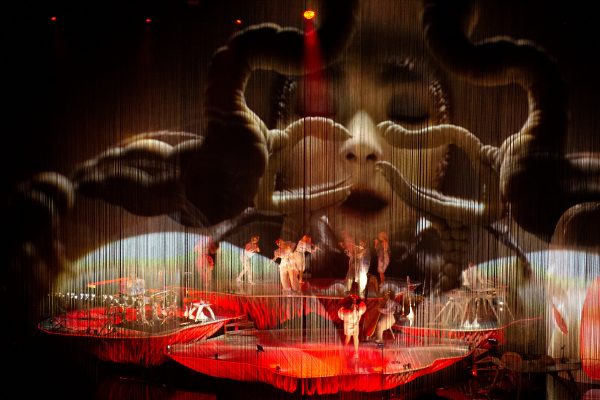 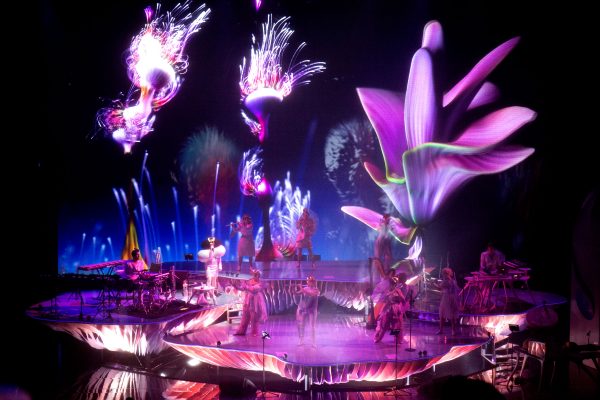