Front of House engineer Paul Cooper has been mixing Bastille since 2012 and chooses DiGiCo over any other console. It wasn’t always that way, but a constantly changing line up and an expanding channel count necessitated a change and an allegiance to DiGiCo that has become permanent. 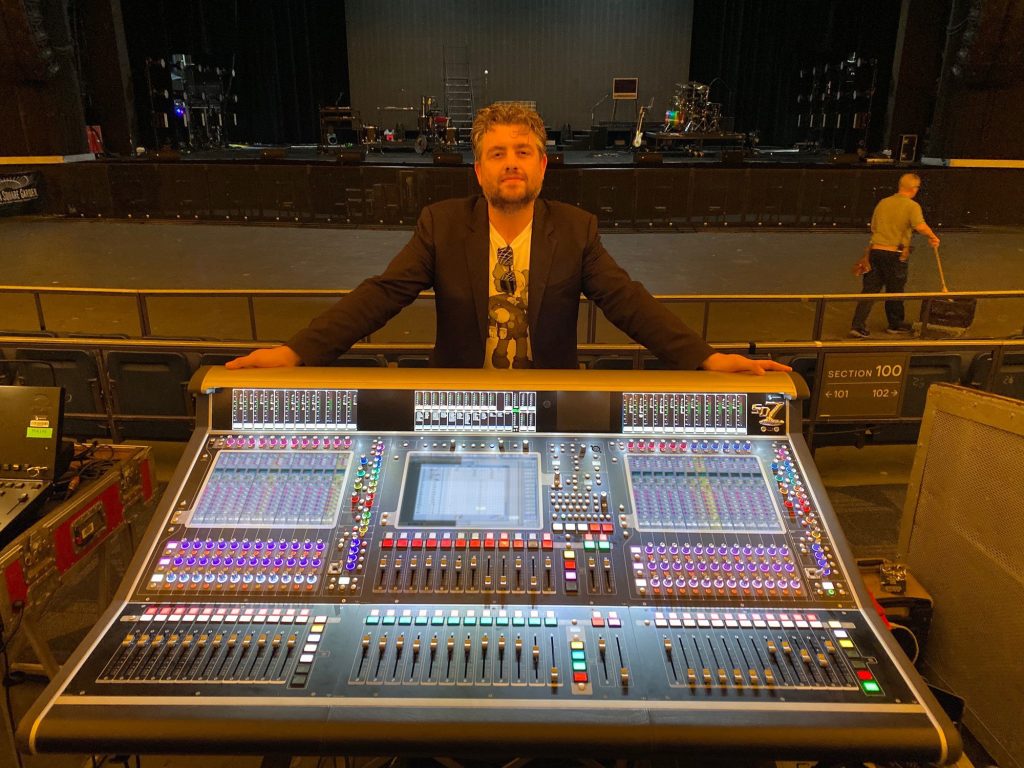 “I’d spent a few years touring with various acts and had pretty much stayed with one particular manufacturer,” Cooper recalls. “But then I started working with Bastille. The band had a constantly changing line-up and I’d find myself being told ‘today we have singing brass players and a string section, two guest vocalists and a percussionist’. This meant they quickly outgrew that console’s channel count, even when it was expanded to its max. I needed the flexibility to be able to add to my already complex show files without the desk itself giving me any limitations. It was time to look for a new solution.”

Cooper tried out a couple of consoles by other well-known brands, sticking with one until a big issue arose during a sell-out show at New York’s Radio City Music Hall.

“A lacklustre approach to support from the console manufacturer and starting a 72 channel show again from scratch with 12 minutes left of a changeover, had me thinking about changing again. After chatting to other engineers and friends at different companies, I decided a DiGiCo SD7 was what I needed. And I was right. It didn’t baulk at anything we threw at it and has such amazing routing options that it was very easy to switch over. Also, thanks to the SD-Racks, I found myself ditching the plugins I’d been using. I just didn’t need any fake analogue warmth and, without the blatant over-compensation and ‘saturation’ that some desk manufacturers build in, I quickly found that what goes in to the SD7, is what comes out.”

Since then, Cooper has stuck with DiGiCo for every act he works with. For promo rigs, he has opted for the smaller S31 and an iPad which he says, thanks to DiGiCo’s amazing support, was a breeze. For American singer/songwriter Børns, he switched to an SD12. “It was ideal for him and now, thanks to a recent software upgrade, could even be the desk I’m going to use for smaller region Bastille shows, which have fewer last-minute guests,” he says.

For Bastille’s 2018 and 2019’s festival seasons, Cooper opted for an SD10. “It is often been case that we arrive at a festival after the first acts are on stage. I need to have high channel count, but we also need to be quick and the SD10’s smaller footprint means it offers a touch more portability – breaking the backs of fewer crew is always a nice thing. For our upcoming US run in the autumn, I’m back to the SD7.
“We use a lot of digital instruments and with this we have a lot of chances of things going awry. With DiGiCo’s macros, I can have a spare line already programmed to line up with spares and if something should happen, I just need to click a button and the audience doesn’t notice a thing. It’s also useful for reducing repetitive things that have to be done during a show (changing of FX sends, compression ratios, etc.,) down to a single button press, without ruining the flow of the mix.”

Cooper also notes that DiGiCo’s MADI options are a wonderful tool and has purchased a pair of DiGiGrid MGB interfaces (there is both an A and B rig for Bastille) which allows him to virtual sound check with ease.
“They’re a real gig-saver for shows with little or no setup time,” he explains. “With our ‘re-orchestrated’ shows at the start of 2018 we were running at 48k and I was able to record up to 128 channels from the SD10. This is the one time I’ve definitely appreciated the VGA out for an overview screen.”

Cooper says that he has needed to make use of DiGiCo support on occasion and from various different territories and has nothing but praise for the company’s 24-hour service.

“When I’ve had something urgent, I’ve either been helped there and then or been called back in a couple of minutes. For none urgent things, some of DiGiCo’s top people are on various social media channels and chat boards and are always happy to help. There are a lot of manufacturers that send you to the same support line that deals with their non pro audio items, so you might not get to the right person until the next day. That’s not ideal if the issue arises during a changeover or the afternoon of a show, but DiGiCo has never failed to be there for me and that’s invaluable.”

After chatting to other engineers and friends at different companies, I decided a DiGiCo SD7 was what I needed. And I was right. It didn’t baulk at anything we threw at it and has such amazing routing options that it was very easy to switch over. Also, thanks to the SD-Racks, I found myself ditching the plugins I’d been using. I just didn’t need any fake analogue warmth and, without the blatant over-compensation and ‘saturation’ that some desk manufacturers build in, I quickly found that what goes in to the SD7, is what comes out. 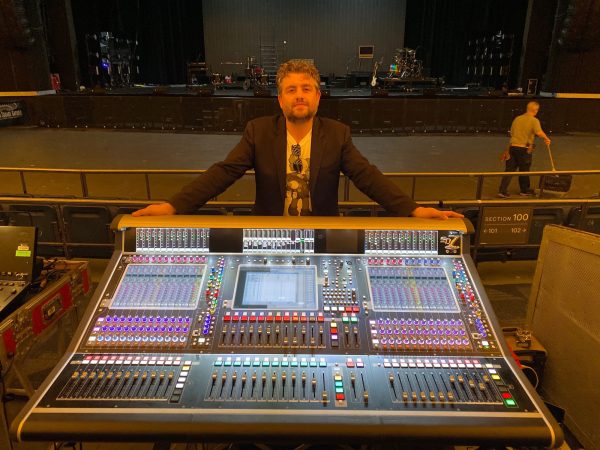