CALGARY, ALBERTA: Over time, the Jack Singer Concert Hall (JSCH) has undergone many upgrades to ensure it remains a state-of-the-art performance venue, including a complete overhaul and replacement of its seating and house lighting in 2017. Most recently, that process required a comprehensive retooling of their audio infrastructure that included an upgrade to the hall’s existing DiGiCo console and the purchase of a new DiGiCo Quantum 338 desk. 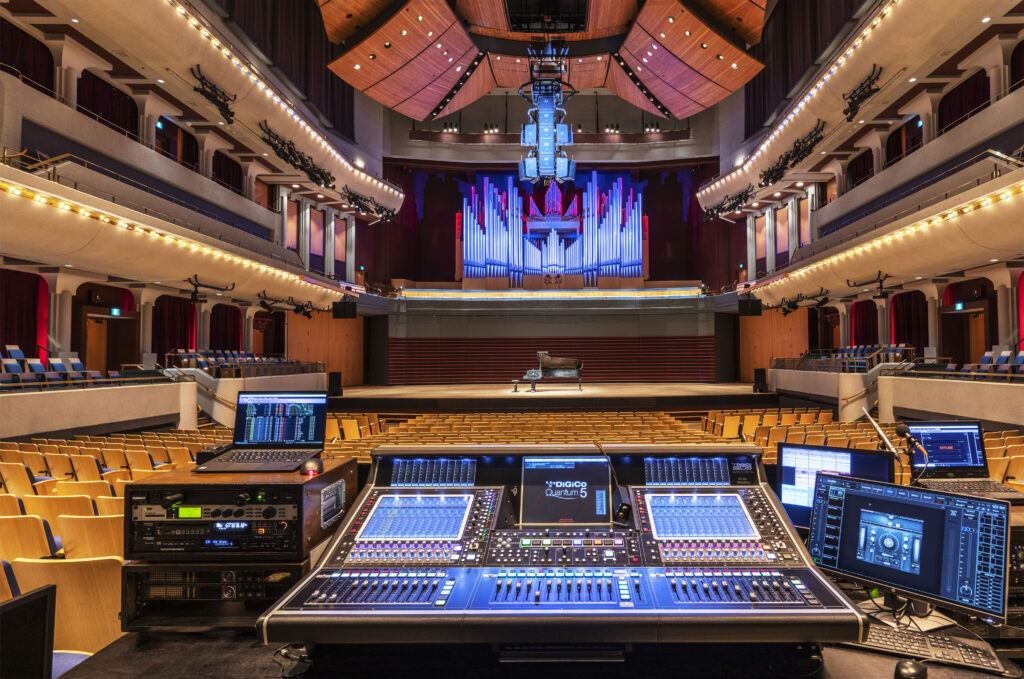 While much has changed in recent years, the venue’s ongoing reliance on DiGiCo consoles at JSCH and throughout the Arts Commons complex’s other venues, has not.  Jack Jamieson, Head Sound Technician at JSCH explains, “I’ve been using DiGiCo since 2012. We started with a compact version of the DiGiCo SD8 in 2012 and we were so impressed with its reliability and flexibility that, in 2014, we upgraded from analog consoles to DiGiCo digital consoles throughout the rest of the facility.”

One of Calgary, Alberta’s premier and most versatile live performance venues, JSCH is home to the Calgary Philharmonic Orchestra, as well as Arts Commons Presents’ BD&P World Music, and TD Jazz. It’s a very versatile venue, hosting events ranging from TED talks to comedy shows and full-on rock concerts. “There’s an interesting dichotomy in this room in terms of the artists that play here and the audiences that attend shows,” Jamieson notes. “We have a symphony audience who want a very nuanced, quiet sound system that allows us to fold the amplified sound into the acoustic sound. And then there’s another demographic, coming to see rock and pop shows, and their expectation is an extreme amount of level.”

Given the wide range of programming, for the 2020 replacement of JSCH’s audio system, the venue installed a unique “double PA system” (consisting of Meyer Sound point source and line array loudspeakers), added the Quantum 338 console for monitors, two DiGiCo 32bit I/O SD-racks, and upgraded their pre-existing FOH SD5 to include Quantum functionality.

“In Arts Commons overall, we have an SD7T for our 850-seat Max Bell Theatre, SD9T for the 450-seat Martha Cohen Theatre, and two SD 11i consoles (one in our 185-seat venue in the basement and one for Jack Singer’s lobby). Our SD8 is still available as an emergency console, but we’ve replaced that in the booth with our previous SD10 monitor desk.”

When the latest project began in Spring 2019, future-proofing was a primary driver for the choice of equipment across the board, and in JSCH’s ongoing reliance on DiGiCo. Beyond sound quality and flexibility, Jamieson says: “One of the biggest selling points for DiGiCo is that there are upgrades available as their new technology comes out – more and better mic pres, I/O, and additional capability with Waves. So, you don’t have to sell your old console and buy a new one. With DiGiCo, you just move on to the next step in their product line.”

As for the Quantum upgrades, “One of the main advantages of the Quantum software is nodal processing, which allows you to – on any given channel or auxiliary – add an extra layer of compression and EQ just on that one channel. So, where many people might use parallel channels (one being FOH, and the other being the monitor channel), Quantum lets you do that on one channel; you can peel off your auxiliary on a per-channel basis directly after the preamp and before you’ve done anything from FOH, after the FOH dynamics, or wherever you want. Then you can apply your preference, or a musician’s preference for monitors, on that particular channel for that particular mix.”

Additionally, Jamieson says, “Because the logic works the same across Arts Commons, operators can work in any of the rooms, on any of the consoles and find their way around easily and quickly once they have DiGiCo’s architecture down. So, for example, our original SD8 can still talk to everything from a vintage MADI rack to a product we bought, say, last week.”

Translating an older system file to a newer system file can be complex, he admits: “It requires somebody who understands the architecture of the system, but that architecture is also incredibly flexible.” Beyond that, given Jamieson and JSCH’s lengthy association with DiGiCo, and the fact the brand is so rider-friendly, chances are those coming in to mix are familiar with the workflow, or, if not, can enlist the venue’s engineers to sort out any issues in short order. “We have this vast array of consoles, but as DiGiCo has made improvements and reacted to what users have asked for in terms of the software and the logic, it all works the same regardless of which console you’re on.”

That redundancy is expanded owing to the fact JSCH has a full Waves package for both their upgraded FOH SD5 and the SD10, which can both be used for mixing and multi-track recording for live streaming. “So, everything is a replacement for everything else.”

The venue’s four SD racks and one SD Nano Rack provide additional flexibility. “In terms of I/O at FOH there is a two-slot rack that can house any two cards. So, it could be 16 inputs, although in our case it’s eight analog inputs and eight analog outputs. But it could be whatever you want it to be, and that’s changeable on the fly; you just power the rack down pull out the card and put a new card in, power up again, and the cards are immediately recognized.”

In the end, they’re exceptionally happy with the result, Jamieson says, adding that incoming artists and engineers expect to be dealing with industry-standard technology in a venue of this stature and size, and DiGiCo delivers that and then some. “DiGiCo make flagship products that people aspire to own. They have a large product line, but one of the things that’s special about DiGiCo is that you can configure the workflow to your preferences. So, when an engineer comes in and says, ‘I’d like to do that,’ or ‘I like this type of workflow,’ in a few minutes I can have the console architecture operating the way they want it so they can just focus on mixing.”

Beyond the benefits offered by DiGiCo products in and of themselves, JSCH also relies heavily on the expertise and support of the brand’s Canadian distributor, GerrAudio, and has for many years, says Brian Beaulieu, Associate Director, Venue Operations for Arts Commons. “Gerr was involved in the installation of our previous sound system fourteen years ago and their support since then has been unparalleled. They’ve been with us every step of the way – from design through to final tuning – supporting our needs at a level that can’t be matched throughout the industry.”

Ultimately, Jamieson explains, GerrAudio and Jack Singer Concert Hall’s priorities are the same: “It’s all about the live show. When I call about a repair, return, or replacement, the first thing they ask is when the next event is. I’ve had turnaround from them in thirty-six hours, and they’re in Brockville, Ontario and I’m in Calgary, Alberta. When I was dealing with other suppliers, and discussing quotes for this project, I said, ‘Here’s the deal. With GerrAudio I regularly see a seventy-two-hour turnaround. I’ve never had to wait two weeks for anything show critical. Can you match that?” Invariably, the answer was no.

Incoming artists and engineers expect to be dealing with industry-standard technology in a venue of this stature and size, and DiGiCo delivers that and then some. 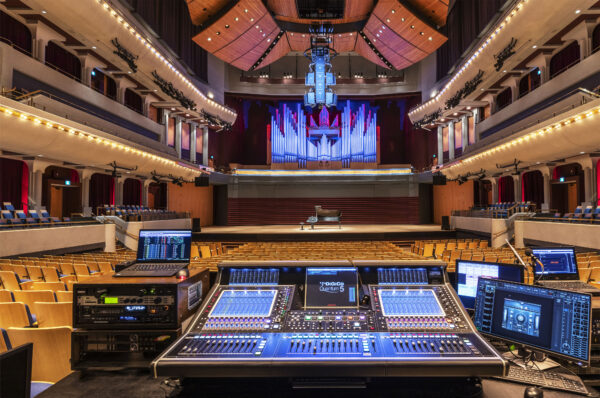