Taking over the entire Southbank Centre and its performance rooms for one evening, Arnalds describes OPIA as a celebration of music and film, friendship and collaboration. Headlining in the Royal Festival Hall, Arnalds was supported by featured sets in other areas from piano/electronic duo, Grandbrothers; pianist, violinist, and composer, Poppy Ackroyd; breaks-infused techno, Vaal; R&B from Rhye; and Kiasmos, Arnalds’ collaboration with Faroe Islander, Janus Rasmussen.

“I have been approached by Ólafur’s production team several times in recent years but we had never been able to coordinate our calendars to enable us to work together,” explains FOH engineer, Jonathan Lucas. “I went along to watch Ólafur’s new show and I found it incredibly powerful. It was such a beautifully dynamic and intriguing experience, so I couldn’t wait to get on board.”

Central to the main production was an innovative triangulated piano set up, comprising a grand piano, played by Arnalds, accompanied by two MIDI-enabled self-playing upright pianos, as well as two synthesizers, a MIDI keyboard, and an Ableton station. A custom made KeySense light bar with optical sensors over the grand piano keys detects notes played and converts them to MIDI via Stratus bespoke semi-generative MIDI manipulator software, developed by Arnalds with an Icelandic music programmer. Triggered by Ableton or the MIDI keyboard, the converted notes are transformed into musical phrase sequences, sent to and performed by the two autonomous upright pianos. Accompanying the piano system are four live string players and a drummer with two synthesizers and his own Ableton set up.

Additionally, Ableton provides click tracks for the musicians and MIDI information to the lighting department via a MIDI/Ethernet converter to synchronise the lighting design with the music. The Ableton system is also pre-programmed with scenes for each song, loaded with playback clips, tempo and FX settings, and registers any live samples that Arnalds generates.

The dual console system was set up to manage 48 inputs with shared gain providing full FOH control, as well as monitor feeds for six musicians and a tech mix on stereo IEMs. The FOH console catered for AES left, right, sub, and mono, feeding the LM44 processors on stage and at FOH, and providing eight analogue and eight AES outputs on both ends of the multicore. With a fast-paced and complex musical set up and arrangement, pre-programming Snapshots for every song was a must. Lucas also achieved a full virtual soundcheck scenario at both FOH and monitors.

“Having used virtual soundcheck for programming and tuning I had often pondered on the idea of getting the signal to the monitor desk. I had previously moved the record laptop and DiGiCo MGB to monitors but, as I send some FX returns to IEMs, it was important to feed both desks simultaneously. Monitor engineer, Dan Speed, and I were able to write a macro at the monitor desk that switched the inputs to ‘con’ receive instead of ‘SD-Rack’ in the same way the Copy Audio function worked for me at FOH. I duplicated the Copy Audio routing to five con send cards making them available over OptoCore. The monitor desk required a combination of alternate input selection and main input routing depending on mono or stereo channel configuration. Once we were up and running the musicians could effectively tweak their own monitor mixes and, as alternative players made up the string quartet, they could jump through the set without requiring everyone to play along.

“Ólafur has a remarkable handle on the entire production and, being a producer and studio engineer as well as a composer, we could communicate on a technical level. There is so much silence in the show that minimising the noise floor and translating subtle detail was a real priority. I chose the DiGiCo SD12s fitted with 32-bit cards as a compact but feature-packed solution for this project, which is both refined yet complex,” Lucas concludes. “The system could provide enough in the way of processing and surface control in a small footprint. Insisting on a 32-Bit SD-Rack was definitely the right move.”

"I chose the DiGiCo SD12s fitted with 32-bit cards as a compact but feature-packed solution for this project, which is both refined yet complex,” Lucas concludes. “The system could provide enough in the way of processing and surface control in a small footprint. Insisting on a 32-Bit SD-Rack was definitely the right move.” 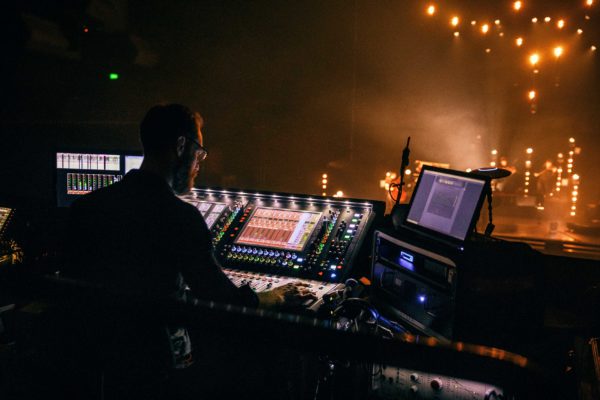 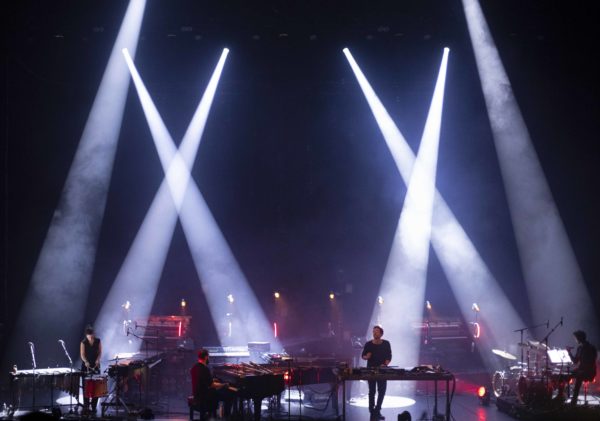 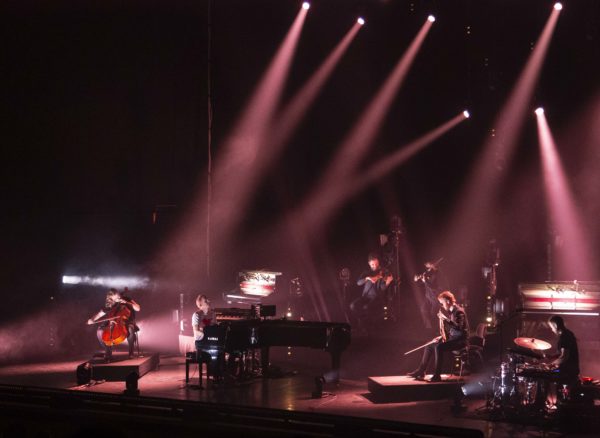