Originally built in 1816 and located in the Norwegian city of Trondheim, Trøndelag Teater is the oldest theatre in Scandinavia in continuous use. In September 1997, it underwent refurbishment and re-opened as part of a modern complex incorporating the old auditorium, supplemented by four new stages of various shapes and sizes. More recently, the decision was made to update the theatre’s incumbent console and invest in a desk that would provide it with a more flexible, powerful system, choosing a DiGiCo Quantum7T with dual Quantum engines to deliver those all-important attributes, as well as the manufacturer’s renown sound quality.

Siril Gaare, Trøndelag’s head of sound, has worked at the theatre since 1998, first on a freelance basis, then making it her full-time home in 2008, before taking up her current role in 2011.

“In 2018 we knew it was time to change our main stage console,” she says. “We were looking for a more mobile and flexible system. We wanted to be able to sit in the auditorium, but still be part of the team during rehearsals. We also missed having an App that would allow us to go on stage to do certain settings from there.”

Gaare and her team arrange for demos of several consoles, all of which, she says, had more or less what they were looking for, but chose the Q7T, purchased through DiGiCo’s Norwegian distributor, Scandec Systemer AS and their partner Trondheim Lyd, for its theatre software and all the opportunities that presented them.

“The redundancy with the two engines was important, as was the feeling of solid hardware in the console,” she continues. “The power of Q7T was very important and running a show in 96kHz was also a good accolade to the decision. The premium preamps have a brilliant sound quality, and being able to go offline to program a show is very helpful. Service and support also seemed very good and safe.”

Gaare notes that the T software makes programming and running a show much easier. “It took me a bit of time to get used to it and I am still exploring the best way to program a show,” she admits. “On other consoles, I would press store whenever I made a change. The auto update system on the Q7T is very useful. We are still working on finding the best way to program a show quickly, but this is a powerful tool, and the player/alias function is very useful!”

Gaare is also appreciative of the output capacity on the console. “On the last console we ran out of outputs. We had 48, but a console installed in a theatre doesn’t necessarily only use LR as main outputs and we use auxes for monitoring everywhere on stage, around the stage, and we have surround speakers, etc. We also need a lot of inputs, but that was not such an issue.”

At the same time as purchasing the Q7T, Trøndelag invested in an EX007 expander, which it has installed in the auditorium.

“I just did sound design on Jesus Christ Superstar,” she recalls. “During rehearsals I sat in the auditorium with the EX007, an iPad, and a laptop. The other guys were at the top of the auditorium on the main console running the show. This way, we were three people able to work at the same time.”

Gaare knows that investing in DiGiCo brings the added advantage of having a familiar surface for visiting engineers, making their workflow easier. She is also happy with the support from Scandec.

“They can easily be reached to answer any questions,” she says. “We also have direct communication with DiGiCo’s support team. We did have a tech question during a show once, but this was quickly solved with phone support, and we were able to go on with the show.

“I am very happy with our decision. This is a solid investment, a lot of opportunities come with the software and I am looking forward to using all new features as well.”

“The power of Q7 was very important and running a show in 96kHz was also a good accolade to the decision. The premium preamps have a brilliant sound quality, and being able to go offline to program a show is very helpful. Service and support also seemed very good and safe.” 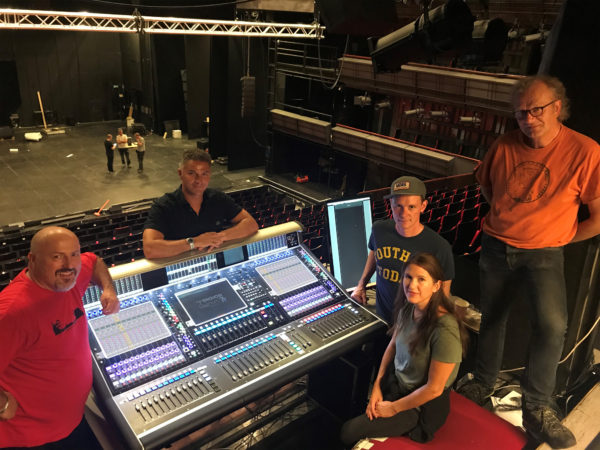 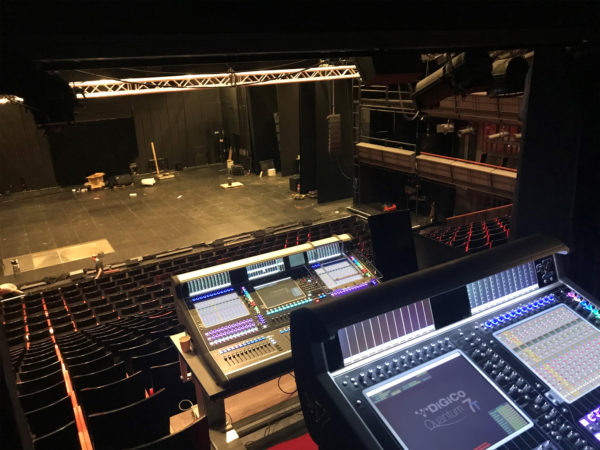