CRC has opened a brand-new church located on Fourways, Johannesburg and has chosen a DiGiCo system to meet their audio requirements, with the 6,000-capacity venue choosing an SD12 for front of house, an SD9 at monitors and a, SD9 for broadcast, all complete with SD-Racks, supplied by DiGiCo’s South African distributor, DWR Distribution.

CRC has over 90 satellite branches across South Africa with the main campuses based in Bloemfontein (two venues), Pretoria and now Johannesburg, all using DiGiCo.

“The volunteers in Pretoria were already familiar with DiGiCo,” says Kyle Robson of DWR. “So the church wanted to keep everything on the same platform so that when operators work between Pretoria and Johannesburg, the set up will now feel the same.”

The Johannesburg system has, however, been given a boost, as Kyle explains: “We have installed an L-Acoustics Kara system and went with an Optocore system on all the consoles, which made the entire network extremely flexible, enabling everyone to send any information they wanted to any point in the system. It has proved to be exceptionally helpful.”

The initial plans for the new CRC building started back in October 2017, with the new building’s strategic position reflecting its ethos. Situated on Witkoppen Road, it has a squatter camp on one side, with wealthy people living on the other. Senior Pastors and Nyretta Boshoff, founders of the church, wanted it that way. It is not a church for the poor and it is not a church for rich. It is a church for everyone, accessible by foot or by car, with the main message going straight to the point: Love one another.

“The church was using the Barnyard Theatre in Rivonia for services, and its success meant it had reached full capacity,” recalls Robert Izzett of DWR. “While the new venue received an overwhelming response at the official opening in February, it has space enough to grow technically as the church itself continues to grow.”

“Different growth phases have been set in place,” adds Kyle. “What we are doing on the console side is opening it up to more elements like Waves; we are building up all the plugins needed for the future, bit by bit.”

CRC relies on volunteers to operate the technical side of things, so the emphasis was on creating a workflow that would be easy to understand.

“All DiGiCo worksurfaces work in a similar way, so if the volunteers have to jump around different boards, they will still be comfortable,” says Kyle. “They also attended a Basic and Advanced DiGiCo training course at DWR and the feedback was excellent. They now have quite a few ideas that they want to try out, so from a training point of view, it worked out well.”

Broadcast is also a major part of each service. It is not unusual for Pastor At to preach at one venue for the first service of the day, and at the next for the second morning service and each service is broadcast to all the other satellite churches.

“What’s really nice on the broadcast side is to record all the multi-tracks of the bands,” Kyle concludes. “The operator can then distribute those channels through to the other consoles in the Opticore network so everyone can do a virtual sound check. The broadcast is the only one up and running with Waves and there are some great plug-ins to monitor the levels going out.

“This is a rock-solid system that will serve the church well into the future and everyone is delighted with it.”

All DiGiCo worksurfaces work in a similar way, so if the volunteers have to jump around different boards, they will still be comfortable. They also attended a Basic and Advanced DiGiCo training course at DWR and the feedback was excellent. 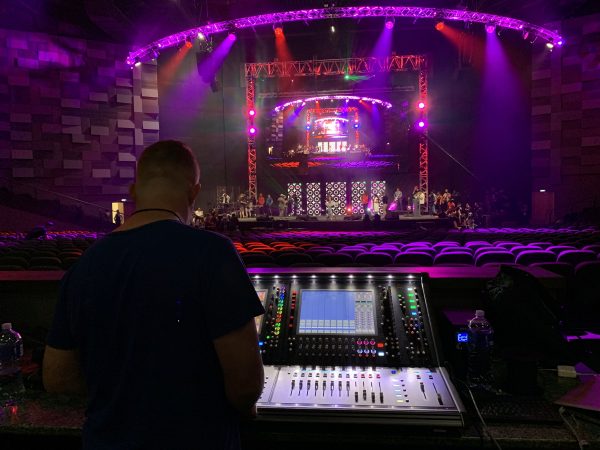 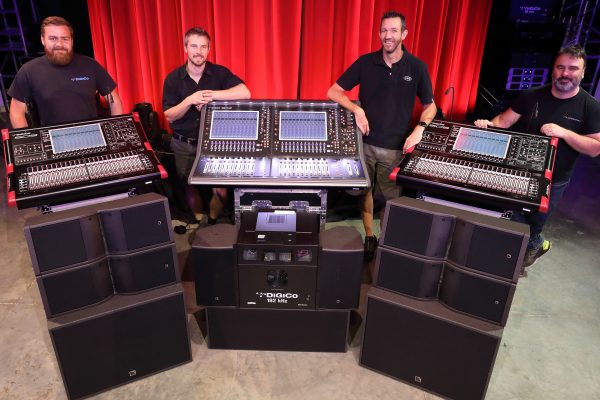 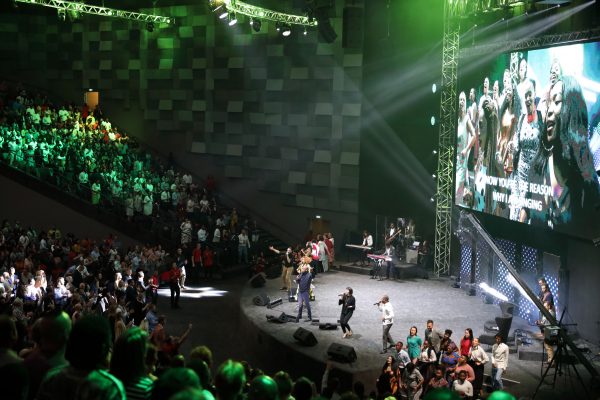 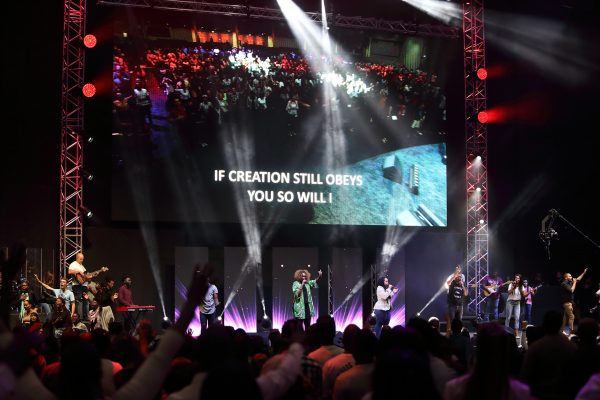 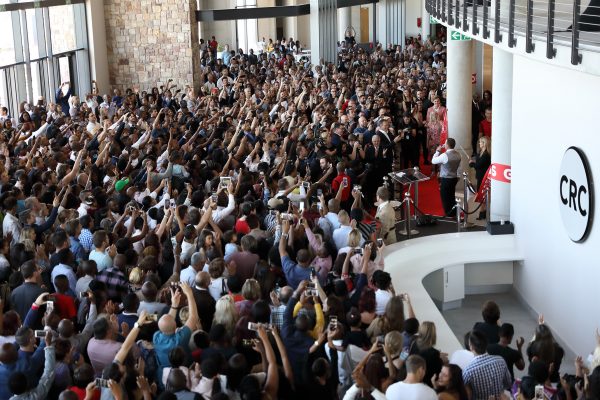