Kelly Clarkson Realizes Meaning of Life on the Road with DiGiCo

LOS ANGELES, California – Although Kelly Clarkson has performed numerous one-offs and festival shows since the launch of her eighth and most recent studio album, 2017’s Meaning of Life, this year’s eagerly anticipated two-month North American trek in support of it marked the artist’s first proper return to the road since 2015’s Piece by Piece tour. For Chris Michaelessi who has served as Clarkson’s FOH engineer since 2011, the availability of the new Quantum engine for DiGiCo’s flagship touring console couldn’t have come at a better time.

“I’ve always enjoyed mixing on the SD7 and was really looking forward to having the new, faster and more powerful engine for Kelly’s Meaning of Life tour,” he says, getting his wish fulfilled by CLAIR Global, Clarkson’s longtime touring reinforcement provider. “Once I started the using SD7 Quantum, paired with the new 32-bit Stadius Pre-Amp cards for input, I was immediately struck by how much headroom the console has gained with the new engine,” he says, noting that the difference was immediately noticeable both in terms of overall sound and managing console gain structure.

Quantum’s major increase in processing power has also made his overall setup simpler. “The new preamps definitely have a more musical sound; I found myself using less channel EQ than ever before,” he notes.

When he’s not completely booked up with Clarkson dates, Michaelessi has juggled single shows and even full tours with other high-profile rock and country acts, including Miranda Lambert and Third Day. “In 2017, I worked full time for Miranda and managed to do all of Kelly’s rehearsals and shows, except for a small handful. The two schedules worked out in such a great way; I am sure that was a once-in-a-lifetime year! Since the beginning of 2018, I have been working full time with Kelly.”

In addition to those artists, Michaelessi has done full tours as a system engineer for more pop acts, including Sara Bareilles and worship artists Mercy Me. As such, he’s more than just a console jockey, and understands the intricacies of designing input/output schemes, including the fiber loop capability that became standard with the Quantum upgrade. “On this tour, we’re not sharing input racks,” he describes. “Bob Lewis, who has been at the monitor end of the snake with Kelly since 2017, is also on a SD7 Quantum and we’re each running a separate loop for these shows.”

Lewis reports that his experience with the new kit has been equally rewarding. “The lows, mids and highs are all very natural and warm with the 32-bit cards and Quantum processing, and that amazing sound quality was immediately noticeable,” he enthuses. “Plus, with 13 band members and multiple guests joining us each night, Quantum’s Nodal Processing has been a great advantage. EQ and compression can often vary significantly from one in-ear mix to the next, and this new feature has made mixing monitors so much easier.”

Michaelessi and Lewis work with an artist who has avoided being pigeonholed in terms of genre for all of her now nearly two-decade career. The original American Idol winner’s catalog covers a lot of ground, including country (two Academy of Country Music awards in 2011 for her duet with Jason Aldean on “Don’t You Wanna Stay,” touring with Reba, and live duets with everyone from Trisha Yearwood to Vince Gil) and rock (a Grammy in 2006 for “Since U Been Gone). She also has buckets of pop hits, including Grammy nominations for Record of the Year, Song of the Year, and Best Pop Solo Performance for “Stronger (What Doesn’t Kill You)” in 2012 when the album Stronger took home the hardware for Best Pop Vocal Album. Stylistically, she may be all over the map, but when it comes to audio, her early-2019 tour was a big pop show with the kind of input needs that have become de rigueur for pop’s top artists. Both FOH and monitor world each had a pair of SD-Racks completely outfitted with the new-for-Quantum 32-bit I/O cards.

“We had all 112 inputs full in the two SD-Racks we had for FOH,” Michaelessi explains. “That number includes all of the standard stuff for the band, plus talkbacks, guest mics, guest inputs and a few of what I call ‘once every third show’ inputs.”

Michaelessi also made use of another popular DiGiCo feature on some of his more crucial channels: “I used DiGiTuBe on about ten inputs. I really like it for its ability to add warmth and a bit a growl.”

The FOH engineer further appreciates the robustness and dependability of the Quantum platform, because he knows—as do those designing future products for DiGiCo—that all of this ever-evolving tech is only important in service of an artist, their music and their fans. When he was recently in Las Vegas for Clarkson’s gig hosting the Billboard Music Awards, no one knew until after the show, but his artist was suffering a full-on, super-painful bout of appendicitis for the entire week, including during rehearsals, a mid-week one-off in Los Angeles, back to Sin City for the Billboard broadcast and then straight into emergency surgery the moment the show was over.

“She’s a total pro,” Michaelessi shares. “And if she’s going to get up there and do, not just a show, but a show that’s broadcast to music fans around the world when she’s in that kind of pain, then the technology that supports her needs to be as tough as she is. Fortunately, with the new SD7 Quantum from DiGiCo, toughness has never been an issue.”

For more details on Kelly Clarkson and her upcoming live dates, visit www.kellyclarkson.com. CLAIR Global can likewise be found online at www.clairglobal.com.

Once I started the using SD7 Quantum, paired with the new 32-bit Stadius Pre-Amp cards for input, I was immediately struck by how much headroom the console has gained with the new engine. 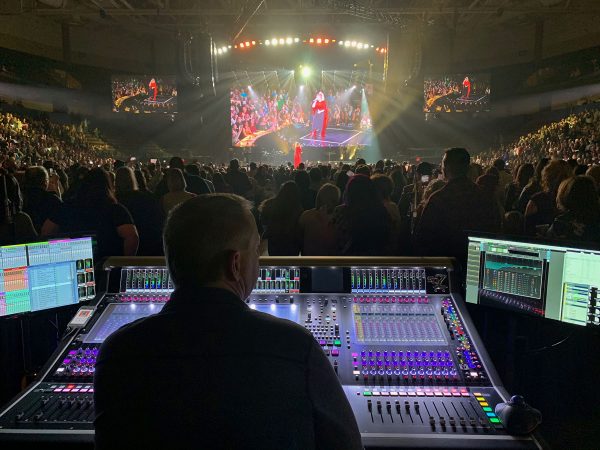 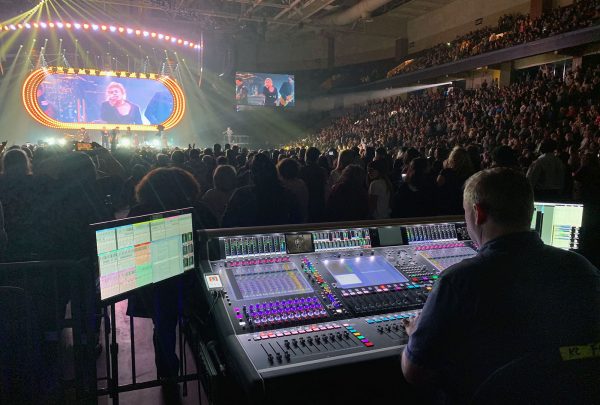 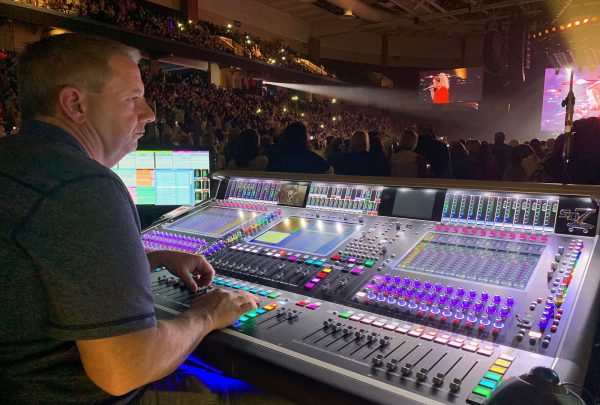