Hosting traditional and contemporary worship styles in its large sanctuary, Denton Bible Church uses the Quantum338 to handle both FOH and monitor duties and the SD12 as its broadcast desk

DENTON, Texas – From its beginnings in the mid-1970s, with barely more than a dozen members, to the opening of its 3,500-seat auditorium in the new century, Denton Bible Church (DBC) has kept itself at the leading edge of technology. And the church, named for its Dallas, Texas-area suburban location, has continued to do so with the May addition of a new DiGiCo Quantum338 console, which is used for both front-of-house and monitor mixing. At the same time, a new DiGiCo SD12 console was also installed as the church’s new broadcast audio console. Both desks, plus the two DiGiCo SD-Racks installed along with them that sit on an Optocore network, were integrated and commissioned by Digital Resources, Inc., an AV systems integrator based in nearby Southlake.

This is DBC’s second generation in the digital mixing arena, and they had become accustomed to the streamlined operational aspects and high I/O counts that digital consoles can offer. “So their next digital consoles had to be able to continue to provide a lot of I/O and a high degree of functionality,” explains Digital Resources Audio Sales Manager Lance Eddleman. “Their SD12, for instance, is the latest 96-input-channel model, which gives them plenty of I/O for their broadcasts. And the Quantum338 gives them the high number of faders they wanted, to support their blended traditional and contemporary worship styles, as well as some really advanced features, such as the Spice Rack and Nodal Processing.”

After Eddleman and the DRI team witnessed the official worldwide launch of the Quantum338 at the NAMM Show in January, he says that DBC Technical Director Preston Fuqua first got a chance to experience DiGiCo’s newest console a few weeks later at a private demo day in Fort Worth. “We both immediately knew that the new desk was what they needed, in terms of channel counts, in terms of features, and in terms of cost,” says Eddleman. “All of those were big factors in their decision-making, and the Quantum338 won on every count.”

Eddleman adds that the SD12’s small footprint, which nicely allowed it to fit next to the church’s Pro Tools system, as well as its high input capability made the console the natural choice for DBC’s broadcast needs. Furthermore, the Optocore network allows both desks to integrate seamlessly. “We also included the Optocore AutoRouter on the network, because it takes the consoles’ inherent flexibility and expands it,” he says.

“That’s a big deal for this church because they rely heavily on volunteers to run their systems,” says Eddleman. “So for a small event, like a wedding or a funeral, they can use only the components of the sound system that they need to, such as a single console and SD-Rack, instead of having to turn the entire system on.”

DBC’s Preston Fuqua says he’s been overwhelmingly impressed by the level of versatility and flexibility that the DiGiCo desks offer. “With what we had before, we had to jump through hoops to add things onto the systems,” he recalls. “Now, with features like the integration between the console software and external Waves plugins, we can do so much more than we ever could before, and so much more easily.”

Fuqua cites the addition of the Optocore loop as a “game changer” for the church, which will allow it to extend the network to other buildings on campus when the time comes to upgrade their audio systems. “It’s even made the SD12 that much more powerful for us,” he explains. “We chose the SD12 in part due to budget and size constraints, but once it’s on the Optocore network, its capabilities are magnified, since we can use the power of both consoles together.”

The two new DiGiCo consoles represented a significant shift from the platforms they had been using, but Fuqua says that their volunteers are catching on quickly. “With the Quantum338 we can do virtual soundchecks combining recorded tracks and live instruments simultaneously, which is a great thing for training. Both consoles have been a dream come true for us. They are our future, here now.”

Both consoles have been a dream come true for us. They are our future, here now. 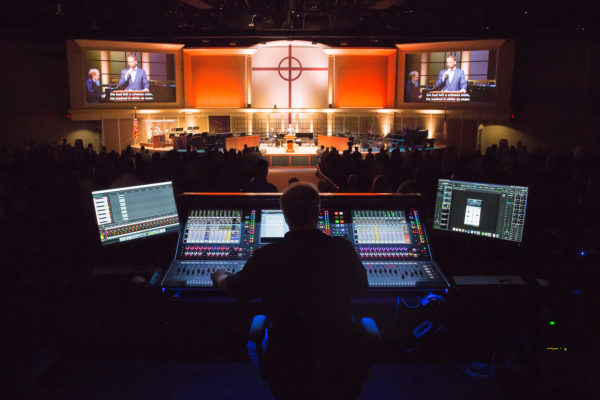 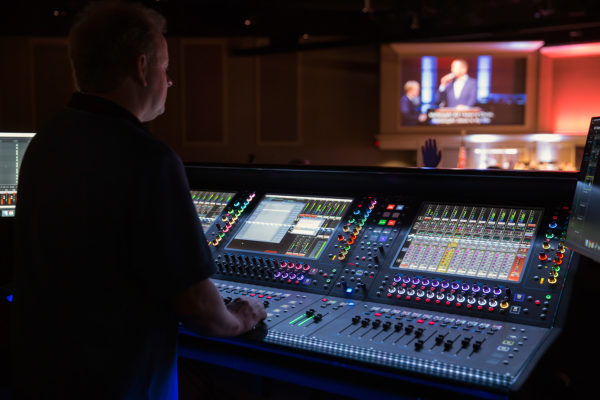 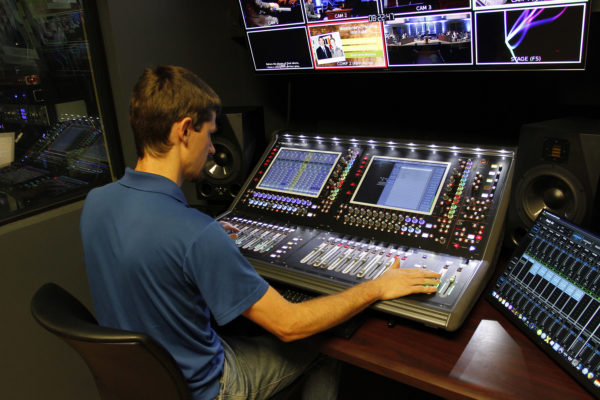