HelloooTV.com is a weekly online concert experience that uses DiGiCo’s Quantum7 console at front of house, an SD10 for monitors, and the KLANG:fabrik monitoring solution as an immersive front end to the mix assuring the highest quality audio for performances

NASHVILLE, Tennessee – July 2020 – The COVID-19 pandemic has produced a wide variety of music shows online. Unfortunately, it’s also resulted in a wide variety of sonic quality; much of it less than desirable. However, Erik Rogers and Paris Visone set out to improve that with Hellooo TV, a weekly streamed music performance event that is designed as a proper concert.

Performances are shot live at a soundstage at Special Events Services’ (SES) facility in Nashville, with each live audio mix streamed as a set with only minimal editing and color correction while using the same audio platforms these artists used when they were on the road: a DiGiCo Quantum7 console for front of house and DiGiCo SD10 for monitors, both supplied by Clair Global. In addition, Hellooo TV employs a KLANG:fabrik monitoring solution in an innovative manner, using its 3D capability as the front end of the final show mix, providing those listening over headphones with a truly immersive listening experience.

Rogers, whose touring CV ranges from Godsmack, Avenged Sevenfold, Apocalyptica and Testament to Dustin Lynch and Hunter Hayes, realized that after the global touring shut down in March the Zoom shows and other online-from-our-basement performances that sprang up in the wake of that weren’t enough to fill the void left by the end of professionally produced concerts that deploy touring-grade technology. Working with Producer and Documentary Photographer Paris Visone, they created Hellooo TV, working first from space at Soundcheck in Nashville, then at SES where they built their own soundstage for the concerts.

“There is no fixing in the mix, no punch-ins, no edits—each performance is a live show, just time shifted for streaming,” explains Rogers. “The artists understand that they prepare for our shows as they would any actual live performance—the energy, the tension, it’s all there—and it comes across in a way that ‘home and basement’ shows don’t. That’s why we needed to use the same equipment we use on tour, which is DiGiCo.”

Hellooo TV Monitor Engineer Mike Babcock, who has worked with Lamb of God, Coheed and Cambria, and Tanya Tucker, among others, is thankful to be manning a DiGiCo. “Whether it’s wedges or IEMs or a mixture of both, the SD10 is a console that gives me the flexibility to create a layout and workflow that allows me to quickly fill the variety of needs for any size act,” he says.

Rogers adds that the DiGiCo desks are also familiar to many of the artists performing on the show. “The SD10 could be turned over to any of their monitor mixers and they’d be ready to go on it.”

At FOH, Rogers is mixing the live sets from the Quantum7 and he says it fits the workflow for Hellooo TV’s format perfectly, which is to say it fits any workflow. “The flexibility of the Quantum7 is endless; I can put anything, anywhere,” he says.

The engineer is recording the performances directly from the SD-Rack into Reaper multitrack software, from which the show is played back through the Quantum7 where the stereo mix is used for the streams. On the Quantum7, he groups the input channels—drums, bass, guitars and keyboards each have their own subgroups, as do vocals, which are further subgrouped into main, backing and effects groups. Each of these are then effected using the Q7’s Mustard processing, a fully integrated suite of additional processing that can be assigned to any strip with a range of modeled preamps, vintage dynamics units and EQ sections.

“Mustard is so complete and comprehensive that I’ve been able to replace almost everything I had been doing before with plugins with it,” he explains. “The dynamic options, the models of compressors it offers, from FET to VCA, everything I need is right there and I can stay right on the channel strip.”

The subgroups are then routed through the KLANG:fabrik during the mix, as Rogers strives to recreate the ambience of an arena that will translate through the streaming process. “I’ll keep the drums fairly close to the center, spreading out the toms a bit, then spread the guitars and keys further around the 360-degree range,” he says. “But then the vocals really benefit from the immersive stuff the KLANG can do, using the head modeling they’ve built into the software. I’ll put the main vocals right around the temple and the eyes, the backing vocals around the earlobes, and the effects around the base of the neck. When you listen over headphones or earbuds, the effect is incredible, and it really does translate over the stream. It accurately emulates that immersive sound of an arena when you’re standing in front of the stage.”

Rogers and Visone began planning Hellooo TV from their respective homes in Sarasota and Boston before converging in Nashville. The DiGiCo, KLANG and Waves gear is provided through the collective efforts of Clair Global, Special Event Services and Group One Ltd. Additional vendors, including Audio-Technica, Canon, Gallagher Staging, Empire Touring, Screaming Images and Woodshed Stage Art, have also contributed equipment and time to the show, which began recording in May and streaming in June. From the start, Hellooo TV has helped provide some relief for a live-music industry heavily impacted by COVID-compelled venue closures and tour cancellations through organizations such as MusicCares and Save Our Stages.

“It’s a way to give back and to provide fans with some great-sounding music,” he says, adding that he believes that many of the new concert-production models being developed during the pandemic, like Hellooo TV, will remain valid and useful for years to come. “And we’ll still be using DiGiCo and KLANG then, too.”

DiGiCo is a UK-based manufacturer of some of the world’s most popular, successful and groundbreaking digital mixing consoles for the live, theatre, broadcast and postproduction industries and is exclusively distributed in the US by Group One Ltd. of Farmingdale, New York. For more information, go to: www.DiGiCo.biz

1) DiGiCo_Hellooo_TV_1.jpg – Erik Rogers with the DiGiCo Quantum7 on the set of Hellooo TV

Whether it’s wedges or IEMs or a mixture of both, the SD10 is a console that gives me the flexibility to create a layout and workflow that allows me to quickly fill the variety of needs for any size act 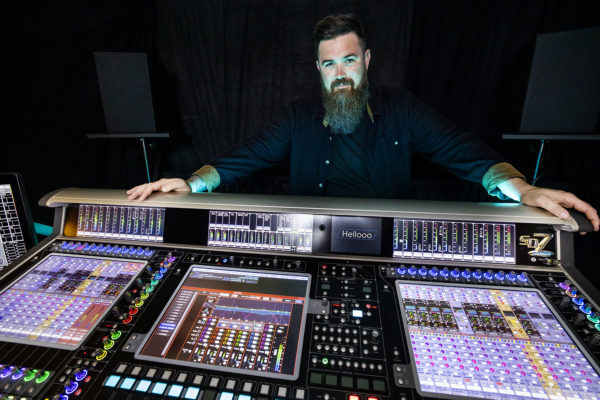 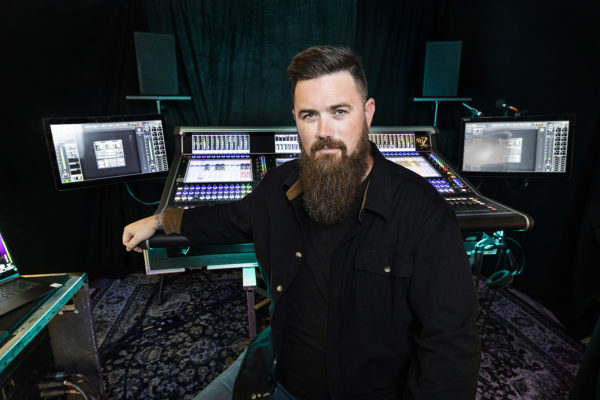 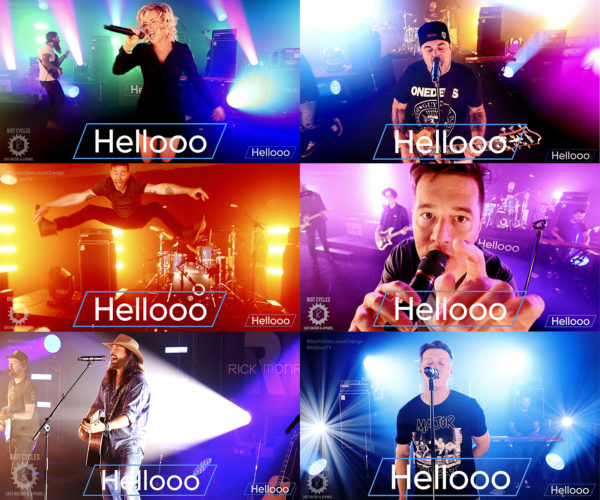 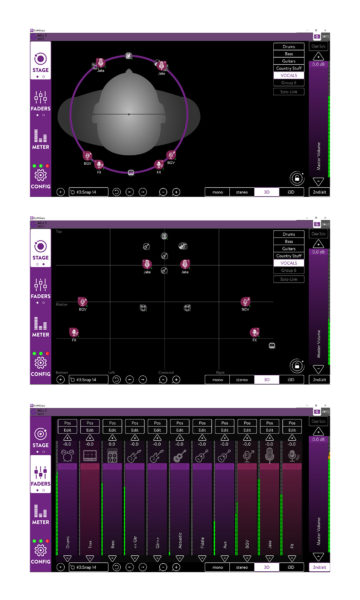