DiGiCo and KLANG give Midas Korolev the golden touch

Highly respected Russian sound engineer, Aleksey ‘Midas’ Korolev, has recently moved to an immersive audio environment, expanding his work with d&b’s Soundscape system by adding KLANG’s immersive in-ear system to his workflow. The move to KLANG also prompted him to switch from his long-term choice of the console to DiGiCo, taking advantage of the SD-Range’s native integration with the KLANG system.

Midas first came across KLANG at few years ago at the ProLight + Sound trade show. “I was heading somewhere else when, out of the corner of my eye, I noticed a booth with something to do with IEMs. Or maybe it was just the brand’s colour that attracted me,” he laughs. “I took a brochure, but at that time I thought the technology was an interesting start-up amongst many others and I didn’t think I would be a user one day.”

When Midas first joined his current band, a few of them used IEMs in mono. He switched them to stereo and a little later the entire band, except one guitar player, were using stereo IEMs. Still he felt he could achieve a better result. Despite developing a show file that provided consistent results from show to show, there were still occasional signal masking issues on certain arrangements and in particular acoustic environments when combined with the PA.

“When I found that our local distributor had a KLANG demo unit, of course, I contacted them to ask if I could try it,” he says. “When I heard the results, I knew it would be really hard to go back to stereo. It’s very addictive. The sound environment created by the system feels so natural that in a few seconds you forget you’re wearing IEMs. Placing sources along the vertical axis makes it possible to get a ‘straight in the face’ sound without changing levels; it’s so natural that it feels like the system is playing a joke with you. This is because our brains have adapted to stereo mixes, so if you have a conversation with a musician, you know where they are and look at them even if their voice is panned left or right in the mix you’re working on. But with KLANG, when they start speaking you turn your head to where their voice is coming from as it creates a natural acoustic environment and your brain believes what you’re hearing.

“The first time I tried a KLANG:fabrik was with another console brand. I had 48 input channels and seven stereo mixes which you can’t operate with a single KLANG:fabrik unit. So, I decided to use KLANG for just four artists and the rest got their mixes from the console. The results I heard with KLANG were amazing, but controlling some mixes via the KLANG:app and some from the console was quite different from my usual workflow. Then I heard the DMI-KLANG had been released and offers more processing power. It also has a compact format factor and can be inserted directly into DiGiCo SD consoles. That triggered me to think about switching to DiGiCo.”

Whilst the change to DiGiCo necessitated a different approach, Midas has found Macros, in combination with smart keys, to be “an amazing feature”, making show control and preparation extremely flexible. He also appreciates the 12 faders per bank, the clarity of the mix, and the line check option in the audio I/O tab.

“In general, using DiGiCo has driven me to re-think my typical approach to mixing, simply because I had a very different tool in my hands, but I found it became much easier to control monitor mixes for the band,” he says.

Midas also works for d&b’s Russian subsidiary which has recently launched a Soundscape demo room in Moscow. “Soon we’ll have a DiGiCo console in there from our Russian DiGiCo and KLANG distributor, Aris Pro, then I’ll have a space to experiment,” he says. “One thing I have in mind is to use KLANG as a monitor for preparing a show for Soundscape without using any loudspeakers.”

Although it may seem that Midas needs a little more time during preproduction to insert the DMI-KLANG into his workflow, he found that by using Macros he has optimized the setup process. “I have a couple pages of smart keys which I use during setup and another couple of pages with smart keys for show control. And KLANG has made our life easier because my technicians on stage now use iPads and help me to control the stage mixes for certain musicians without any limitation on the control units you can use. It’s very helpful in a setup where we use just one console for FOH and monitors. Control integration is done very well, so I’m using my iPad just for overall system and signals visual control while I do any position changes with the console rotaries.”

Midas’s final advice for anyone thinking of using KLANG and DiGiCo is don’t be afraid to try something new: “As someone once said, ‘you can’t quit until you try’. Some might think an additional piece of gear will make your setup more complicated, will cost you money… But we’re living in the world of fast-growing technologies and if we’re not following, one day we may find ourselves in the backyard. But the more important is what we can get. It’s definitely a very new listening experience, so try it. If you like it, you will always find a way to implement it into your workflow.”

Using DiGiCo has driven me to re-think my typical approach to mixing, simply because I had a very different tool in my hands, but I found it became much easier to control monitor mixes for the band, 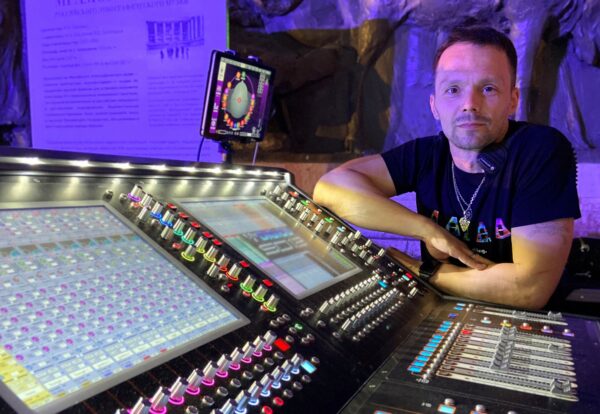 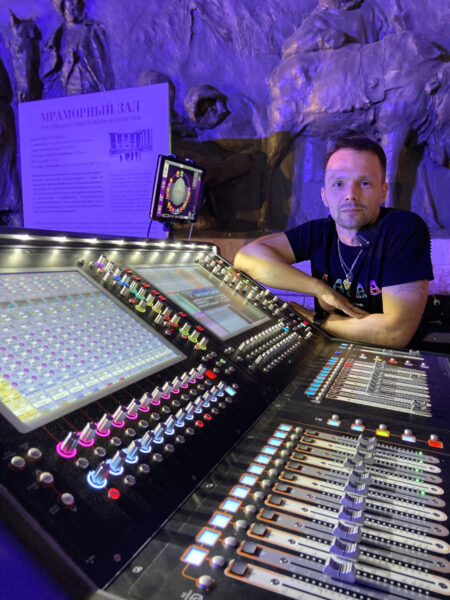 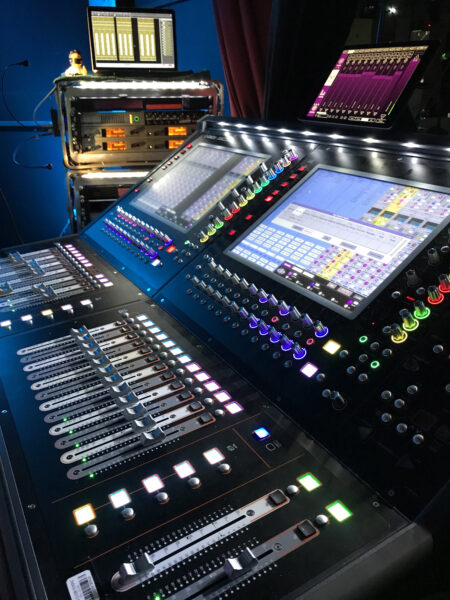 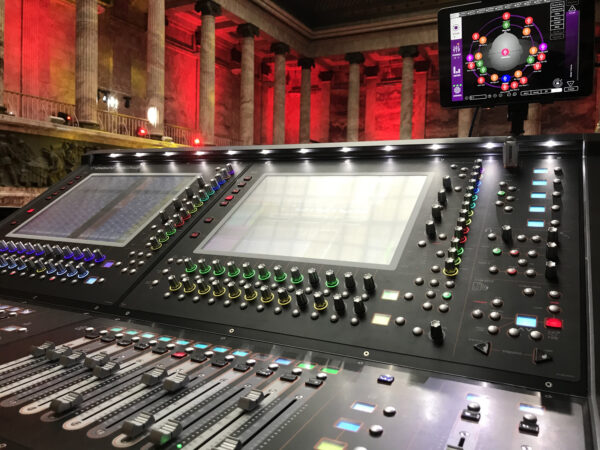