Since his first live appearance at the 31st Thessaloniki song festival in 1992, popular Greek singer, Antonis Remos, has firmly remained at the top of the mainstream music scene in Greece. Following his successful season in PYLI A of Thessaloniki, which ended in late January, Remos decided to surprise his fans with the Live Experience Tour 2020, performing in nine major cities in Greece, starting in Athens at the Faliro Olympic Indoor Hall (Tae Kwon Do) in the beginning of February. A combination of DiGiCo’s SD12 at front of house, plus an SD10 and KLANG:fabrik 3D in-ear monitor system at monitors, delivered outstanding results at the state-of-the-art venue.

“We hear a huge difference with the 32-bit preams,” says Kountouris. “There’s no chance of us going back to the previous rack. It’s like having another console in your hand, not the familiar SD12 I’ve used for so long. There is now significantly more resolution at mid and high frequencies and the whole thing is even more musical and ‘soft’.”

“Before the Live Experience Tour 2020, we had used the SD10 with a different in-ear system,” he says. “However, we wanted to upgrade to the KLANG system to allow me to have more control over exactly what each musician was listening to, and to get even better band dynamics.”

“Even though we were excited to upgrade, we were a little sceptical at first,” confesses Kountouris. “Our key concern was that the team would not be able to handle the new technology with its 3D mode capability. However, it worked really well because the KLANG system has no network conversion, so the sound is a far superior right from the start.”

The transition to KLANG was a breeze for the team, which, as Panolaskos explains, “is not a personal mixer as we know it.” The system allows monitor engineers to hear what the musician is listening to and manipulate the mix, “such as change Snapshots, follow your own Snapshots, and generally do what you do with a digital console,” he adds.

For the musicians, switching to the new system meant achieving a far better sound, not to mention ease of use and flexibility. “Previously, there were only specific channels that we could use, so there wasn’t an awful lot of headroom. Using KLANG, I was able to notice how the musicians could fully focus on their performance,” Panolaskos adds.

The use of KLANG’s 3D mode proved to be extremely useful for the drummer, the percussion player and the guitarists in particular. “3D mode has helped us a lot,” continues Panolaskos. “It’s a brilliant feature especially for those who play acoustic instruments and have a lot of microphones in front of them. Also, with the click track we had differences of up to 6dB, which meant that the click track was left alone so it didn’t need to sound so loud.”

Comparing KLANG to a typical IEM system, Panolaskos notes that it was a significant upgrade for them, and everyone was pleasantly surprised by the soundcheck time, which was reduced to just one hour. “Setup is much easier and faster as it only requires two cables and a router. You have no analogue inputs, no jack on XLR or the additional dozens of cables that one would normally expect from the traditional system,” he says.

Easy transportation was another important reason why the team decided to upgrade.

“If we were to bring our previous system on our scheduled gigs in the U.S. this would mean carrying a lot of extra gear and additional manpower, whilst with the new system we could go on tour just with a 2U rack, a router and two BNC connectors. And all this is very easy to set up,” Panolaskos exclaims.

Following the announcement of DMI-KLANG earlier this year, which connects directly to DiGiCo consoles’ internal audio stream without any additional hardware I/O or overhead, Panolaskos confirms that this is changing the ‘game’.

“All files are compatible with all DiGiCo’s SD series,” he concludes. “Once you have it set up, your life becomes even better.”

“Once you have it set up, your life becomes even better.” 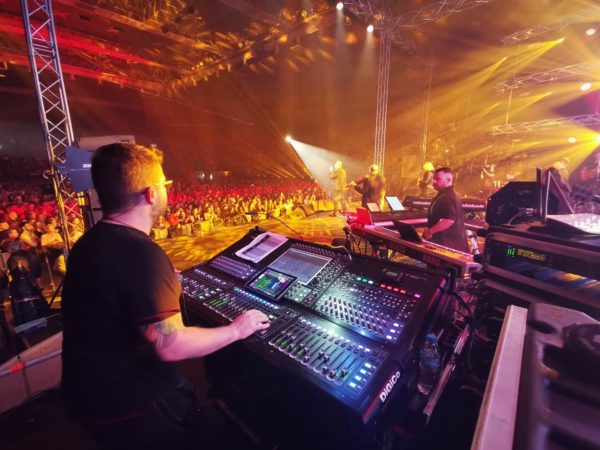 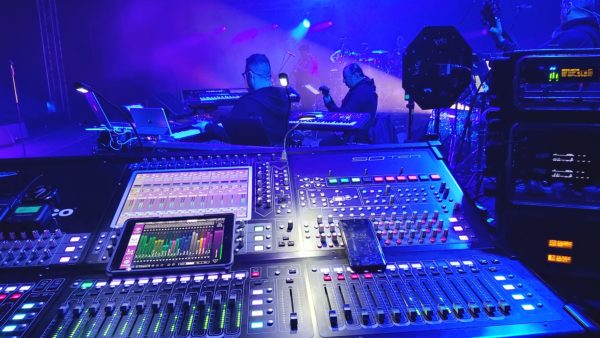 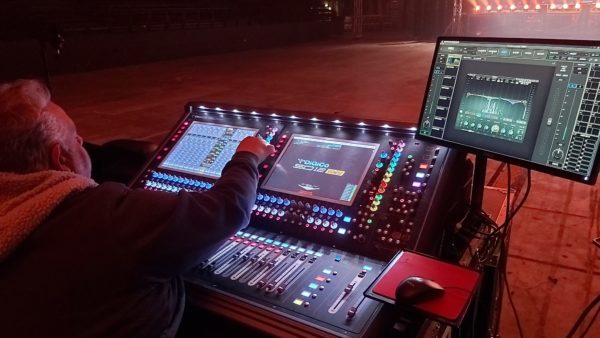