Backnang, Germany, 24.3.22. This month saw a world-first, with over 20 musicians playing together from three different locations, Metropolis Studios, the O2 Blueroom at The O2 and Brighton Dome for the 5G Festival Showcase. Underpinned by 5G technology, this was the culmination of a two-year R&D project and was held to celebrate the climax of the award-winning 5G Festival project. DiGiCo technology and d&b Soundscape systems were a key element of the extraordinary audio production.

Over the last two years, organizations, including Audiotonix, Brighton Dome & Brighton Festival, LiveFrom, Mativision, Metropolis Studios, Sonosphere, Virgin Media O2, and Warner Music Group have worked collectively with Digital Catapult to explore the untapped potential of 5G for the live music industry and provide a blueprint for how technology could play a key role in the future of the sector, as part of the wider £200m DCMS (UK Department for Digital, Culture, Media & Sport) 5G Testbeds & Trials Programme.

Headliners included double-platinum album selling singer-songwriter Newton Faulkner and Brighton-based Alt Folk band Memorial, both playing in Brighton Dome’s iconic Concert Hall to an in-person audience. Rising stars, BRIT Award nominee and voice of the 2021 John Lewis Christmas Ad, Lola Young, and Natalie Lindi, part of the MOBO Unsung Class of 2021, performed live in the O2 Blue Room at The O2. They were joined by seamless backing vocals, drums and keyboard from Brighton Dome, and guitar and percussion live from Metropolis Studios in West London. London-based rock duo Pearl Harts did a stand-alone performance at Metropolis Studios, which was live streamed to the other venues as part of the hybrid festival experience.

The unique concert showcased the technical achievements made during the project and demonstrated the role advanced digital technologies will play in the festival of the future; in particular solving the issue of latency (delay) between artists collaborating remotely with each other from different locations – currently not possible over an ordinary network.

DiGiCo Quantum 338s, with the new dedicated Soundscape User Interface fully integrated into the surface, took up the FOH mix positions at Brighton Dome and The Blueroom at The O2, to deliver immersive audio via d&b Soundscape systems to the venues, with a further Quantum 338 in the 3D studio at Metropolis providing the broadcast mix for all three venues.

The Soundscape User Interface can be expanded for bi-directional communication between the console and DS100, via the d&b software bridge (Remote Protocol Bridge) while also supporting setup with two DS100s. By controlling two DS100s in sync within a redundancy setup or up to 128 sound objects on two different DS100 from one console.

“From a live mix engineer’s perspective, the DiGiCo integration means that Soundscape object controls are at their fingertips,” concludes DiGiCo Managing Director, Austin Freshwater. “Now, they can keep their eye on the stage and their head in the mix. It’s another tool in the box for any engineer that’s using DiGiCo SD and Quantum consoles that wants to integrate seamlessly with a DS100 and Soundscape.”

“From a live mix engineer’s perspective, the DiGiCo integration means that Soundscape object controls are at their fingertips,” concludes “Now, they can keep their eye on the stage and their head in the mix. It’s another tool in the box for any engineer that’s using DiGiCo SD and Quantum consoles that wants to integrate seamlessly with a DS100 and Soundscape.” 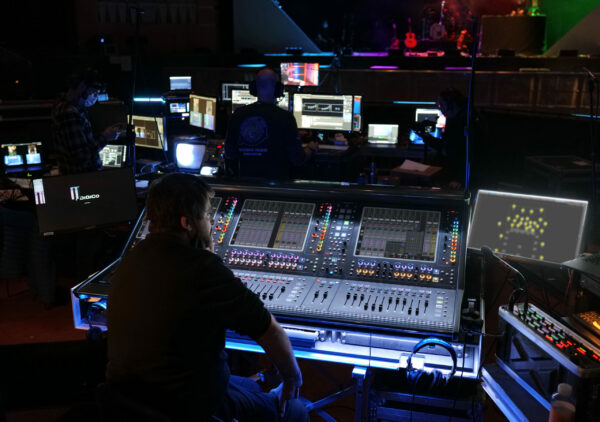 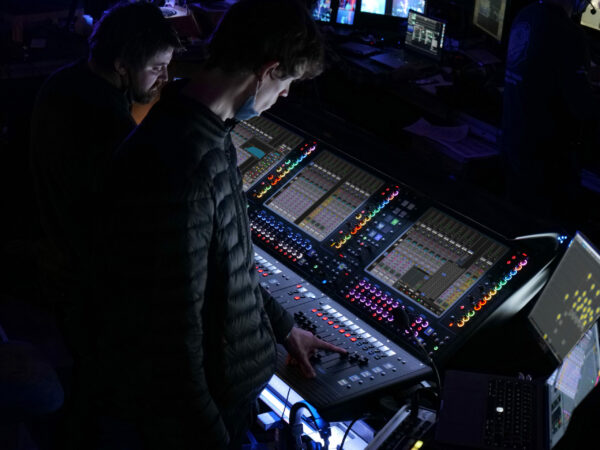