INDIO, California – Although currently ranked as the globe’s fifth largest music festival, the Coachella Valley Music and Arts Festival—or simply Coachella—remains unparalleled in terms of its prestige and status among Gen Y and Z social media influencers worldwide. For two consecutive three-day weekends in April—both of which sell out in mere hours—125,000 fashion- and culture-conscious music lovers per day flock to Indio, California’s Empire Polo Club for a huge desert party with more than 160 artists and bands performing on multiple stages throughout the site.

Hired by festival promoter Goldenvoice, as it has been for many years, Rat Sound was in charge of supplying sound reinforcement systems for most of the event, including the seven largest venues—the Coachella Stage, Outdoor Theatre, Gobi, Sahara, Mojave, Yuma, and Sonora—as well as the Guava Theatre, which was a separate activation in the campground area.

With additional console inventory and support from Hayward-based Hi-Tech Audio, Rat Sound deployed a total of eight DiGiCo SD10 desks for FOH and eight SD12 desks for monitors. Two pair of SD10 and SD12 for fast set switchovers were utilized on the two main stages—Coachella and Outdoor—plus a single SD10/SD12 combo on Gobi, Sahara and Mojave. All of the SD10 consoles were paired with a Waves package, and a total of 14 SD-Racks were deployed throughout. Furthermore, the smaller Yuma stage was supplied with a compact SD11 console.

Like last year, Rat also set up an identical FOH and monitor system comprised of a FOH SD10 with Waves, monitor SD12, and pair of SD-Racks in the Rat Sound production office for audio engineers to create, modify or just confirm their show files prior to their artists’ actual stage times. “We had 38 engineers visit the office, 17 of which programmed on the consoles,” says Rat Sound’s Melody Marie DePree. “The SD10 was in particularly high demand, and several of the engineers spent more than two hours on it. These desks were a big hit and everyone working the festival was appreciative of Matt Larson and Taidus Vallandi from DiGiCo/Group One, as well as Louis Adamo from Hi-Tech; they were all extremely helpful to take the time with everyone.”

DiGiCo took its well-known service and support one step further this year by hosting a pre-festival console training at Rat Sound’s headquarters in Camarillo that was attended by the Rat crewmembers that would be on site in preparation for 2019’s festival. “Our engineers love these trainings,” notes Rat Sound’s Jon Monson. “By the time you add in all of the other various desks that acts carried into Coachella with them—including some new Quantum SD7s and other DiGiCos—we estimate that nearly 75 percent of the festival’s audio this year was mixed on a DiGiCo. So it was great for our guys to have a pre-festival refresher on the SD-Range in order to really be up to speed.”

Bjarne Hemmingson, Rat Sound’s Crew Chief for Coachella’s main stages, echoes his gratitude. “I definitely appreciated the on-site support from DiGiCo,” he says. “And I like the flexibility of incorporating an engineer’s file to work with the festival patching ins and outs, and teaching inexperienced DiGiCo users how to operate the consoles was very easy.”

When asked why Rat Sound has come to regularly standardize on DiGiCo now, DePree sums it up by adding that there are many reasons: “The fact that it’s the first choice on most riders; the sound; the reliability; the manufacturer’s support… basically, all of the above!”

For more details on this year’s Coachella, visit www.coachella.com. Rat Sound and Hi-Tech Audio can each be found online at www.ratsound.com and www.hi-techaudio.com, respectively.

By the time you add in all of the other various desks that acts carried into Coachella with them including some new Quantum SD7s and other DiGiCos, we estimate that nearly 75 percent of the festival’s audio this year was mixed on a DiGiCo. 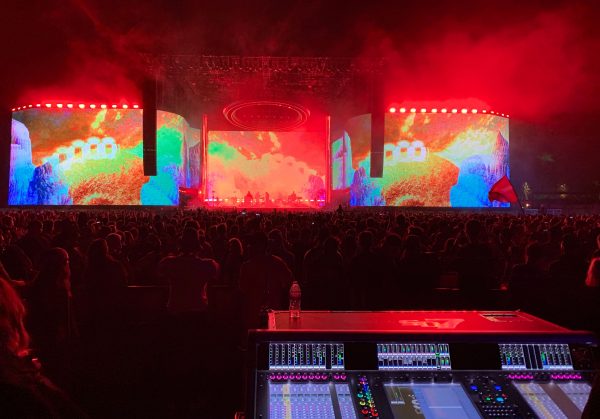 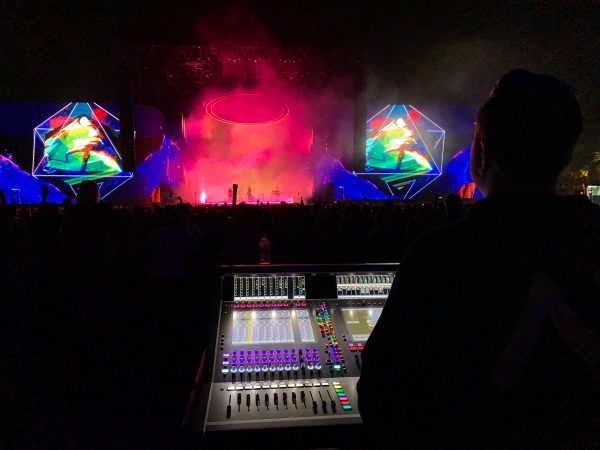 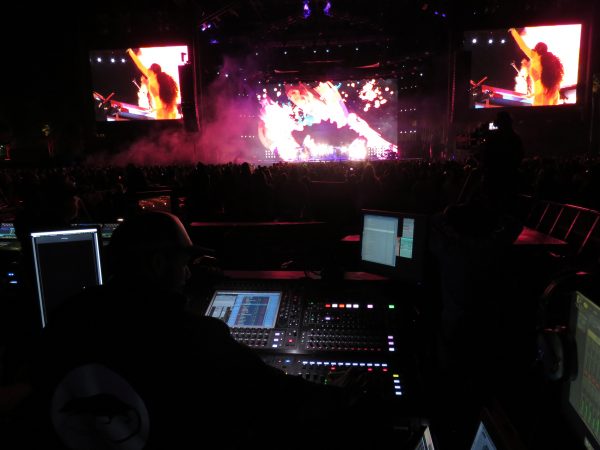 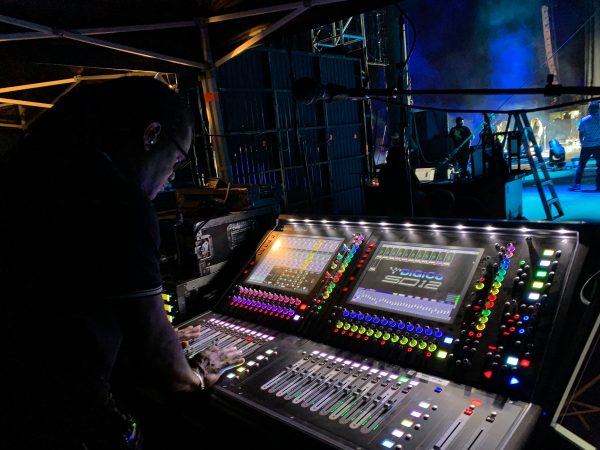 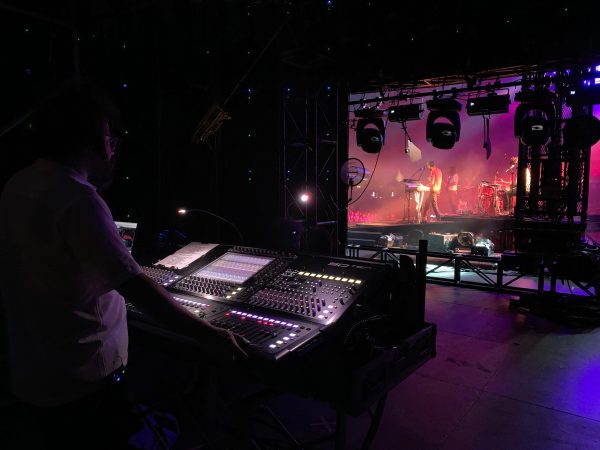 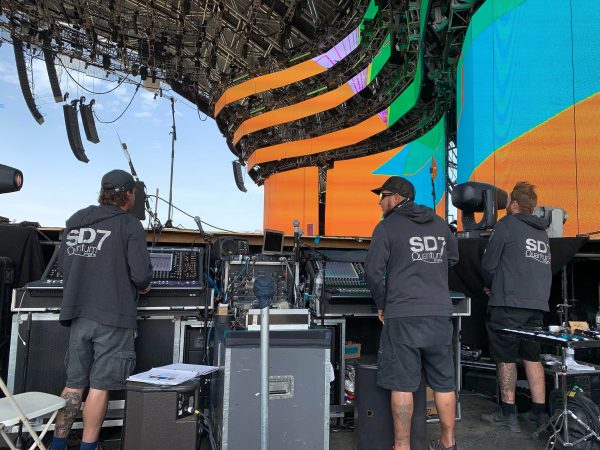 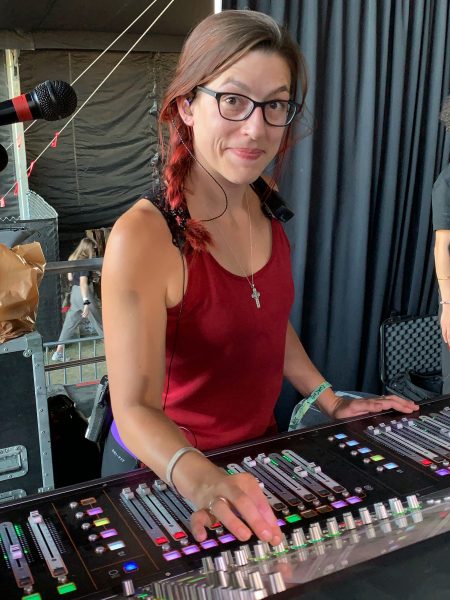 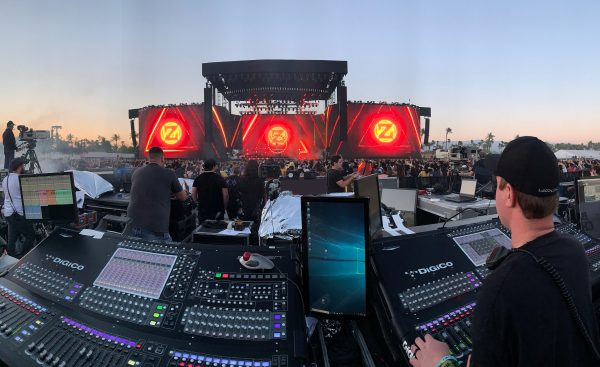