DiGiCo creates a spectacle with SD7 Quantum on 40-45

Musical theatre is always a challenge from an audio perspective: plenty of cues, a ton of I/O, masses of RF, and lots of bodies on stage. But here is the thing: 40-45 is not showing in a theatre. Equally, there is no stage or PA system. Instead, this unique production is set in a bespoke, expansive pop-up just outside Brussels with a 70m-wide blank canvas area, where the 1,600-strong audience, like the show's 50 cast members, is constantly moving – and listening entirely on headphones. At the core of its audio system is a DiGiCo SD7T with expander, running Quantum 7.

40-45 is a story of love and loss, centring around a family torn by religion and war during the German invasion of Antwerp in 1940. The ever-changing set (there are about 15 main scenes) is brought to life – and, at times, death, sadly – by a series of stunning LED screens, which act as glorious, harrowing, and exciting backdrops: there are RAF Spitfires, German motorbikes, resistance shoot-outs, and celebratory drinks in a Belgian bar. It is the height of interactivity.

This is an immersive experience from start to finish, where the audio quite literally moves around your head, and the audience quite literally rolls about, 200 at a time, on tribunes, each of which moves individually, with the occasional low-end rumble coming from down below courtesy of a subwoofer or two.

“No other console on the market could handle this show; the automation system, and the functionality of the DiGiCo Theatre software is worlds apart from the competition,” says sound operator, Igor Dockx, from the technical area, which houses a DiGiCo SD7T with an expander. “It is so much more capable, way easier to program, and more forgiving; and it allows you to make changes in real-time over multiple cues, which is a necessity here.”

There are always 20 to 25 actors ‘on stage’ at any one point – sometimes more – and many of these are singing, too. As a result, the SD7T expander is wholly dedicated to the 25-piece choir, with the main SD7T controlling the rest of the show.

“The idea is that the audience listens to the show through headphones, and the cast uses IEMs; the principles have a stereo mix each, and the choir members share a number of mixes, all of which are mono,” reveals Pieter Doms, 40-45’s main sound operator. “We are using all of the busses on the SD7T, so we’re running 140 channels total, and utilising 190 snapshots, as each show needs to be pretty much identical to the last. We then have 32 stereo mixes, and 33 mono auxes.”

The audio distribution system – designed by Amptec – was manufactured as OEM by Glensound: 800 bespoke headphone boxes, each with a built-in preamp, and 100% wireless; a stereo-mix is sent to the receivers located on each audience tribune, and from there, audio is distributed to the Amptec dual-boxes, located between the audience seats.

Igor Dockx is a big fan of the DiGiCo Dynamic EQ:

“We use at least one band of EQ on all of the principle cast members as a dynamic band to duck down [around the 3k mark] when they get really aggressive. We then use the DiGiCo channel compressor heavily – on the channel, and the group, and at the end of the chain on the summing buss. It works great.”

What has been a lifesaver for 40-45 is DiGiCo’s Quantum 7 engine. Thomas van Hoepen, who designed the show alongside Marc Luyckx, says efficiency was of paramount importance, and without Quantum, it simply would not have been doable.

“We tried making a show setup on a standard SD7, and ran out of channels quickly, especially due to all the Waves plugins we run via the SoundGrid server,” van Hoepen explains. “Productions are getting bigger and bigger, and people want more and more; and shows like 40-45 are just the beginning of what productions are going to be in the future. You want people to have a musical experience, and that’s what we have been able to achieve. Suddenly, we’re not restricted anymore; our creative minds can go wider, as the desk now allows you to go wherever you want with the mix thanks to Quantum.”

Gone are the days of limitations in terms of how an operator can use compression and EQ from the SD7, adds Dockx: “If you wanted one actor to benefit from compression, then they all had to use the same compression – it was a general thing. Now with Quantum you can really choose per aux send, individually, who is listening to what; this is nodal processing, which is extremely powerful, so much more convenient, and totally versatile.”

There are a number of challenges for this production, but the biggest is undoubtedly the fact everyone is experiencing the show on Sennheiser headphones, which means there is no sensation of acoustics – unless you have a Klang system, of course.

“We use the Klang system for the audience instead of the actors. It was important to create a listening experience to give the audience a feeling of normality while wearing headphones,” van Hoepen explains. “Listening to headphones is one thing but experiencing the feel of a musical is something totally different, so we had to somehow create a space for the listener. Klang allows you to have a distinction between front and back, and around your head.”

40-45 is putting on 10 or more sell-out shows each week – a great result for any new musical. But according to Thomas Van Hoepen, keeping the whole cast happy is an even greater achievement.

“Because of the nodal processing, we can give each cast member exactly what they want, and keep in mind we have 140 player settings in the desk for all the cast roles, which changes every show,” he says. “Furthermore, you have to keep those people satisfied with the mix you give them every time – and some people do an ensemble role first, then on the next show they’re a principle role. Seeing them content the whole time is quite something.”

Amptec’s David Liebens says, as a DiGiCo distributor, Amptec has been in contact with van Hoepen and Luyckx for some time about the possibility of using an SD7 Quantum for 40-45; and as the configuration of the show started to become clear, the possible use of the SD7 Quantum became more and more concrete.

“The ability to run the show on one surface during production, and at the same time having the ability to programme the show with two engineers was one of the most important criteria for choosing Quantum,” Liebens concludes. “Because the technology is very new, DiGiCo, Amptec, and Studio Haifax worked closely together to ensure that the sound engineers were able to programme and configure the show smoothly.”

No other console on the market could handle this show; the automation system, and the functionality of the DiGiCo Theatre software is worlds apart from the competition. 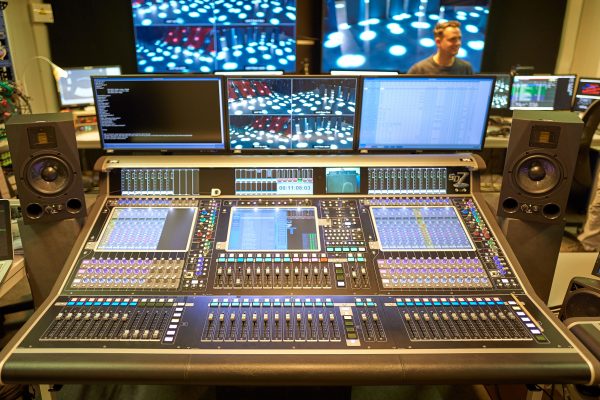 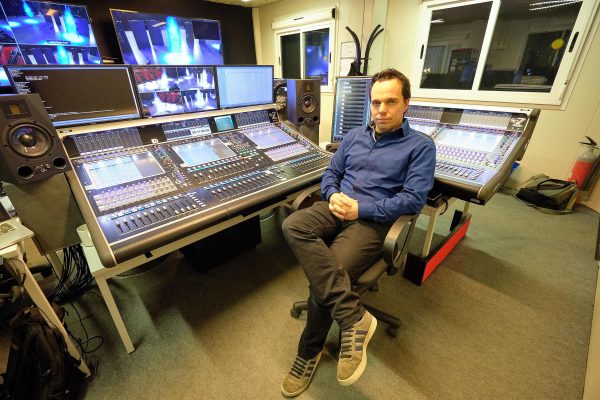 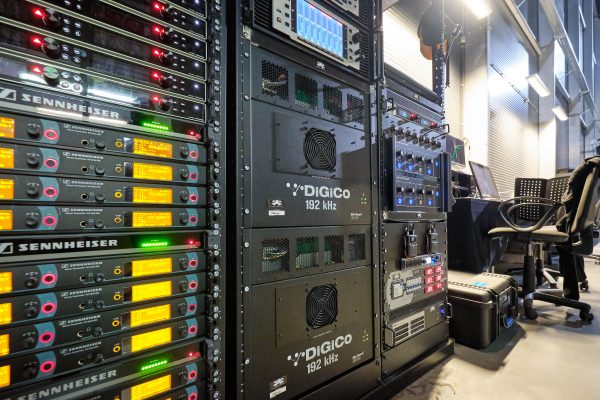 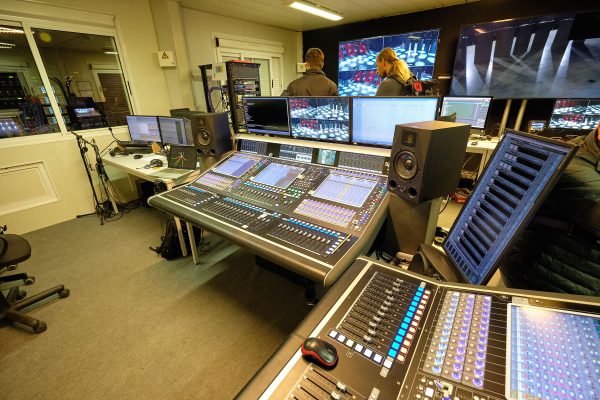 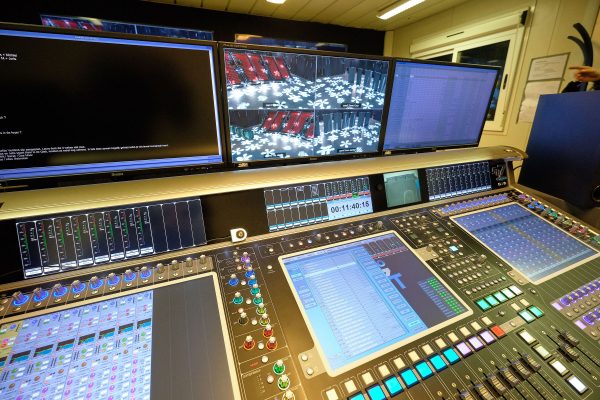 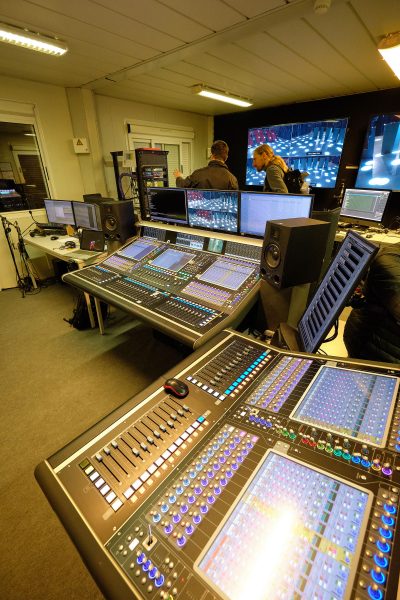