Backnang, Germany, 1.3.22 — German audio technology and solution company d&b audiotechnik has partnered with DiGiCo, industry leader in digital mixing solutions, to advance the accessibility and ease of use of the immersive audio system platform that is Soundscape. 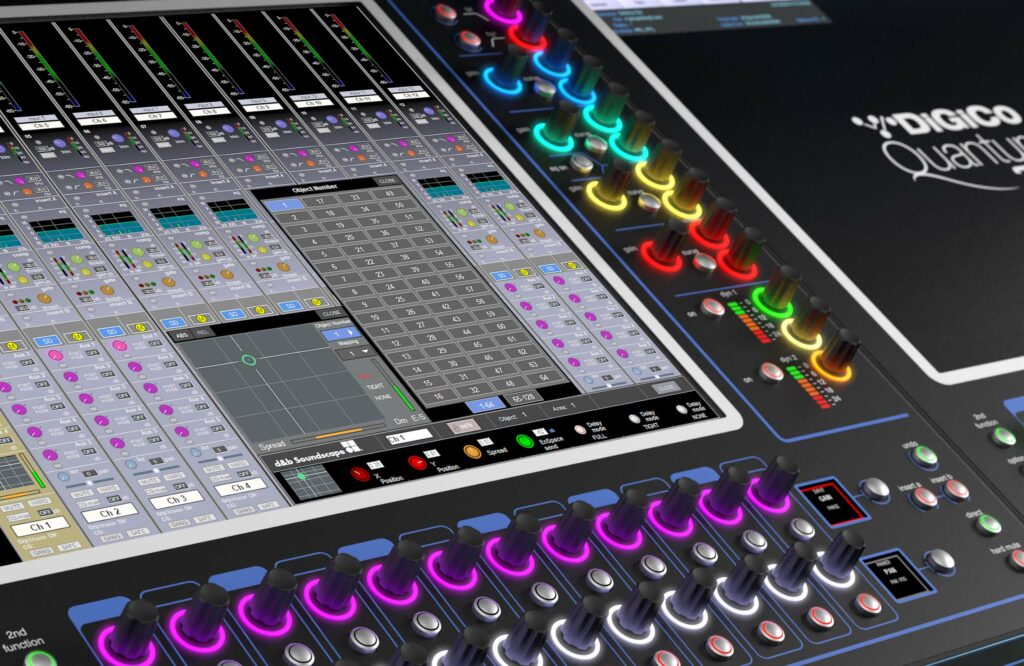 With this partnership, there will be a dedicated Soundscape User Interface fully integrated into the surface of all DiGiCo SD and Quantum consoles, allowing front-of-house engineers to control Soundscape object parameters on the DS100 on the consoles.

“By partnering with DiGiCo, we are ensuring that Soundscape is accessible to FoH engineers in their preferred mixing and automation environment,” said Georg Stummer, Product Manager, d&b audiotechnik. “This integration will allow Soundscape to become an intuitive part of their creative workflow and design repertoire. It is important to us that we take the object based capabilities of our high-performance immersive toolkit as close as possible to creatives and their existing production environment. Soundscape is defining the way spatial audio is used for live productions.”

The partnership made it possible to replace the generic OSC control for the DS100 on DiGiCo consoles with an intuitive Soundscape control interface, integrating new features like free assignment of DS100 sound objects and different mapping areas for each channel strip of the console. All parameters and assignments of Soundscape User Interface can be stored and recalled with the console Snapshot memory.

This integration can be expanded for bi-directional communication between the console and DS100, via the d&b software bridge (Remote Protocol Bridge) while also supporting setup with two DS100s. By controlling two DS100s in sync within a redundancy setup or up to 128 sound objects on two different DS100 from one console.

“At DiGiCo we recognise that immersive sound technology is gaining rapid industry acceptance and represents an exciting future for our industry. We want to ensure that FoH engineers, and sound designers can access this technology at their fingertips as a normal part of their workflow,” commented Austin Freshwater, MD at DiGiCo. “We are proud to partner with d&b to provide a seamless and efficient way to integrate Soundscape into show programming and operation with our consoles.”

“In a short space of time Soundscape has had an enormous impact upon both d&b and our industry,” commented Amnon Harman, CEO d&b Group. ”d&b is deeply committed to furthering our market leadership with this technology. This partnership with DiGiCo is an exciting next step in ensuring that our mutual customers can work seamlessly with our systems to realize their creative visions.”

Since its launch in 2018, d&b Soundscape has provided audiences worldwide with an immersive audio platform that shapes deep and intense connections between audiences and artists. Utilizing object-based mixing, Soundscape enables localisation and imaging of sound objects within the chosen sound design field. Soundscape can also modify or create emulated acoustic signatures, both indoors and outdoors. A d&b Soundscape system comprises: the DS100 Signal Engine, and two software modules, En-Scene, for object-based positioning; and En-Space for room-emulation. 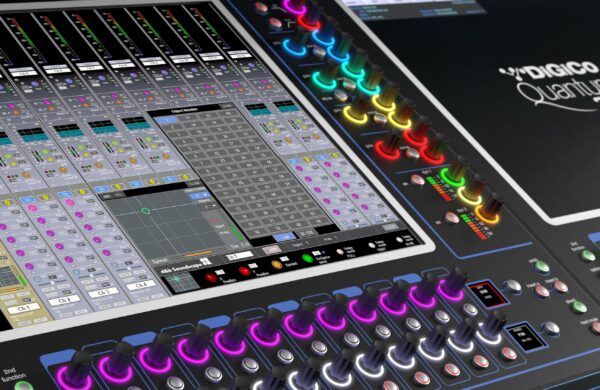